Even by the rigorous standards of the Jesuit order, Father Francisco Eusebio Kino was an overachiever. During the three-century colonial period between the Conquest in 1521 and the end of the Independence War in 1821, the Spanish overseas empire produced such great religious activists as Bartolomé de las Casas and Vasco de Quiroga. Yet for pure energy Father Kino surpassed them all.

Like Columbus, another representative of the Spanish colonial system who was not Spanish by birth, Father Kino was born in Italy. His birthplace was the Tyrolean village of Segno, in the Italian Alps, and the year of his birth was 1644. Kino’s early studies were in Switzerland, at the University of Fribourg, from which he graduated in 1665. Deciding he had a religious vocation, the intellectually gifted young man traveled to Landsberg, Germany, and entered the Jesuit order. Sent by the Jesuits to the University of Ingolstadt, in Bavaria, Kino studied theology, philosophy, mathematics and geography. After completing his studies at the university he was sent to the College Hala, in his native Tyrol, to serve as a teacher.

In 1678 Kino and three other Jesuits decided to embark on a journey to the New World. But he got no farther than Seville, in southern Spain. There he was required by his order to serve for three years before being permitted to cross the ocean.

Kino crossed the Atlantic in 1681 and was first posted to Mexico City, where he stayed for two years. In 1683 he was member of an expedition led by the conquistadores Antillón and Atondo to the northern regions of the Spanish domains. Making use of his European education, he functioned as a cosmographer as well as a missionary on this expedition.

But the ambitious friar wasn’t satisfied with the expedition’s results, feeling that too little ground had been covered. Making a personal appeal to the viceroy, Kino pleaded for more extensive colonization of the northern regions and, of course, more missionary activity. His request was granted and in 1687, at the relatively late age of 43, Kino launched his remarkable missionary career.

In the next 24 years Kino made more than 40 excursions to Mexico’s Northwest. His mission embodied both spiritual and practical elements. The territory he covered included not only what are today the Mexican states of Sinaloa and Sonora but also a vast region then called Pimería Alta and today known as Arizona.

In this vast region the Jesuits had been predominant since 1590. In that year the Crown decided that the mendicant missionaries (usually Franciscans) who accompanied the troops weren’t getting the job done when it came to bringing more souls to Christianity. So the Jesuits, who combined a vast fund of practical knowledge with a discipline that was almost military, were called on to fill the gap.

Jesuit influence in the Northwest reached its peak under the dynamic leadership of Father Kino. In order to bring them closer to the faith and to encourage productive commercial activity, the Jesuits encouraged the Indians to leave their scattered settlements (known as rancherías) and move to compact population centers. There they would have ready access to the mission for worship and prayer and would also be able to make important contributions of an agricultural and economic nature.

To each male was given a plot of land. But he had to give something in return. Stuart F. Voss, a specialist in the dynamics of regional history, records that “three days a week … he was required to work for the mission; tending herds of livestock, also belonging to the mission; or providing other special services, such as escorting travelers, constructing mission buildings, or defending against any enemies threatening the mission.”

Along with being a shepherd of souls and shrewd organizer and businessman, Father Kino also distinguished himself as a writer and linguist. Favores celestiales is a diaristic work he wrote about his missionary activities between 1687 and 1710, the year before his death. But recognition was slow in coming. It was finally published between 1913-22 by the General Archive of the Nation in Mexico City, under the title Las Misiones de Sonora y Sinaloa. Another book, Libra astronómica y filosófica, was published by the Autonomous University of Mexico in 1959 and reflects the versatile author’s wide range of expertise. In his dealings with the Indians he ministered to, Father Kino not only learned their languages but wrote vocabularies in such exotic tongues as Guaycura, Nabe and Cochimi.

When Father Kino died, the whereabouts of his burial site remained a mystery for over two and half centuries. His remains finally discovered in 1966 by a team of Mexican and U.S. researchers, near the Sonora town of Magadalena.

There is a statue of Father Kino in the Statuary Home of the Capitol in Washington D.C. It was commissioned because Kino is considered one of the forgers of a union that combines both Anglo and Latin America.

Father Kino’s death was followed by a period of decline. Later Jesuit missionaries had all of Kino’s business acumen but little of his spirituality. Their fervent desire to maintain economic dominance in the area inevitably led them into disputes with settlers. Having trained the Indians in such skills as weaving, wood carving and tanning, they didn’t want these skills going to benefit the settlers. Accordingly, they warned the Indians against contact with “sinful” members of the lay community and undersold the settlers every time they wanted to buy Indian lands or an Indian-controlled mine.

This led to a crisis in faith among the indigenes. The Jesuits, they felt, were growing rich at their expense, a situation that never would have occurred under the fair-minded administration of Father Kino. There were risings among the Indians, these growing so frequent and so severe that by the middle of the 18th century the idea of frontier expansion had given away to a completely defensive philosophy, one based on the erection of presidios, or fortresses. In 1767 the Spanish Crown expelled the Jesuits from New Spain.

An irony is that these tragic events only served to enhance the legend of Father Kino. During his lifetime the Jesuit fiefdom in Northwest Mexico was at its zenith. After his death it collapsed. 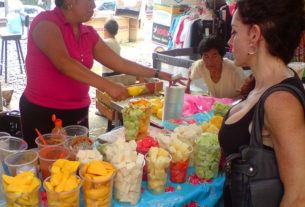 A Chance to See Egypt by Sandra Scofield

A Reasonably Comfortable Circle in Hell