One of the Mexican Tourism Secretariat’s flagship programs in recent years has been its Magic Towns designation. This is a program after my own heart, and one that was long overdue when it was finally begun in 2001. Mexico’s Magic Towns (Pueblos Mágicos) range from tiny, almost undiscovered villages on the coast to sizeable inland cities. What they all have in common is that they have some truly special cultural, historic or social importance.

One of the first Magic Towns to be accepted into the program was the fascinating island-village of Mexcaltitán in Nayarit, to which I devoted an entire chapter in my Western Mexico, A Traveller’s Treasury. Now, almost every state has at least one Magic Town; there are now (2020) more than 120 scattered across the Republic.

Towns accepted into the program have access to federal funds for publicity and improvements. For example, some of the towns have already relocated all those ugly wires that despoil so many Mexican towns safely underground, well out of sight. In all cases, a local committee oversees the projects, ensuring that local viewpoints are always to the fore.

Update – 2016 – Ten new “Magic Towns” have been announced, bringing the total number nationwide to 121. The latest additions are:

Mexico’s Magic Town (Pueblo Mágico) designation is given to inland destinations that offer a complementary tourism based on historic and cultural attributes. Between them, Magic Towns welcomed 2.3 million tourists in 2011. Mexico’s federal Tourism Secretariat has announced there will be 52 Magic Towns by 2012, when the promotional program is due to end. Mexico recently added two more towns, bringing the current total to 50 Magic Towns.

The following list of Mexico’s Magic Towns is accurate as of August 2008. Click on the names in blue to be redirected to an article about that particular place right here on Mexico Connect.

The Magic Towns, in approximate order of their date of designation, are:

While there are three towns on the list I have not yet visited (note to self: have to remedy that asap!), I’m very confident that all the places designated Magic Towns offer plenty of interest for anyone who wants to discover what makes Mexico such an incredibly fascinating place to explore.

The larger towns on the list, such as San Miguel de Allende, Todos Santos and San Cristóbal de las Casas, are already well known to many visitors. Personally, I prefer some of the smaller, lesser known towns such as Cuetzalan, Jerez and Real del Monte. I love the indigenous atmosphere of Cuetzalan, the storied stones of Jerez, and Real del Monte is on my favorites list not least because it is the only place I know in Mexico where you can buy decent Cornish pasties!

Which towns should be on the list and have not yet been so honored? Well, that would be telling… 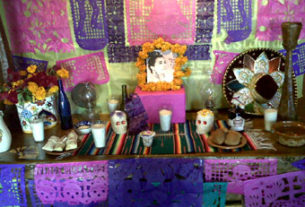 2 thoughts on “Did you know? Mexico has more than 100 Magic Towns”

Legends and lore of Oaxaca: A man named Crecencio