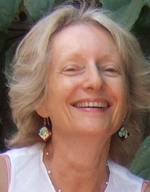 I was born in the north of England in 1948 and at the age of one moved, with my parents, to Africa. I spent my childhood and early teens in Uganda and later in Kenya. My later teenage years were spent in Sri Lanka. Education was at a private boarding school in England.

I spent 20 years of my life working in the music business in London as a record company executive.  I finally quit and joined a small group of people who organised overseas expeditions for school students and spent eight years recruiting expedition leaders for the teams.

Prior to coming to Mexico I spent about six years renovating old houses – buying a house,  living it it, doing it up, selling it and buying another.  My greatest passion is traveling and I like nothing better than getting on a plane to somewhere I have never been to.

See all articles by Ros

Propane gas is the norm for hot water, cooking and heating in your Mexico home