Because I volunteer a few days each month as a Mexican genealogical consultant at the Los Angeles Family History Center, many people have asked me for assistance in tracing their indigenous roots in Mexico. For three hundred years, Mexico was blessed with an exceptional record-keeping system. For the most part, Spanish padres in the small Mexican parishes were very diligent in recording the lives of their parishioners. In many parts of Mexico, expedientes de bautismos, matrimonios y defunciones provide family history researchers with interesting details about the lives and origins of their ancestors that cannot be found in most other countries. It is possible for people to trace their indigenous roots in Mexico, but it may involve a little bit of work and creative thinking. Depending upon which state your family came from, you may have great success or you may have very limited success. Your success depends upon several inter-related factors.

Up until 1821, most Spanish priests recorded the racial classifications of the persons they baptized and married. The Spanish racial order included a large variety of categories that included español (White), mestiso, mulato, indio, coyote and lobo. Although this method of categorization was, in our present-day eyes, a very racist and degrading system, it does offer the researcher and family historian some insight into their own ethnic makeup. After 1821, the racial classifications were made illegal.

If a person is trying to determine the name of the Indian tribe from which they descend, they may be disappointed. The assimilation and mestizaje of the Mexican people started early in the sixteenth century and continued at various levels for the next three hundred years of colonial Mexico. In many parts of Mexico, Indians lost their tribal identity early on. And intermarriage among various indigenous groups was common, thus obscuring one’s descent from a particular ethnic group.

The processes that took place differed from one region to another, but the effect was the same for the majority of Mexico’s native peoples. The existing social structures disintegrated and blended into more dominant Indian groups or assimilated into the central Hispanic culture. The pre-Hispanic cultural link that had been handed down from parents to their children was severed. A new religion, Christianity, replaced the old religions. And two languages – Spanish and Náhuatl – became the primary languages of the subdued tribes, who essentially evolved into what we now know as the Mexican people.

Because converted Indians were now God-fearing Christians, they no longer felt pride in or reverence for their old cultures. So, after being Christianized and Hispanicized, many indigenous people assumed Christian given names and Spanish surnames.

To help with the social and religious transformation, the Spanish authorities brought peaceful sedentary Christianized Indians from other parts of Mexico into the region. These so-called “civilized” Indians were given the task of helping their Indian brethren to adapt to the new Christian way of life under Spanish tutelage. These Indian groups – the Tlaxcalans, the Mexica, Otomí, and the Purépecha, among others – had all undergone the same experience several decades earlier.

The result of this social and cultural transformation is that many people probably are descended from many kinds of Indian tribal groups. A person from Sain Alto in Zacatecas, for example, may be descended from the Zacatecos Indians who were indigenous to the area, but may also be descended from Otomí, Tlaxcalan and Mexica Indians who settled in the area during the sixteenth and seventeenth centuries.

Because of the “lost identity” of so many indigenous people, most parish priests employed the generic terms “indio” or “india” to describe the persons being baptized or getting married in their parish books. The following excerpt from a 1773 document in Lagos de Moreno, Jalisco – translated into English – describes the marriage of two Indians:

Note that the José Dionicio Delgado and his bride Rita Quiteria de Lara are both called Indians, without reference to a specific tribe. This was a widespread practice through many parts of Mexico, where the Indians simply assumed or were given surnames. It is worth noting that surnames such as de la Cruz and de los Reyes were frequently given to Indian peasants by their parish priests.

There is no better example of the generic use of “indio” than the baptism of the famous son of Oaxaca: Benito Juárez:

“In the Parish Church of Santo Tomas Ixtlan, on the 22nd of March of the year of 1806, I, Father Mariano Cortabarria, assisted by Vicar Antonio Puche, baptized solemnly BENITO PABLO, son of Marcelino Juárez and Brigida Garcia, Indians of the village of San Pablo Guelatao, belonging to this main district; his paternal grandparents are Pedro Juárez and Justa Lopez; the maternal grandparents: Pablo Garcia and Maria Garcia; the godmother was Apolonia Garcia, an Indian and the wife of Francisco Garcia, and whom I advised of her obligation and spiritual parentage, and in witness thereof we signed the present act.” [Source: Pere Foix, Juárez (Mexico, D.F.: Editorial Trillas, 1949), p. 23.]

We know that Benito Juárez was a Zapotec Indian, but because he was born into a Christian Mexican family, his parents were simply given the generic classification of “indios” in the church recording of his baptism.

In some states, such as Sonora, Chihuahua, or Coahuila, church records occasionally reference a specific kind of Indian tribe. In Ciudad de Chihuahua, marriages between “indios de Tarahumara”and “indios de Yaqui” are commonly found in eighteenth century records. Such marriages took place because Yaqui laborers from Sonora and Tarahumaras from southern Chihuahua came in significant numbers to the city looking for employment. As an example, the following marriage took place in 1751:

“On the 12st of May of 1751, Father José Ruis de Mexa, having resided over everything that is right, and finding no impediments to marriage resulting, married in the face of the church, BALTHASAR, a Yaqui Indian from the Pueblo of Saguaripa, with MARIA ROSALIA of the Pueblo of Torimp….”

As you can see by this document, the two people being married do not have surnames. Eventually, all Mexicans would adopt surnames, but in the 1600s and 1700s, some native inhabitants lacked surnames. This poses a major stumbling block to researching indigenous roots.

However, some tools are available to assist researchers in analyzing ancestral records. The International Genealogical Index (IGI) for Mexico contains almost 30 million extracts for Mexico. The IGI and other associate databases can be accessed at this website.

Regardless of the amount of mestizaje and cultural assimilation that may have taken place since the sixteenth century, the indigenous identity of the Mexican people was preserved well into the twentieth century. In the 1921 census, 4,179,449 persons claimed to be “indígena pura.” These pure indigenous individuals represented 29.16% of the Mexican Republic’s total population. Even more people, however, recognized the duality of their ethnic identity. In the same census, 8,504,561 Mexican citizens classified themselves as “indígena mezclada con blanca,” representing 59.33% of the nation’s population. The population who acknowledged that they were “blanca,” amounted to only 9.8% of the population.

Tracing indigenous roots in Mexico can be a rewarding and exciting experience, but the most important factor in tracing your family tree is to accept whatever results you find. When a person has fixed expectations, they are likely to be disappointed. In my own research over the last 16 years, I have found that every Mexican family has a blend of both Spanish and Indian roots.

Sterilization of Indians in Mexico 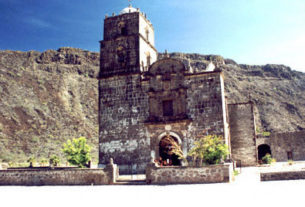 2 thoughts on “Tracing Your Indigenous Roots in Mexico”

Mexican turkey in a dark spice sauce: Chilmole from the Yucatan