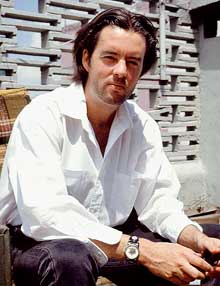 Anthony Wright was born in Melbourne, Australia. He graduated in film production at the Royal Melbourne Institute of Technology, was employed in various occupations and traveled through 20 countries before settling in Mexico City in 1993. He lived and worked as a journalist before returning to Melbourne in 2001.He completed an education diploma at the University of Melbourne and worked as a teacher. He returned to Mexico in 2008.

His fiction, journalism, poetry and photography have been published in Australia, Mexico and the United States, and his art has been exhibited in the same three countries. He is married and has two children.

See all articles by Anthony