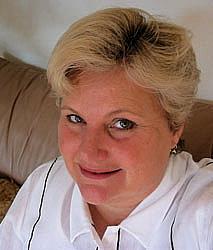 Teresa A. Kendrick is a professional journalist, writer, researcher, editor, and publicist who has lived and worked full-time in Mexico since 1994. She is the author of the book, “Mexico’s Lake Chapala and Ajijic: The Insiders Guide to the Northshore for International Travelers,” published in June 2000, and numerous articles on travel, fine art, folk art, health and culture. She is a former newspaper columnist, radio and television reporter. In 2003 she was selected to join the team of journalists to cover the world APEC conference in Baja California, Mexico.

Teresa recently served as editor for the book, “Head for Mexico The Renegade Guide” by Don Adams, published in September 2003. She is currently working on a fiction project and updating the Lake Chapala and Ajijic “Insiders Guide” for 2004, as well as other projects for clients. In June she cheerfully joined the MexConnect staff as marketer and general aide de camp.

See all articles by Teresa