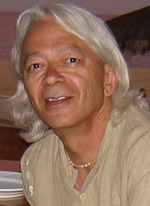 An out-of-work guitar player, Ed Kociela is an expatriate newspaperman who has won numerous awards from the Associated Press and Society of Professional Journalists but now works as a freelance writer based in San Jose del Cabo, Mexico.

His career includes stints as a sportswriter, rock critic, news reporter and columnist. His play, “Downwinders,” was one of only three presented for a series of readings by the Utah Shakespeare Festival’s New American Playwright series in 2005. He has also written two screenplays and is in the process of searching for the words to put together a couple of books that have sat dormant for far too long.

You can find him, hand-in-hand, with his beloved Cara, walking the beach, strolling through the local art district or sitting at his favorite gawking place outside a friendly little cantina.

See all articles by Ed Kociela