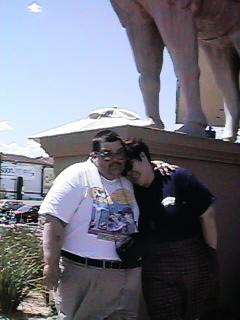 Dean and Yoly Hughson live in las Vegas Nevada but their hearts are in Mexico. Dean, a graduate of the University of Missouri-Kansas City made his first trip to Mexico in 1969 and since then has spent much time driving around and exploring. He is an international consultant in eggs and has traveled worldwide.

Dean met Yoly through a blind date setup by friends in Mexico City via fax in 1991 and they married in Las Vegas shortly thereafter. She graduated from the University of the Americas-Puebla and had a career in Mexico in industrial psychology. They raise 3 dogs,1 cat, and make frequent trips into Mexico. They serve on the Board of Directors of Dentists To The World, which provides free dental care to those in poverty in under-developed countries.

See all articles by Dean & Yoly