Mexican History
As you may know, there are Brujas Blancas (white witches) and Brujas Negras (black witches). The white witches do good and the black witches cast spells for which mean or envious people pay them. Most witches also practice as curanderas, or practitioners of herbal medicine and home remedies. During the Inquisition witches might be put death for their un-Godly practice.

Neither the witch or the curandera is likely to put out a sign announcing their profession as do medical doctors. But if you drive down a street and see a line of people outside a house, you can figure someone is either selling tortillas or it is the house of a curandera. If they also practice witchcraft, it is knowledge that not everyone has. Whether or not you believe in witchcraft is sort of a personal thing. There are stories that make one wonder.

Joel is a cousin of my wife Chela. When Chela was a little girl Joel used to hang around with her dad, helping him with his produce business and was kind of like one of their family. Joel is a nice guy. Until recently he hauled lumber for his patron, chauffeured him around, and I guess did odd jobs for him. Joel is slender, somewhat handsome, with wavy hair, light complexion, and has blue eyes. He is a good father and husband; that is, he takes care of his family.

Less than two years ago Joel became ill. He spent a great deal of time in bed and spent a lot of money on doctors and medicines. The doctors were apparently not able to diagnose his sickness, and in the meantime he was losing weight and, at times, could hardly get out of bed. When he tried to drive the truck, sometimes he would have to pull over to the side of the road because of dizziness. After a year of this progressively worse condition his brother suggested that he see this curandera who also practiced witchcraft. At first Joel, being a somewhat rational and religious person dismissed the idea as foolishness. However, as his condition worsened he finally gave in.

When they visited the curandera, she said that a doctor could not help him, that a neighbor was the problem, probably paying some one to cast a spell on him. Joel found this difficult to believe because he knew of no neighbor who might do such a thing. She said he had to wear red socks and underwear, both inside-out. Although the brother had a lot of confidence in the ‘ bruja‘ Joel did not. However he bought the red socks and shorts and wore them. She also prepared a ‘cruz de caravaca’, (a cross with several cross members), especially for him, and told him to hang it from his neck with a red cord. He did as he was told and began to feel much better, walking, working and eating. Then, on a visit to the local produce market he began to feel horrible. He began to have trouble breathing, like he was being choked. He called his brother because he was not able to drive. His brother brought the curandera to the market. He tried to explain how he felt. She could not figure out what was wrong.

“Are you wearing your red socks?”

“Are you wearing your red shorts?”

“Do you have the cross?”

“Yes, here it is.” He took hold of the cord and pulled it from inside his shirt.

She cringed. “Why are you using a black cord when I told you to use a red cord?’

“The red cord broke and I didn’t have another red one.”

She made him remove the cross and took it from him. She began to order the ‘bad spirits’ to abandon him as in some sort of ritual. Joel’s throat began to loosen up and he began to breathe normally and felt much better.

“Do you want me to transfer the spell to the one responsible for casting it?”

Joel, being a nice guy, replied, “No, I only want to be well.” However, a short time later a close neighbor died. Joel wandered if the ‘ bruja‘ had anything to do with it. Anyway, that was the end of his illness. Chela is something of a tease, and when she sees Joel she asks him if he is still wearing his red socks and underwear.

One bad aspect of witchcraft in Mexico is that some people tend to blame any misfortune on someone casting a spell on them. It creates a lot of animosity. Do not assume that these are rarities. It is very common though perhaps not commonly known, even among good Catholics. As a matter of fact, the belief in the supernatural is intermingled with their church beliefs in ways that are incredible. The influence of the ancient pre-Hispanic cultures still exists.

If you are traveling around in Mexico you might want to be especially nice to little old ladies.

Cozumel – Island Of Many Faces 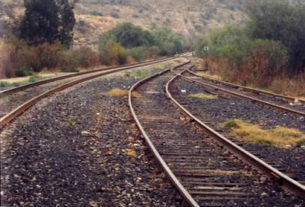