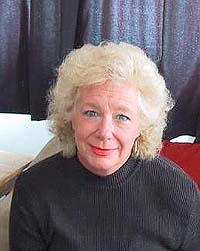 Having spent most of her life in the corporate world of insurance in the United States, Janet Stanley moved from her home in the mountains west of Denver to the high valleys of Oaxaca, Mexico. Here she spent several years intensively learning Spanish so she could better explore the culture and ways of the Mexican people. She has developed close relationships with several indigenous families and pays the educational expenses of two Trique Indian girls: one in kindergarten and one in high school.

In her spare time, Janet writes about her impressions of Mexico. She concentrates heavily on the lifestyles of the indigenous people, especially the changing role of women in the state of Oaxaca. For research, she draws upon her own daily experiences, the oral histories as told to her by her Mexican friends, and the resources available in the city of Oaxaca, especially those of La Casa de la Mujer, a non-profit organization whose goal is to assist and advance the cause of women in Oaxaca.

Janet relies on the encouragement of her family in the U.S.A. Although they do not always understand her non-traditional lifestyle and long periods of absence, they always provide support and acceptance. Without this, her life in Mexico wuld not be possible and she is deeply grateful.

Janet has traveled extensively in Mexico.
She lives in the city of Oaxaca and writes about her experiences there.

See all articles by Janet