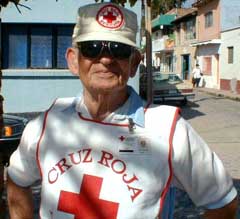 I started my “writing career” at Stamford High School in 1937 when I was editor of the school newspaper. We were members of the Scholastic Press Association, sponsored by the Columbia University School of Journalism and attended two seminars a year. (Fall and Spring) I played football and baseball in high school so upon graduation in 1938, I elected to go to the University of Conn to play ball rather than Columbia to study journalism. (I’m not sure but I think it was a graduate school, but maybe you could enter it with two years of college. My goal was to be a sports writer).

WWII changed all my plans and after three years in the Pacific, my attention span was shot. Besides, I retired from active duty in January of ’46 and school didn’t start until September. By the time September rolled around I had a $100-a-week job and was engaged, so #30 to journalism (I was offered $30.00 a week by the Stamford Advocate).

Maybe I should have taken it. At that time time Walt Kennedy who became the first president of NBA was the sports editor. He really liked me and maybe I could have gone along with him. Another “I should have.” Anyhow I spent some 53 years in the wholesale floor covering business. I wrote sales letters (some of the most “creative” writing in the world). I also handled publicity for the Juvenile Diabetic Association. (I have a diabetic son.)

Retired to this area (Lake Chapala) in May of ’91. Became involved with Ojo Del Lago and continue as a staff writer for them. I have been treasurer of the Chapala delegation of the Mexican Red Cross since 1993 and handle their publicity.

See all articles by Shep