It is inevitable that comparisons will be drawn between José Morelos y Pavón and his mentor and predecessor, Miguel Hidalgo y Costilla. Both were Roman Catholic priests of casual vocation who fathered illegitimate children, both were intensely drawn to political activism and both were charismatic leaders of Mexico’s independence movement.

Yet it would be unfair to both men to depict them as Tweedledum and Tweedledee. Hidalgo, who had been rector at Valladolid’s San Nicolás College while Morelos was a student, surpassed Morelos in intellectual attainments. Hidalgo was of white middle-class creole background while Morelos came from the working classes and was of mixed blood. Both were visionaries and idealists but Morelos was far more skilled than Hidalgo as a military leader and organizer.

Morelos, Hidalgo’s junior by twelve years, was born in Valladolid (today named Morelia in his honor) in 1765. His father was a carpenter. Because of the rigid caste system that prevailed in those days, his family registered him as being of pure Spanish descent. Yet the quasi-official Diccionario Purrúa declares that he had Indian and African blood on his mother’s side.

Between 1779-90 Morelos worked on a sugar cane hacienda near Apatzingán, Michoacán. Though he may have labored in the fields to begin with, he rose to a white-collar position as a scribe and accountant.

Morelos’s official relationship with the Church began at the relatively mature age of twenty-five, when he enrolled at San Nicolás College where Hidalgo was serving as rector. There he studied Latin grammar, rhetoric and moral philosophy. In 1795 he entered the Tridentine Seminary in his home town, taking courses in philosophy and moral theology. In April of that year he traveled to Mexico City to receive a bachelor of arts degree from the Royal and Pontifical University. In December 1796 he was ordained a subdeacon and sent to Uruapan, Michoacán, as assistant parish priest. There he taught grammar and rhetoric. In September of that year he was ordained a deacon and the following year a priest. In 1798 and 1799 he served as curate in the Michoacán villages of Churumuco, La Huacana, San Agustín Carácuaro and Nocupétaro, building a church in the latter community which was completed in 1802.

Life wasn’t all study and prayer for the energetic young priest. In 1803 he fathered a son by a Carácuaro woman named Brígida Almonte and in 1808 another son by María Ramona Galván, a native of Nocupétaro. A daughter was born in Carácuaro the following year.

This brings us to 1810, that fateful year in Mexican history when events intervened to bring a halt to Morelos’s activities as both a spiritual and biological father. Morelos first heard of Hidalgo’s rising at the beginning of October 1810, when he was ordered to announce the ban of excommunication against Hidalgo in his church. Appalled at the idea of taking such a step against his old mentor, Morelos went off to seek Hidalgo and get more information about his movement. The two met at Charo and Indaparapeo, both communities in Michoacán, and Morelos immediately pledged allegiance to Hidalgo’s cause. Hidalgo gave Morelos a commission to foment rebellion in the southern coastal regions of Michoacán and Guerrero.

Though Morelos never had any formal military training, he was a born soldier with a natural feel for strategy, an instinctive grasp of tactics, a gift for organization and an imposing command presence. After his meetings with Hidalgo, Morelos went to Carácuaro where he recruited and armed 25 men. Then he ranged through Michoacán, picking up followers and weapons in Nocupétaro, Cuahuayutla and Zacatula. Crossing the border into Guerrero, he increased his forces in the Pacific coast towns of Petatlán and Tecpan. In Coyuca, near Acapulco, he conferred with Juan Alvarez, one of the most redoubtable rebel leaders in the southern region. In Guerrero he also acquired his first artillery piece, a small cannon which he and his followers nicknamed El Niño.

Hidalgo and Allende were captured in March 1811 and Morelos then became de facto leader of the rebellion. On May 24, 1811, his troops captured Chilpancingo, capital of Guerrero state. From there he moved to Cuautla, only 40 miles from Mexico City. Realizing that it was time to send in the first team, the royalists dispatched their best general, the redoubtable Calleja, to oppose Morelos. Though Calleja ringed the city, Morelos succeeded in breaking the encirclement. Moving south, he scored a resounding victory on November 24, 1812, when his forces occupied Oaxaca, then the largest and richest city in the southern region. He continued to operate in the south through most of 1813 but in December was emboldened to try and capture his home town of Valladolid.

The attack, launched on December 23, failed mainly because of a daring royalist cavalry charge led by a young officer named Agustin de Iturbide. After that, Morelos entered a period of irreversible decline. His depleted forces suffered a succession of defeats, the insurgent Congress relieved him of some of his powers and on November 5, 1815, he was captured by a royalist patrol led by Matías Carrasco, an ex-follower. Like Hidalgo, he was defrocked by the Church and also suffered the painful ordeal of having the holy oils scraped from his hands. Though some onlookers wept openly, Morelos endured the painful experience with exemplary courage and stoicism. On December 22, 1815, he was executed by firing squad at San Cristobal Ecatepec, some twenty miles north of the capital. Though Morelos died in official disgrace, rehabilitation was not long in coming. His home town of Valladolid was re-named Morelia in 1828 and a large monument now stands at the spot where he was executed.

To think of Morelos simply as a priest and soldier is like thinking of Churchill as purely a painter and bricklayer. Morelos was an intensely political man, with well-defined ideas on the direction he wanted the independence movement to take and the social order he wanted to create. Miguel Hidalgo’s grito was not a declaration of independence but a defiance of the Napoleonic regime in Spain and a pledge of allegiance to deposed Bourbon monarch Ferdinand VII. At first Morelos went along with his mentor but his views soon began to change. By 1813 Hidalgo was dead and Morelos was now the leading figure in the independence movement. In September 1813 a Congress met in Chilpancingo and announced a set of principles that began with the assertion that “America is free and independent of Spain and any other nation, government or monarchy.” The Congress also called for abolition of caste distinctions and recommended that people should no longer be classified as whites, Indians, mestizos, mulattoes, etc. but simply as Mexicans. Had this principle been prevalent at time of Morelos’s birth, he family would not have had to falsify his ancestral background.

Was Morelos something of a premature socialist? Lucas Alamán, the conservative historian, called attention to a document written by Morelos and titled Medidas Políticas. In it he called for confiscation of property held by the rich and nobles, confiscation of Church property (this from a priest!), and breaking up all haciendas greater than two leagues into smaller plots. But later historians have pointed out that Alamán published an incomplete, abbreviated copy that contained many distortions and deletions from the original.

Whatever one wishes to believe, and whether or not one agrees with his views, nobody can deny that José Morelos y Pavón, an imperfect priest of humble background, was one of the most compelling and dynamic figures in Mexican history. 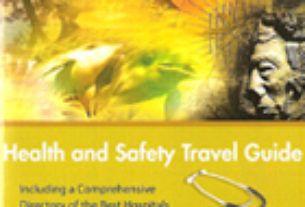 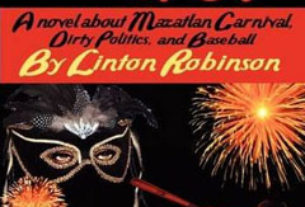