One of the most puzzling aspects of marketing for the newly arrived resident of Mexico is shopping for meat. It is frequently cut differently than it is north of the border, to accommodate Mexican cooking techniques. At first glance, the contents of the glassed-in meat counters in the mercado seem to resemble the “Texas Chain Saw Massacre” rather than any familiar cuts of meat. Even in the supermarkets, labels are often confusing.

The basic cuts are not so different, but the way they are broken down often is. However, meat can usually be cut to order if the shopper has the right nomenclature. This is also true for those living outside Mexico and trying to prepare Mexican recipes. What to use for authentic fajitas, guisados, or asados? In response to reader requests, we’ll take a look at Mexican beef cuts, how they are used, and what they are called.

Beef in general is called carne de res. Ground beef is molida de res, and Mexican butchers will grind any cut requested, which is good news for those wanting extra lean ground meat. With all the recent scares about pre-ground beef in the U.S., it is somewhat reassuring to get the meat custom ground. If the beef is to be finely chopped instead of ground, ask for picada.

The same holds true for milanesas, or cutlets. The butcher will cut them to order right in front of the customer, and then pound them to the desired thickness. Vigilance is recommended here. If not watched carefully, the carnicero will pound them until they resemble slivers of Swiss cheese. The customer then brings them home, dips them in egg, and, with a rolling pin, presses as many breadcrumbs into the slices of meat as they can hold, fries them, and serves milanesas de res, a classic Mexican way of extending a small quantity of meat.

With the exception of roasts, which are not served frequently, and grilled meat, Mexican butchers usually cut beef into thin slices or cubes. The pre-Hispanic people did not have bovine or porcine red meat, and the colonials most often had servants to cut the meat into the small pieces frequently found in Spanish dishes, a job is that is usually done today at the carnicería (butcher shop.) Butchers also do a painstaking job of removing fat, and sometimes have to be stopped from cutting off too much of this carrier of flavor, since Mexican beef is generally leaner and less well-marbled than that found in other places. For this reason, many Mexican beef dishes are braised or stewed.

Mexican beef is generally not aged, making it tend toward toughness, so that meat to be treated in any other way but stewing or braising benefits greatly from marinating. The ubiquitous bisteces (beefsteaks) are nearly always cut from a non-marbled piece of meat and marinating is highly recommended. (In recent years, the importation of grain-fed beef from the U.S. and Argentina has made tender beef more readily available in restaurants and urban supermarkets. According to the 2007 Annual Livestock Report for the Republic of Mexico, 85% of the beef imported into Mexico comes from the U.S. The Mexican cattle industry, in working to gain self-sufficiency, is currently focusing on increasing its calf production.)

Besides not being aged, beef in Mexico is also not generally thickly cut, even in supermarkets, where recognizable cuts such as rib eye are often much thinner than what foreigners have in mind for a “thick, juicy steak.” The exception to this is in the northern part of the country, where the beef is generally cut thicker than in the south. A thicker-cut steak is sometimes called a chuleta, while the bistec is usually cut thinly.

When asking for a whole piece of meat, as opposed to having it cut into cubes, ask for it en trozo, and specify how many kilos are needed. The butchers have a good eye for estimating weight in cutting a piece for, say, pot roast. Again, butchers are quite accommodating as far as cutting to order, but if shopping at a mercado rather than a supermarket, it is advisable to get there early, before all the meat has been cut.

The other reason for getting to the meat section of the market early is that many of the stalls keep the meat unrefrigerated. Here in cool Central Mexico, this is not of much concern during most of the year, and lately I’ve noticed that more of the larger stalls in the markets are keeping their inventory in meat lockers, with only some cuts displayed in the glass cases. However, in the warmer tropical areas of the country, it is advisable to get to the carnicería early.

In researching this article, I used several sources, including charts of beef cuts from both Mexico and the U.S., as well as the chart at my favorite carnicería, along with several conversations with the very patient butcher. These all combined to help me sort through this topic, although it will always be a work in progress and involve discoveries of regional words. (Organ meat is a whole other topic, not included here.)

In presenting the information, it seemed pointless to simply list the vocabulary for the various cuts, so I chose to break it down into categories headed by the basic cuts and the recommended cooking methods for each. The information is accompanied by a diagram that shows the major sections and, within them, the cuts most likely to be requested by foreigners. It might be helpful to take along and point out what you want, at least until the butcher becomes accustomed to your preferences. While the most commonly used names for different cuts of beef are used here, there are regional, and even local, variations. The norteños, in particular, have different ways of cutting and labeling meat, as do the butchers in Chiapas.

Recipes for using different cuts of meat follow the article. Next month: Pork and Lamb.

This is the topmost part of the forequarter, used for chuck roasts, both boneless and bone-in. The upper part of the chuck, directly behind the head, is called the pescuezo (neck), used for making the fortified beef broth called jugo de res. The paleta (shoulder) is used for chuck steaks and pot roasts. The rest of this cut is simply called diezmillo. Cross rib pot roast, also called boneless English roast, comes from the bottom part of this cut, while blade roasts and steaks come from the upper portion. Since these are not common cuts in Mexico, order ahead (the diagram should help) or chances are that they will have been cut for milanesas, bisteces, or carne para guisar (stew meat.)

This is located under the chuck. The front part of the chest, above the fore shank, is generally used for res para guisar (stewing beef). The back part of the chest is the flat cut Americans generally think of as brisket. This is a cut that would usually be cut up for stews in Mexico, and one of those that needs to be specially ordered or custom cut early in the day. Corned beef brisket is not often found in Mexico, but when it is, it is called pecho curado.

This is directly behind the chuck, and is sometimes called rosbif in Mexico. Bone-in rib roast (standing rib roast) is cut from the upper part of the rib section, though this will most likely have to be specially ordered as trozo de rosbif or costillar. Rib eye steaks – also called rib eye in Mexico – and boneless rib roasts, are cut from the lower part. Rib eye steaks can usually be found already cut as such in supermarkets. Other rib steaks are called costillas chuletas. The lowermost part of the rib yields part of the agujas cortas (short ribs), another common supermarket offering.

Under the rib cut, the short plate has the lower short ribs, also called agujas cortas. (There is a cut of chuck steak, used for grilling, that is called “aguja” in parts of Northern Mexico and, though the name is the same, one look tells that this is definitely not a short rib.) Although the entire cut goes by this name, the lower part of it is the skirt steak, or arrachera. This is sometimes mistakenly called flank steak, because it does run along the flank, but the skirt steak is the diaphragm muscle. It is on the tough side, but can be marinated and grilled, and is the cut of choice for fajitas. Confusingly, the literal translation of “skirt” is “falda” which is the name for flank steak. However, the best fajitas are made from arrachera, not falda.

Located behind the rib section, this is usually the tenderest cut of beef. From it comes the filete (filet mignon), also called tenderloin in English and solomillo in Spanish. Tenderloin steak pounded to a very thin 1/8 inch is called sábana, and used to prepare the common restaurant dish Steak Tampiqueña. Puntas de filete are beef tips. This cut also yields the T-bone steaks (the same in both languages), a cut commonly found in Mexican supermarkets, as well as porterhouse steak, called chuleta de dos lomos. Tenderloin (filet mignon) can be cut from either of these. The lowest part of this cut is mostly bone and sold as retazo con hueso (soup bones.)

The flank is located under the filet, along the sides of the beef. It is a cut of meat that benefits greatly from marinating. It can be used for fajitas, although arrachera is preferred. North of the border, it is used for London broil, but in Mexico it is the cut of choice for carne deshebrada (shredded meat) used to make the beef salad called salpicón, and in any number of cornmeal-based snack foods, such as taquitos and chalupas. The fatty piece under the falda is the panza or pancita, sometimes used to make a rather fatty stew called mole de panza. Between the falda and the lower rump is the suadero, not usually found on charts and generally only cut to make tacos de suadero, most often found in Mexico City.

Aguayón: Sirloin (Broil, pan-fry or, for the tip, braise)

The section of beef behind both the short loin and the flank, the sirloin yields steaks, both boneless and bone-in. A sirloin steak will often go by the same name in Mexico, especially in the supermarkets, but may also be called a chuleta de aguayón or a chuleta de aguayón solomillo. The lower portion of the sirloin, called the sirloin tip, is used for tip steaks or tip roast, but this is not a common cut in Mexico, and for a sirloin tip roast, order aguayón en trozo.

Tapa: Round (Braise or stew)

Although the entire cut is referred to as the tapa, this term is also used for the top of the cut, source of rump roast. The middle section is called the cuete, which yields bottom round roast and eye of round. Cuete is one of the few cuts cooked as a whole roast in Mexico. Many foreigners find it not marbled enough to make a good pot roast, but Mexican cooks make incisions in the meat and insert pieces of bacon, and sometimes also serrano ham. The lower part of this cut is called the bola, and less frequently empuje, which yields tip roast and tip steaks. The bola is also the source of the cut called churrasco in Mexico, although the same name is used in other Latin American countries for other cuts. The round is also the source of cuts labeled carne para asar (meat for grilling) and pulpa (boneless meat.) 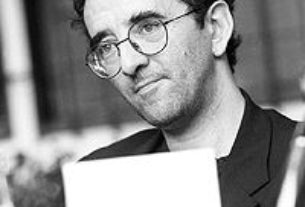 5 thoughts on “Choice Cut Or Mystery Meat? A Guide To Mexican Butcher Shops: Part I – Beef”