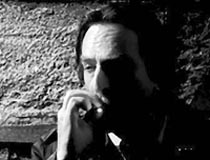 David Roland has written about the movie industry for many years. He was raised by a tribe of deepwoods clothing-eschewing female tiger tamers who weaned him on sashimi and ice-cold sake and mango-lime sorbet until his purring would fool a tiger.

As his fangs developed, he stalked through Hollywood, back when the women unmodest and civilians didn’t refer to “opening weekends,” and Scorcese & Coppola were young Turks.

He led a life so checkered that he can’t describe most of it ’til the statutes of limitations expire, but don’t hold your breath. Between assignments from major publishers and work for Hollywood studios, he managed to salvage the Mayor of Jerusalem’s media tour and to be fired by one of movieland’s biggest action stars (in the same year).

He managed a book publishing house. He wrote articles published in national magazines and the gazettes of a dozen countries. His poetry tends to make women – er, excited. He mentors young filmmakers. You can never be sure if he is armed or not, so it’s best to play it safe. He turns down job offers before money is mentioned. He loves being a “consultant.”

He still thrills at the touch of tiger fur. He believes that relationships are the heart of all business and that money is only a side effect. He worships lightning and the mystery living inside. And infants. And the fine sweat of women excited by poetry.

See all articles by David