Located in the southern part of the Mexican Republic, the state of Oaxaca is bordered on the north by the states of Puebla and Veracruz, to the east by Chiapas, to the west by Guerrero, and to the south by the Pacific Ocean, comprising 95,364 square kilometers. The great valleys of the state are located between the Sierra Madre del Sur and the Sierra Madre de Oaxaca. The name of the state as well as the capital City, “Oaxaca” comes from the Nahuatl word “Huaxacac” (huaxin-a type of squash, yacatl-nose), meaning “in the nose of the squash.”

The City of Oaxaca offers visitors great colonial architecture, including the Santo Domingo Temple, the Cathedral, the Government Palace, the Macedonio Alcala Theater, the Lesser Basilica of Nuestra Señora de la Soledad, the Rufino Tamayo Museum of Prehispanic Art, and the House of Cortes. You can also enjoy a variety of musical bands performing in the traditional “kiosco” and the “Alameda.”

In the surrounding areas of the capital city, visitors can explore several interesting towns, many of which contain important archaeological sites. Throughout the entire state are markets selling crafts and objects of popular art which are a treasure for collectors.

Monte Alban, the storied prehispanic capital of the Mixtec-Zapotec empire, is located 10 km from the city of Oaxaca. Another major archaeological site is the ancient Zapotec center of Mitla, which in the Zapotec language originally meant “place of the Dead.” Mitla is famous for its unique ancient tile work. On the land now occupied by the state of Oaxaca, prehispanic civilizations flourished and attained great splendor before the arrival of Columbus. Despite the conquest and colonization by the Spanish, the Mixtec and the Zapotec Indians maintained their language, their culture, and their social organization, the products of a unique indigenous civilization.

Oaxaca is considered one of the richest states in Mexico, for its expressions of culture and history and for its mix of prehispanic treasures and colonial patrimony, as well as for its music, dance, painting, traditions, and culinary arts. Oaxaca’s scenery is marked by nine spectacular bays along its Pacific coast, whose beach paradises contrast beautifully with the rivers, hillsides, and valleys inland. But more than anything, Oaxaca is enriched by its charming people.

Oaxaca is located only four and a half hours drive from Mexico City, via the new superhighway, which provides easy access to the highlands of Mexico. The major tourist resort of Huatulco, on the state’s southern coast, also boats an international airport.

The following article is reproduced with the kind permission of the Consul General in Austin Texas.
It first appeared in their Gaceta consular, October 1996 – Austin, Texas – Year IV, Number 25 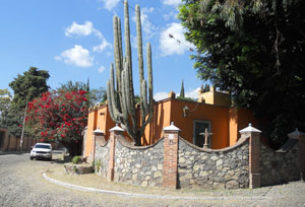 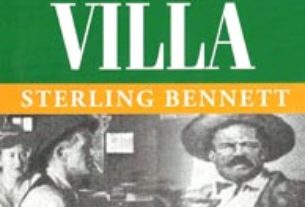