“Pedro” stands in my parent’s house, a permanent fixture. He is a concrete, life-size Mexican man, in a loose, dirty shirt and dark, baggy trousers held up with a piece of rope. He leans against a light post, a brown beer bottle in one hand, his other arm around the post. His soiled fedora-like hat falls over his left eye. One of his black lace-up shoes has a hole in the toe. The light on top of the post, trimmed in bumpy glass, really turns on.

Pedro made the journey from Reynosa, Mexico (near McAllen, Texas) back to Iowa in the back of my parent’s Chrysler around 1953. I was born in 1950, so I grew up with Pedro, the unassuming dark man who, over the years, was moved throughout my father’s offices and various rooms of the house. He was my first introduction to Mexico. In my little Iowa town of white farming settlers rooted in Denmark, this gentle little brown man was always around to spark the imagination. When I was sad or scared he’d comfort me. Our imaginary conversations were many. Pedro was my friend. My Guadalupe in disguise. Like many who travel to Mexico, I have been making the journey for many years. Seeking a break from work days as a school social worker in Tucson, my daughter and I first walked across the border into Nogales in the late 1970’s to partake of the color, fun and bargaining. We also drove down to Puerto Penasco and beach points further south on the Golfo de California. We road-tripped down the Baja Peninsula.

In the late 1980’s my trips took a more serious turn. I donned my camera, flew to Mexico City, and bussed it into the highlands of San Cristobol de las Casas, across the Yucatan, and down into Guatemala and Nicaragua. From the jungles of Tikal, to the Nebaj Triangle of Guatemala, to the highlands of San Cristobol, I revisited the magic and danger south of the border. As a member of “Women for Guatemala” I witnessed and worked on behalf of the women who searched for their “disappeared” mates, sons, and daughters, while military incursions and torture increased.

Mexico is many things to me, but it has never been easy. From the enchanting Isla Holbox to the mysterious Chitzen Itza, from Palenque to Mitla, this country continues to have a hold on me. Prof. Mary Alocer-Berriozabal estimates that one million Americans make their home in Mexico (based upon a 2002 study). While she believes that 600,000 Norte Americanos are in Mexico City, that leaves many for the primo ex-pat communities like Oaxaca, Merida, Morelia, Queretaro, Cuernavaca, San Carlos, Mazatlan, Cancun, Puerta Vallarta, Guadalajara, Lake Chapala, and San Miguel de Allende. Having traveled extensively throughout Mexico, the one area I had neglected was the colonial, ex-pat communities. Gringos just weren’t the point. Now I wanted to visit these places: Alamos, Guadalajara, Lake Chapala and Ajijic, San Miguel de Allende, Pátzcuaro, Guanajuato. With an eye towards my own retirement, I wanted to catch a glimpse of how NAFTA, Mexican culture, and landscape joined together to provide an attractive haven to Americans young and old. But mostly old. With many middle-agers thrown into the mix.

I did extensive research on ex-pat communities in Mexico before I departed. What I read and the impressions I formed here in the United States were often very far from what I observed, felt, and smelled south of the border. The place I thought I would dislike the most, based upon my readings, I liked the best. The place most lauded as THE place I found appealing and appalling and going down hill fast (no pun intended). The effects of 9/11 and subsequent stock market losses were significant. Lesbians struggled. “Friendly” locals seemed torn between treating us as a necessary evil and a sincere benefit. Meanwhile, Mexico moves into the 21st century in big-box ways. And those Americans intent on moving to Mexico to “reinvent” themselves? I think that Pedro, an ex-pat himself, has a few things to say to them. 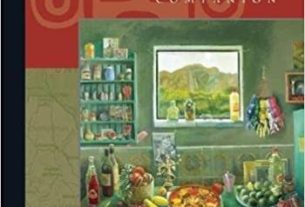 Emilio Fernandez, one of a kind 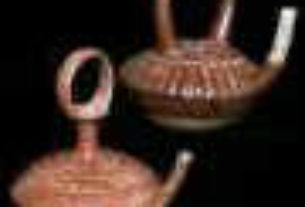