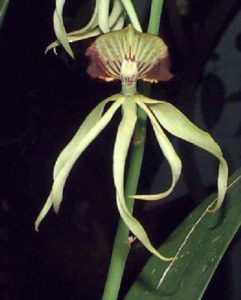 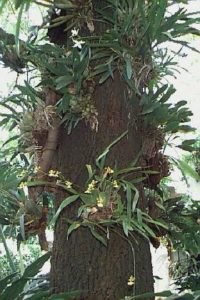 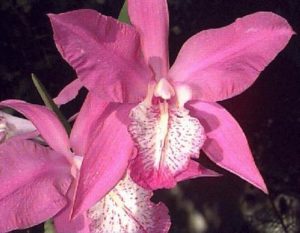 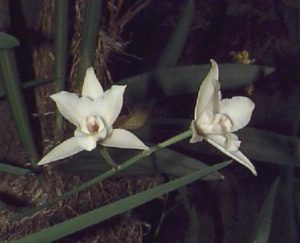 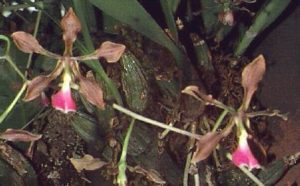 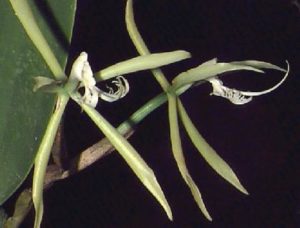 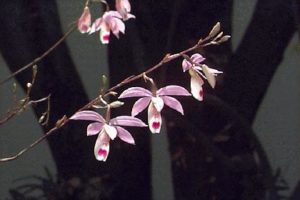 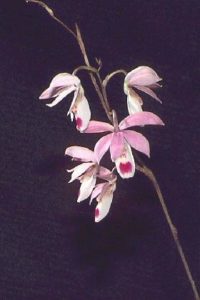 Orchid. This sole word conjures up all that is beautiful, exotic, rare. An aura of fascination has always encircled this extraordinary plant family. Its cultivation is considered something esoteric and difficult. Not so. In a climate as the one we enjoy in Guadalajara and surrounding areas, to maintain a healthy and productive orchid collection is a task that can be accomplished by any lover of flowers.

What is an orchid?

This might seem an idle question. It is not. There are an estimated 30,000 orchid species in nature, making them the most extense floral plant family on Earth. There are specimens as big as a tree, and miniatures with flowers as small as a pin head. A family so vast and diverse understands more about exceptions than about rules. Nevertheless, a quality more than any other defines the orchid: the fusion of the feminine portion of the flower – pistils – with the masculine, – stamens. Orchids have three pistils and three stamens, but they differ from other flowers, which present these elements as separate units, in that orchids have them fusioned into one structure called column or gynostemium, located in the center of the labelum, that usually showy and colored lip we admire in the flower.

Orchids are one of the most developed of all monocotyledons. They exhibit notable specializations for pollination, as well as advanced water storage systems that contribute to their success in the fight for survival. It is one of those systems to store water, tuberoids often found in terrestrial orchid species, that gave name to the genus Orchis. Theophrastus, a botanist in ancient Greece, observing a pair of these devices in an orchid he was studying, compared them with another pair also found in nature (orchis, testicles). Another water storage system, used by epiphytic orchids, which live on trees, is the one called pseudobulbs, those protuberances found in the base of the leaves.

Classification work for the Orchidaceae family is not yet finished, of course. The Dressler system, published in 1981, lists six subfamilies, more than 725 genera and close to 25,000 species. Closely related plants, with similar characteristics, are consequently grouped, using the concepts of Tribe and Subtribe.

According to the convention used in botanic nomenclature, each orchid has a latin name, composed of two units: genus (plural, genera) and species. So, Laelia maialis refers to a unique orquid species. First name, Laelia, indicates that this plant belongs to that genus, a group well represented in Jalisco and neighboring states. The second name, maialis, distinguishes this Laelia from all others. By the way, this very pretty and spectacular species, abundant in Jalisco, Michoacán and Zacatecas, flowers in May, hence the name maialis.

No other family of plants has produced so many hybrids, either natural or man-induced ones. It is estimated that there are close to 100,000 hybrid varietals nowadays, and the number keeps growing, thanks to the intense hybridization activity displayed by commercial and amateur growers alike. To take pollinia from one flower and then deposit it on another, in order to obtain a new hybrid, is an easy task. The difficulty lies in the seeds inside the capsule (as the orchid fruit is called): they do not contain the nourishment other seeds carry to feed the new plant as it germinates, as beans store albumin. In nature, orchid seeds associate with a fungus that produce the sweets to allow the embryo to start its development. Only after those nutrients were synthesized in the lab has the hybridization industry undergone the explosion of growth that we witness today. Many of the Cattleya, Phalaenopsis, Cymbidium, Paphiopedilum and Vanda we admire at the Expositions or Fairs are the result of the patient labor of the successful breeder.

Where do orchids live?

Orchids grow in almost any climate and region, from the Arctic zones to the Tropics. Perhaps the only place on Earth where we cannot find them is in the bottom of the sea, although there are orchids that swim in fresh waters. It is in tropical and temperate regions where we find them more profusely, not only in numbers, but also in variety of forms and colors.

Although many orchids, especially in cool zones, live on the ground, in tropical and sub-tropical regions they grow over trees or rocks; these species are called epiphytes. A common but erroneous belief is that orchids are parasite plants that feed on the trees they live upon. Not so; they just borrow vital space and support from them. In fact, in benign climates as the one we enjoy in Guadalajara and Chapala, a very agreeable way to cultivate these beautiful plants is to fix them, direct or indirectly, to a tree trunk suitable to the purpose.

A majority of orchids live in zones where alternate periods of rain and dry climate occur. These plants need a dry period – called rest period – if they are to flower properly.

How to start an orchid collection

Growing orchids at home is easier than you imagine. To attain success, you just have to follow a set of simple rules, some of which I’ll describe now. 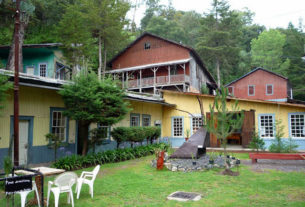