Of the major figures in the 1910-20 phase of the Mexican Revolution, only Alvaro Obregón and Pancho Villa remained. In a strange twist of fate, the counterrevolutionaries –Porfirio Díaz and Victoriano Huerta– had died in bed while the revolutionaries Francisco Madero, Emiliano Zapata and Venustiano Carranza all perished violently. Violent death –at the hands of the Texas Rangers– also came to Pascual Orozco, a man who could be counted in both camps: a revolutionary against Díaz, but later an ally of Huerta and “regulator” in the service of the Chihuahua cattle barons.

Pancho Villa, once a commander of forces that included troop trains, heavy artillery and even a fledgling air corps, had been reduced by his 1915 defeats to what he was in the beginning: a marauder –half-guerrilla, half-bandit– prowling through the Chihuahua sierra. But even in that reduced role he could be troublesome. Striking here, striking there, he thoroughly bedeviled the federals and his cross-border raid on Columbus, New Mexico, succeeded in unleashing the hated gringo Punitive Expedition into Mexico. What finally immobilized Villa was a July 28, 1920 agreement that he signed with provisional president Adolfo de la Huerta. The two were friends and Villa agreed to accept amnesty and become a private citizen in return for a 25,000 acre ranch in Canutillo, Durango, just across the border from Parral, Chihuahua. The package also included a pension and the right to keep a 50-man escort drawn from his elite force of dorados (‘golden ones’).

If de la Huerta was a high-level friend, Villa also had high-level enemies.

Two of the most dangerous were Obregón, who would assume the presidency before the year was out, and future president Plutarco Elías Calles, who served as minister of the interior under Obregón. Pancho Villa’s retirement idyll came to end in July 1923. He had quarreled with a cattle dealer named Melitón Lozoya, accusing him of removing stock and furnishings from his hacienda and threatening him with death if he didn’t make good the loss. Villa spent the night of July 19-20 in Parral, at the house of a lady friend. The next morning he and five of his escort were leaving for Canutillo in Villa’s open Dodge car. At 7:20 a.m., near the main plaza, he was gunned down by eight assassins firing rifles from the windows of a nearby house. Though Lozoya was a member of the death squad, credit as “intellectual author” of the shooting was claimed by a Durango politician named Jesús Salas Barraza. Salas Barraza’s confession was followed by a brief incarceration in the Chihuahua penitentiary and a pardon from the governor. He later received a commission in the federal army and served in Congress.

This lenient treatment made many suspect that responsibility for Villa’s death reached as high as Obregón and Calles. Calles was particularly suspect.

A year after the assassination, the commander of the military garrison in Parral told a Mexico City journalist that Calles had ordered him to eliminate the “Cincinnatus of Canutillo.” He added that he had also received orders to hide the assassins and spread false reports that he was pursuing them. Both Obregón and Calles had a strong incentive for wanting Villa dead. Only 45 at the time of his assassination, he was again receiving the attention of the foreign press. Villa was surrounded by devoted and heavily-armed followers and his well fortified ranch at Canutillo could easily serve as a rallying point for enemies of the regime in power.

Obregón’s 1920-24 term was characterized by advances in the areas of education, the arts, labor and land reform. It was also marked by a highly disruptive rebellion. As education minister Obregón appointed a brilliant writer, scholar and educator named José Vasconcelos. Under Vasconcelos a host of normal schools were built to train teachers. Graduates were then sent to every corner of the country as a vanguard in the fight against ignorance and illiteracy. Vasconcelos dearly loved the classics and his zeal at times amused the down-to-earth Obregón. A story is told of an impoverished old Indian who told Obregón a heartrending tale of woe. Obregón turned to his secretary. “Give this old man five pesos,” he said, “and tell Vasconcelos to send him a collection of the classics.” A product of this intellectual renaissance was the flowering of some of Mexico’s greatest artists, including José Clemente Orozco, Diego Rivera, David Alfaro Siqueiros and Gerardo Murillo (“Dr. Atl”).

Obregón was a reformer –but not a rabid one. Under Carranza, workers had suffered from runaway inflation and ruthless repression when they attempted to strike. Two-thirds of the budget was going to the army and into the pockets of generals who were Carranza’s cronies.

During Obregón’s administration, workers were encouraged to organize and seek higher wages. Yet he definitely preferred native capitalism –as opposed to the foreign variety– to socialism and had little patience with strikes when they interfered with production. 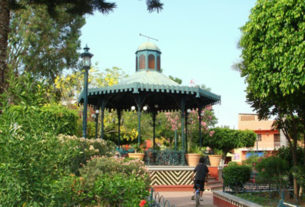 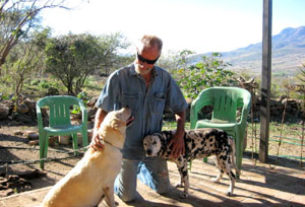 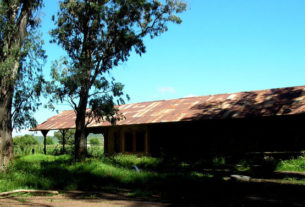