Renowned writer Octavio Paz observes that, undaunted by death, the  Mexican has no qualms about getting up close and personal with death, noting that he “…chases after it, mocks it, courts it, hugs it, sleeps with it; it is his favorite plaything and his most lasting love.”

November 1, All Saints Day, and November 2, All Souls Day are marked throughout Mexico by a plethora of intriguing customs that vary widely according to the ethnic roots of each region. Common to all, however, are colorful adornments and lively reunions at family burial plots, the preparation of special foods, offerings laid out for the departed on commemorative altars and religious rites that are likely to include noisy fireworks.

In most localities November 1 is set aside for remembrance of deceased infants and children, often referred to as angelitos (little angels). Those who have died as adults are honored November 2. 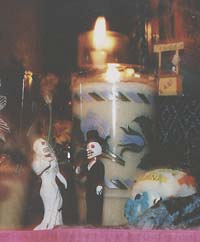 From mid-October through the first week of November, markets and shops all over Mexico are replete with the special accouterments for the Dia de Muertos (Day of the Dead). These include all manner of skeletons and other macabre toys; intricate tissue paper cut-outs called papel picado; elaborate wreaths and crosses decorated with paper or silk flowers; candles and votive lights; and fresh seasonal flowers, particularly cempazuchiles (marigolds) and barro de obispo (cockscomb). Among the edible goodies offered are skulls, coffins and the like made from sugar, chocolate or amaranth seeds and special baked goods, notably sugary sweet rolls called pan de muerto that come in various sizes invariably topped with bits of dough shaped like bones and, in some regions, unadorned dark breads molded into humanoid figures called animas (souls). All of these goods are destined for the buyer’s ofrenda de muertos (offering to the dead).

At home members of the family might use the purchases to elaborate an altar in honor of deceased relatives, decorating it with papel picado, candles, flowers, photographs of the departed, candy skulls inscribed with the name of the deceased, and a selection of his or her favorite foods and beverages. The latter often include bottles of beer or tequila, cups of atole (corn gruel) or coffee, and fresh water, as well as platters of rice, beans, chicken or meat in mole sauce, candied pumpkin or sweet potatoes and the aforementioned breads.

The spirits of the dead are expected to pay a holiday visit home and should be provided with an enticing repast and adequate sustenance for the journey. Frequently a wash basin and clean hand towel are provided so that visiting souls can freshen up before the feast. The offering may also include a pack of cigarettes for the after-dinner enjoyment of former smokers, or a selection of toys and extra sweets for deceased children. 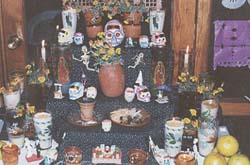 In setting up the altar, a designated area of the home is cleared of its normal furnishings. The arrangement often consists of a table and several overturned wooden crates placed in tiers and covered with clean  linens. The offerings are then laid out in an artistic and fairly symmetrical fashion. The smell of burning copal (incense) and the light of numerous candles are intended to help the departed find their way.

Meanwhile, at the family burial plot in the local cemetery, relatives spruce up each grave site. In rural villages this may entail cutting down weeds that have sprouted up during the rainy season, as well as giving tombs a fresh coat of paint after making any needed structural repairs. The graves are then decorated according to local custom. The tomb may be simply adorned by a cross formed of marigold petals or elaborately embellished with colorful coronas (wreaths) and fresh or artificial floral arrangements. In many areas children’s graves are festooned with brightly colored paper streamers or other festive adornments.

On November 2 family members gather at the cemetery for gravesite reunions more festive than somber. Some bring along picnic baskets, bottles of tequila for toasting the departed or even a mariachi band to lead a heartfelt sing-along. Local merchants set up provisional stands outside the cemetery gates to sell food and drinks. The booming reports of pyrontechnic rockets may announce the commencement of an open-air memorial mass, the ocassion’s most solemn interlude.

While death is a topic largely avoided in the USA, the remembrance of deceased ancestors and loved ones is traditional among diverse cultures around the globe, often marked by lighting candles or lamps and laying out offerings of food and drink. Such celebrations can be traced back as far as the glory days of ancient Egypt when departed souls were honored during the great festival of Osiris.

In Mexico the Day of the Dead is a holiday that tends to be a subject of fascination for visitors from abroad. With its rare mix of pre-Hispanic and Roman Catholic rituals, it is also a perfect illustration of the synthesis of pre-Hispanic and Spanish cultures that has come to define the country and its people. 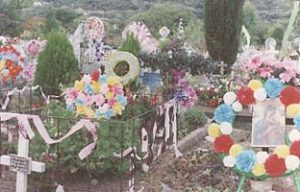 Death held a significant place in the pantheons and rituals of Mexico’s ancient civilizations. Among the Aztecs, for example, it was considered a blessing to die in childbirth, battle or human sacrifice, for these  assured the victim a desirable destination in the afterlife. The success of the Spaniard’s spiritual conquest in Mexico is due in part to their willingness to incorporate certain pre-Hispanic customs into Christian practices.

Not surprisingly, as Mexican society has modernized, long-held customs have begun to fall by the wayside, particularly among urbanites. But the rapid encroachment of U.S. culture, intensified since the enactment of North American Free Trade Agreement, seems to have spurred many citizens to actively pursue the preservation of Mexican traditions. While each October the country’s supermarket shelves are now crammed with plastic pumpkins, witches’ hats and rubber masks, government and private institutions have recently increased promotion of commemorative altars displayed in museums, educational centers and other public venues.

Most Mexico guidebooks make special mention of Day of the Dead customs, focusing on the celebrated all-night candlelight vigils in cemeteries at Janitzio Island and Mixquic, to the extent that either may draw nearly as many awed observers as celebrants.

Mixquic, once a farming island of the Aztec empire, is now a district of Mexico City that has retained something of a rural village ambiance and its ancient indigenous roots. The area takes on a busy and festive air in the final days of October as merchants set up street stands to hawk their wares for the Day of the Dead. In the cemetery, all family burial plots are elaborately embellished with an array of earthly delights in the hope of luring departed spirits. At 2 p.m. November 1, relatives gather at each tomb to mourn the loss of loved ones with la llorada — the weeping. Later, when dark would normally envelop the graveyard, the glow of thousands of votive candles illuminates the way for the departed. At Midnight they are called home with the mournful tolling of bells. Then each soul is lovingly remembered with recitations of the Rosary.

Day of the Dead festivities in villages throughout the state of Michoacan have a distinctive flavor reflecting the culture of the area’s Purepecha Indians. Having successfully resisted conquest in the pre-Hispanic era, this ethnic group remained immune to outside influences until the arrival of the Spanish Conquistadors. As in other parts of Mexico, floral tributes, regional repast and candlelight vigils in each local cemetery are integral to the November 1 and 2 celebrations, but among the Purepechas (or Tarascans, as the Spanish named them) these activities are relegated to women and children. Meanwhile, the male population commemorates the season with other rituals related to the fall harvest. Throngs of visitors annually trek to the Island of Janitzio to witness the graveyard vigil there, although equally colorful celebrations may be observed more serenely in most other Michoacan villages.

These Day of the Dead rituals are echoed in cities and villages throughout Mexico. As each locality offers distinctive traditions and a unique flavor bound to fascinate the curious traveler, a visit to any Mexican cemetery would be a worthwhile addition to the itinerary of anyone touring the country this time of year. 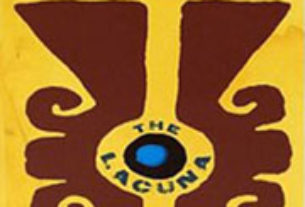 9 thoughts on “November 2: the Day of the Dead”