Michoacan's master craftspeople and their arts 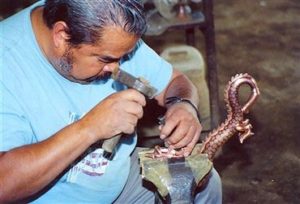 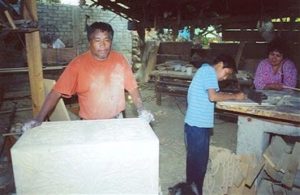 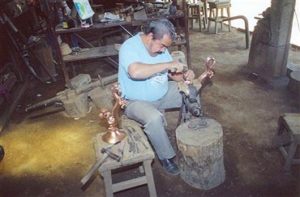 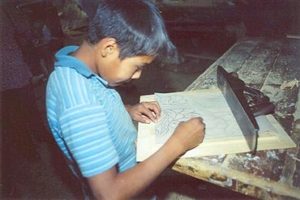 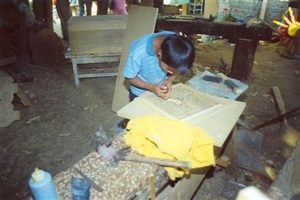 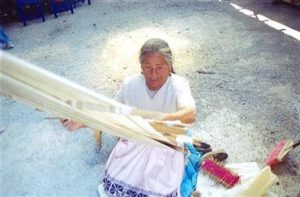 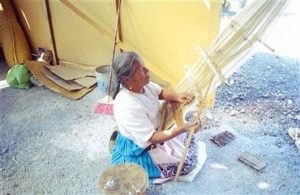 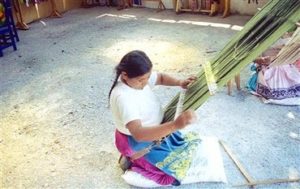 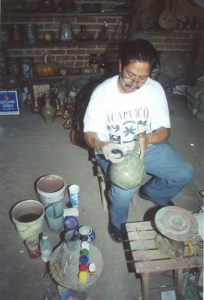 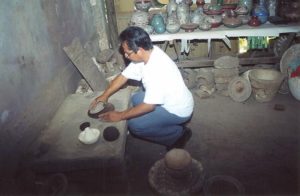 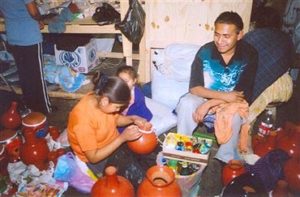 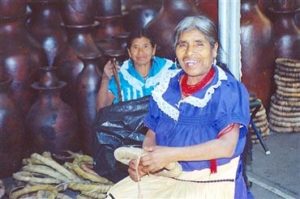 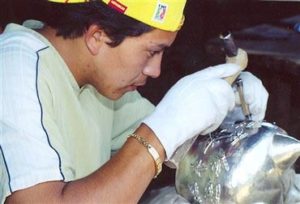 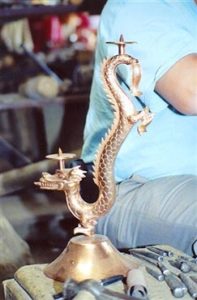 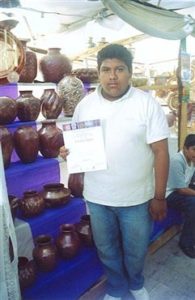 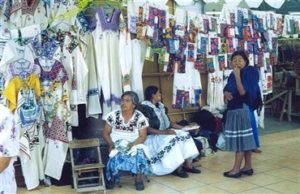 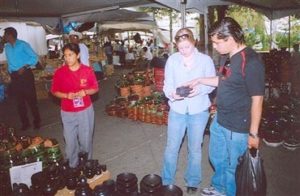 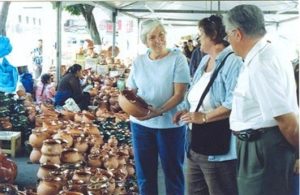 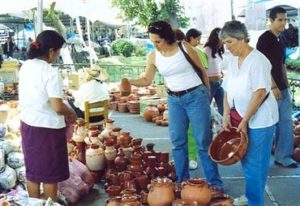 Abdon Punzo Angel’s thick hands tapped minute details into the menacing snout of the copper dragon that sat immobilized in a vise, its body seeming to squirm. Beside him, another shiny dragon writhed from its base, teeth bared, tongue flicking, the scales across its back bristling. A candle holder sat on its head, another on its tail.

Punzo Angel is one of the best coppersmiths in Santa Clara del Cobre, but this town near Lake Pátzcuaro in Michoacán is one of many throughout the state where artisans practice a variety of crafts. In Ocumichu, craftspeople create green ceramic devils on horseback. Paracho is famous for its handmade guitars, and the residents of Cuanajo have distinguished themselves with ornately-carved wooden furniture in bright colors.

Angel Cuin Juárez, 50, was finishing up an intricately-carved wooden chest recently in the shop behind his house in Cuanajo. His 13-year-old son, Juan Esteban Cuin Augustín, had just gotten home from school and went to work tracing designs into a panel of wood for the chest.

Three of Cuin Juárez’s other sons also learned the craft but moved to the United States to find better work and pay. Young Juan Esteban, who is doing well in school, isn’t sure what career he’d like to pursue in life, but he doubts he will continue woodcarving as a livelihood.

”His answer probably depends on me telling him he should continue his studies and do something different from me,” said the boy’s father.

The boy already seems to have an eye for business.

“He doesn’t like it when I give him 10 pesos instead of 20,” said his father with a hearty laugh.

Elsewhere in Cuanajo, at a store called Casa de Artesanías (not the state agency of the same name) Elodia García Romero and her friend, Norberta Pérez Zirango, sat at their backstrap looms weaving material which would later be used for morrales – colorful cloth tote bags – just like the ones for sale on nearby racks.

Pérez Zirango, 75, has been weaving since age 15. She sat before the loom as though it had always been a part of her, thick braids of hair hung tied together at the ends across her back, her pleated blue skirt draped over folded legs. Her ancient hands fit the wooden rods through long strands of vertical thread, gingerly pressed them down and raised them up as the decades of artistry now interwoven into the fabric of her spirit manifested themselves in cloth.

That manifestation continues to express itself in younger generations. Her friend, García Romero, shows no signs of quitting. García’s daughter, María Concepción Guadalupe García, 18, sat nearby weaving a scarf. She said she wanted to practice the craft for the rest of her life.

While both Santa Clara and Cuanajo are located in close proximity to Lake Pátzcuaro, other towns and villages farther away also have their own native crafts. In Zinapécuaro, J. Ventura Hernández Benítez remains solidly committed to his ceramic business as he has been for 40 years.

The workshop’s rustic brick walls held up a corrugated metal roof beneath which his creations seemed to gestate in the heat. Homemade plaster molds and their offspring – pots, vases and pitchers that required weeks of labor – lay about the shop in the hypnotic chaos of a true artisan. Small ceramic pumpkins sat on the concrete floor in front of a shelf loaded with vases covered with images of skeletons dressed in fiesta garb, geometric patterns of terraces and triangles, stylized dogs and monkeys. Pots in subtle shades of dark red ochre, greenish umber and bluish gray sat nearby.

Hernández Benítez ran a wet rag over the bowl spinning on his potter’s wheel, slithering streams of water shooting away as he smoothed the piece into a finer shape. When it was almost dry, he said, he would dip it into a tub of barro and kaolin to give it a particular hue. Paints, brushes and a stool sat near the door where brief glimpses of his artist’s soul would manifest themselves in dynamic shapes and colors.

The collection of pumpkins on the floor reflected a relatively recent innovation; Zinapécuaro’s artisans have been making ceramic pumpkins for about 30 years. They used to make them from lead-based materials, but the local craftspeople began making the newer versions without lead-based materials 10 to 15 years ago after learning the harmful effects of lead. The newer pumpkins, in softer earth tones of roasted coffee and autumn leaves and earth greens, are actually more attractive than the old ones.

”They sell better than the glazed ones,” Hernández said.

Copper sells very well in Santa Clara del Cobre, where the ringing and pounding of hammers filled the air recently at Abdon Punzo Angel’s shop. Punzo Angel, who has won many national and international awards and has even made two presentations in Albuquerque, N.M., has 12 employees in his shop. All were busy at work this particular day.

Hammers and tongs hung on the walls; sparks burst in furious circles from a charcoal fire where a worker heated a copper piece before pounding it into shape over a long metal bar. Nearby, flames stroked the sides of a huge pot of boiling water where workers periodically placed copper pieces to give them their distinctive color.

Punzo Angel’s son, Abdon Punzo Chávez, 20, carefully hammered the details of butterflies into a silver pot. The 20-year-old artisan had already pressed the shape of the butterflies into the pot from the inside out, then filled it with a substance called chapopote to keep the butterfly images intact while he tapped in the minute details of the insects’ bodies and antennae.

“When it hardened,” he said, “that’s when I began hammering little indentations into the butterflies from the outside.”

Punzo Angel, strolling through the yard, frequently removed one of his hands tucked in his belt below a strong belly to illustrate his conversation. He related how his oldest son, Carlos Punzo Chávez, has come close to beating him in past contests.

“When I won the national prize and my son almost did, they interviewed me and asked what I would have done if he had been better,” he said, his jocular face beaming with pride.

“I told them it would have meant more than the prize,” he said.

Punzo Angel had been working on an entirely new design, two copper dragons, one with two candleholders, the other strictly decorative. He planned to enter them both in the 46th Annual Domingo de Ramos Concurso y Tianguis de Artesanía in Uruapan.

However, Punzo Angel later decided not to enter his dragons in the contest.

”I couldn’t finish them in time,” he said. ”I need to put the finishing touches on them, on the whole thing. I need about 22 more days. I’ll probably enter them in the Pátzcuaro contest or the next Uruapan contest.”

His son, Luis Felipe Punzo Chávez, did enter his decorative copper pot in the contest, and he won $320 first prize for his category. The pot, with overlapping leaves rushing around the rim, was a source of great joy for both Punzo Angel and his 15-year-old son. Just days after the contest April 9, Punzo Chávez, had the piece on sale along with many others at the crafts fair on Plaza Morelos in Uruapan.

”I feel very proud, since my father taught me the technique of copper work so I could obtain the prize,” said Luis Felipe Punzo Chávez. ”He’s very proud of me.”

Punzo Chávez is one of many artisans supported by the Casa de las Artesanías, a state agency based in Morelia. Trinidad Martínez García, director of commercial development at the Casa, said in a previous interview that the state government institution assists artisans by purchasing their goods and reselling them in stores in Morelia, New Mexico, California and other locations in Mexico and South America.

The Casa also offers courses for artisans to improve their crafts and provides loans for them to purchase needed materials.

Martínez García said the Casa was founded more than 36 years ago to support Michoacán’s native craftsmanship. Many of the artisans living around Lake Pátzcuaro and other areas of this state were giving up their crafts because they couldn’t make enough money; they were moving to the cities and forgetting their culture.

Today those cultural practices are far from being forgotten. To the contrary, they are thriving. At the crafts fair in Uruapan, hordes of visitors browsed through copper and silver bracelets and pots; a zoo of shiny copper elephants and horses paraded across a table as a single rank of flustered metal owls looked on.

Martínez García said the state’s varied geology and environments are factors in the broad diversity of its crafts. The soil around San José de Gracia, she said, is very sticky, allowing artisans there to make the distinctive pineapple pottery with its tiny pinches and glistening knobs. The nature of this clay is unmistakably different from that in Ocumichu just a short distance away, where artisans create another distinctive style of pottery depicting horned masks, lizards and a myriad of other subjects.

Recently, a new entity has come on the scene to support the state’s craftsmanship: Mexico By Hand. This organization is a business that sells Michoacán’s arts and crafts to U.S. buyers.

“I think it’s pretty good, although we have stores in California,” Martínez García said. “It’s good to commercialize. The more stores the better. I think they are doing a good job.”

Peggy Stein and her husband, Doug Wheeler, began doing business as Mexico By Hand in 2004 in California after authoring the DVD Domingo de Ramos: Parte de Michoacán, produced by the Casa de las Artesanías in Morelia. Stein, 53, said she had always enjoyed collecting arts and crafts from different places. She became fascinated by Michoacán’s crafts during a family vacation nine years ago.

“I thought this was the most artistic place in the world,” she said. “I couldn’t believe it. I fell in love with this stuff.”

She was in Uruapan for this year’s event to make purchases for customers – a ceramic tower from Huancito, some burnished clay pieces from Michoacán’s coast, a piece from Patamban yhat won third place in the contest, plus some copper pieces and rebozos. She also bought some clay squash from Zinapécuaro and maque pieces from Uruapan itself.

Martínez García said the couple’s knowledge of the state is a major advantage when selling Michoacán’s native crafts. In the video, for example, the narrator explains how artisans in the village of Huancito use ant excrement and chárándá, a type of red soil, to make paint for their pots.

“The important thing is that they know the people,” Martínez García said. “They know the towns. When they offer the pieces, they know what they are talking about, how it’s made, where it’s made. That gives it more value to the people.”

The fair is an annual event held each year in Uruapan. 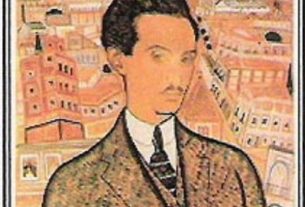 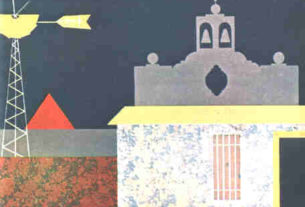