Mexico has its own version of the rodeo is called la charreada. This basic guide is designed to enhance the enjoyment of the competition for those unfamiliar with Mexico’s national sport by offering a brief introduction to the traditional horsemanship skills that will be displayed by the charros (horsemen).

The keyhole-shaped lienzo charro (arena) comprises two main areas. The first part of the competition makes use of la manga (sleeve), the enclosed passage facing the stands that leads into the central ring. The remaining suertes are confined within the ruedo (ring), after the wide gates at the near end of the manga are closed. Adjacent to these are pens and chutes for holding the toros (bulls) and yeguas (mares) used in the competition.

A proper charreada invariably begins with a brief opening ceremony. With each of the competing teams lined up abreast, the charros parade their horses around the arena in a salute to the judges and spectators. Once these formalities are concluded, the participants take their places for the first of ten different suertes (competitive events) that are derived from essential ranching skills. Each team will have previously designated which of its riders is best qualified to demonstrate the individual suertes.

La Cala de Caballo:
This is the charro’s opportunity to show off his overall horsemanship skills and dominance of his mount. He gallops his horse the length of the manga and into the ruedo, bringing it to an abrupt halt within a marked area. Remaining within that zone, he then displays reining maneuvers, spinning the horse to the left and right. He concludes by backing the horse straight out of the ring.
Piales en el Lienzo:
A young mare is sent galloping down the length of the manga as the mounted charros stand ready with their lariats. The object is to bring the mare to a halt by roping its hind legs and wrapping the other end of rope around the stout saddle horn for support.
El Coleadero:
The mounted charro chases down a bull as it hurtles along the manga. He must catch the toro by the tail and drop it to the ground by wrapping its tail around his leg. To score, the charro must be able complete the maneuver within a distance of no more than 60 meters while keeping both his horse and the bull under control. He gains maximum points if the bull falls onto its right side and rolls over onto its back.
Jineteo de toro:
Bull riding begins after the gates between the manga and the ruedo are closed. The object is for the charro to stay on the toro from the time it bolts out of the chute until it stops bucking. He may earn extra points by successful executing a variety of special techniques that range from riding the bull facing backwards to pulling off the cinch as he dismounts. Once the jinete (rider) leaves the ring other members of his team take over the bull for the next suerte.
La terna en el ruedo:
Although less dramatic than the other suertes, this event demonstrates teamwork and essential skills of the Mexican horseman. Three charros, usually mounted, work together in subjecting and bringing the bull down to the ground within a maximum time of eight minutes. In the first phase they take turns until one is able to lasso the bull’s head. The next step is to toss a loop of the lariat onto the ground and manuever the bull into position so that the rope can be tightened around his hind legs. The charros then pull in opposite directions until the animal is brought down. The various roping techniques have different point values according to the difficulty of execution.
Jineteo de yegua:
As with bull riding the jinete shows off his staying power, this time making every effort to stay astride an unbroken mare until it ceases bucking. Again, extra points are awarded for displays of extraordinary technique.
Manganas a pie:
This event showcases both team work and fancing roping skills. While three of his team mates ride herd on a wild mare, driving it at a gallop around the perimeter of the ruedo, the competing charro stands on the ground to perform his best roping tricks. As the mare thunders past him, the charro throws his lariat to form a loop on the ground for trapping the animal’s front feet. He must quickly pull back the rope to bring the mare down. The charro is allowed eight minutes and three chances to execute the suerte. Both time and technique are taken into account in scoring.
Manganas a caballo:
Using similar procedures for driving, roping and bringing down the mare as above, in this event the charro is mounted on his horse. In both suertes, if the competitor fails to drop the animal down on the first try, he must execute different roping tricks on each subsequent attempt.
Paso de la Muerte:
The charreada’s final event is the heart-stopping “leap of death.” For this the dare-devil charro rides his own horse bareback, galloping full speed around the ring along side an unbroken mare. With three of his fellow charros assisting in driving the animals into position, the rider must jump from his own horse and land square onto the wild steed’s back. He may only grab onto the mare’s mane for support and must remain mounted until the animal comes to a stop.
Scoring:
The scoring system is extremely complex, with distinct rules and a variety of positive and negative points applicable to each of the suertes. In addition to the specific regulations regarding the execution of each event, factors such adherence to a strict code for proper attire and tack are also taken into account in the scoring.

The traditional competitive event for female riders is a dazzling drill team event called escaramuza, (literally translated as skirmish). While top teams registered with the Mexican Charro Federation participate in state, regional and national competitions of their own, presentations by one or more escaramuzas may be programmed as an added attraction mid-way through the charreada, immediately following the coleadero. Each escaramuza team is made up of eight riders who usually perform decked out in matching full-skirted and heavily-crinolined “Adelita” attire.

The daring charras, often referred to as amazonas, execute their intricate movements at a full gallop while mounted side-saddle. Their well-practiced routines, displayed with a lively musical backdrop, feature ten different exercises that will include dozens of fast turns and heart-stopping crosses, as well the favorite crowd-pleaser called el abanico (the fan). Four representatives from each team also perform the initial phase of the cala de caballo, called la punta. A complex set of regulations also applies in scoring escaramuza competitions. At friendly informal, events and demonstrations within the framework of the charreada, the courageous charras invariably rack up plenty of well-deserved applause.

(This article originally appeared in the Janaury 23, 1999 issue of the Guadalajara Reporter and is reproduced by Mexico Connect with kind permission of the author.) 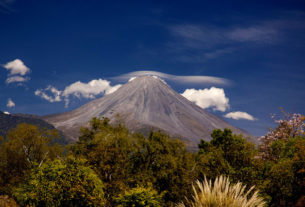