How well can a person understand a culture not their own? Can experiences be understood without full command of the Spanish language; a language in which civility is interwoven like lace? With these questions I return again and again to Mexico.

Invited to sit “down at the table,” I’m gradually getting to know the people who live there. I find that they face many of the same challenges living la vida loca, the craziness of life. Sometimes, Mexican ways seem puzzling and different but to me; under the skin and across the borders, we are players with the same cards: birth and death, work and play, love and sex, joy and sorrow.

Every year, I discover new things about life in Mexico. This series features stories about Mexican espectáculos or rodeo shows. Espectáculos provide a rich introduction to ranch and farm life. Although today the majority of Mexicans live in urban areas, many retain close links to former homes in the country. After living in a small, rural town in Canada, I am drawn to explore the Mexican countryside, its people and traditions.

The espectáculos combine the role of the cowboy with the knight-errant. He gallantly displays the skills honed in the daily life of cattle ranching. Whole families turn out for the colorful fun. Bands play rousing tunes. If bulls are involved in the espectáculo, people say “vamos a los torros!” (let’s go to the bulls). All you need to do to join in the fun is to find out the time and place and buy an inexpensive ticket. My family and I have attended several of the shows described below. In this series, I invite you to follow some of our adventures — as we go to the bulls!

This show is generally presented before noon. It consists mainly of bull riding. After the bulls have thrown their riders, horsemen help to round up the bull and drive it back into the pen.

Similar to the eleven o’clock bull show, this event can be at any hour of the day. It usually includes entertainment like a band, singers or contests. Often, clowns dress as bullfighters in a parody of the formal bullfight.

This is the formal bullfight where the bull is wounded and killed. Generally the spectacle is held in the afternoon. It is less common in Jalisco but very popular in Mexico City and in Spain.

This show displays the dexterity and ability of the horse-riders, or charros, of a team against the charros of another team. Charro is the word that identifies a horseman from Jalisco. It also refers to any Mexican who rides a horse and performs in characteristic charro style.

Charros usually start their training as small children (” charro-ism” is oftentimes a family tradition). On finely-trained steeds, they learn to perform rope tricks and fancy horsemanship, along with bull riding, bronco riding, and steer roping.

It is a recognized sport with strict rules to be followed during the competitions, in which both men and women participate. The rules are respected and supervised by special judges. The skilled sport provides high quality entertainment for rodeo aficionados. In large cities like Guadalajara, Puerto Vallarta and Manzanillo, shows are held regularly in lienzos or rings. In this spectacle, bulls play a minor role. Only one of the twelve maneuvers of the charreria includes a bull.

These are fiestas which last four or five days and can include any or all of the events mentioned above. In addition, dancing and drinking are added in robust quantities.

The above information was provided by my Internet friend, Gonzalo Rocha who lives in Ciudad Guzman. Without his information, I would have had little idea of the similarities and differences between the kinds of events.

In this mini-series, I will describe my experiences at Mexican Espectáculos.

This is Introduction to a 5-part series 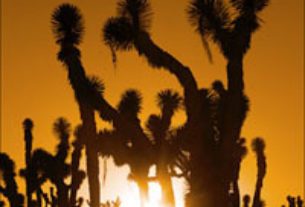 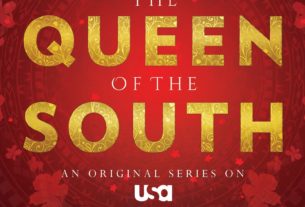 Queen of the South by Arturo Perez Reverte

A Christmas tree in Mexico