Defined as “a rippling wave effect that passes right around a stadium full of spectators, achieved when all the spectators in turn stand up with their arms raised and then sit down again with their arms lowered” (Chambers 21st Century Dictionary), the Mexican wave or La Ola is a cooperative, coordinated and spectacular sight that gained popularity after the 1986 World Cup soccer competition held in Mexico.

The historical origins of this seemingly spontaneous social ritual are disputed, but it certainly predates the 1986 World Cup and was originally called either the “human wave”, or simply “the wave”, rather than the Mexican wave. Numerous independent claims have been made as to who was the first to orchestrate it. The rival claims include those of the fans of Seattle Mariners baseball team; the “yell-leader” Rob Weller and marching band director Bill Bissell of the University of Washington’s “Huskies” American football team, and “Krazy” George Henderson at an Oakland versus New York baseball game. Whatever the truth, the wave was certainly widely practised in the early 1980s by American football crowds. Mexicans viewing this article may prefer to accept the (as yet unsubstantiated) version claimed by one Alan López, in a contribution to the U.K. Guardian’s forum on ” When and where did the first Mexican wave start?” López attributes the first wave to fans watching a local derby soccer match between Monterrey and Tigres in the city of Monterrey, Mexico, in the 1970’s.

But the wave’s rise to prominence on the world stage came during the World Cup finals in 1986, when it was regularly performed in Mexico City’s main stadium, the Azteca (where yours “soccer-mad” truly was lucky enough to be a willing participant on several occasions!) and where, of course, it received extensive television coverage. The persuasive power of television is well known and the term Mexican wave soon entered the vernacular vocabulary, an end-of-the-twentieth-century phenomenon that has transformed how spectators react in sports stadia around the globe.

The historical origins of the Mexican wave may be disputed but the origin of each individual “wave event” is now much better understood as a result of some pioneering mathematical modeling performed by a team of two biological physicists from Hungary together with an economics and traffic researcher from Germany. Their article, Mexican waves in an excitable medium, was published in Nature in September 2002. The article is available on-line at a webpage entitled “A quantitative analysis of the propagating human wave”. The webpage includes a video clip and animated graphic showing a typical Mexican wave. It also features fascinating interactive graphics to show how various mathematical variables affect the probability, form, and speed of travel of Mexican waves in a hypothetical sports stadium.

In physics terminology, the Mexican wave is an example of a transverse wave: the spectators move only vertically (standing up and then sitting down again) but the wave travels horizontally around the stadium. The researchers studied video footage of 14 wave events and built a mathematical model that mimics their development and subsequent movement, similar to the models used for predicting the movements of heart tissue or a forest fire.

They found that three out of every four waves travel clockwise around the stadium (partly because the majority of people are right-handed) and that they typically move about 12 meters (20 seats) per second. Interestingly, it requires only 30 or so fans standing up simultaneously to start the ripple effect leading to a fully fledged wave. The success of their computer models means that future studies may lead to methods of predicting how unrest will spread in an excited crowd and precisely how security personnel can best keep tense situations under control.

So, we now know that you only need a small core group of fans to start a wave. But, how many people do you need to break the official Guinness record for the world’s longest Mexican wave? Well, surprisingly, until November 2002, the official record (for a single line wave) stood at only 3,276. However, in November 2002, Guinness declared the new record holders to be the 5,805 people of South Wales, who lined Aberavon Beach near Port Talbot, earlier in the year on April 14, 2002.

Of course, the longest wave is certainly not the largest wave. Even back in 1986, figures like 5,000 were easily exceeded (by a factor of 10?) on numerous occasions during the 1986 World Cup. More recently, and still pending official confirmation of success, more than 250,000 spectators lining the 40-kilometer-long (25-mile-long) route through the streets of Mexico City that was traveled by Pope John Paul II when he visited the city in July 2002, attempted the largest (and longest) wave in history. Once ratified, their record should stand for decades, ensuring that Mexicans retain full control of the records related to the Mexican wave.

Actually, I have to admit that I’m not convinced that either the longest or the largest Mexican wave is really a true Mexican wave at all, since neither record complies with the dictionary definition that involves spectators in a stadium! And, believe me, it’s certainly much more exciting to see a Mexican wave racing several times around a packed and noisy soccer stadium, than swishing tamely along an otherwise deserted beach…

Mexican wave is, of course, a term now used for many other things besides the crowd behavior phenomenon described in this article. For example, the term has also been used by molecular enzymologists to describe the characteristic motion in a “Model for ssDNA translocation” and for a kind of acrylic yarn, manufactured in several variegated patterns, that can be machine washed, laid flat to dry, and is considered excellent value for money! In addition Mexican Wave is the U.K.’s leading website about Mexico, one of Mexico Connect’s partners in the on-line “Mexico Network”.

Finally, if you fancy some facial gymnastics, why not learn “How to do an eyebrow Mexican wave“?

So, whenever, wherever and however you next participate in a Mexican wave, have fun!

This article is the basis for Chapter 29 in the author’s Mexican Kaleidoscope: myths, mysteries and mystique (Sombrero Books, 2016). 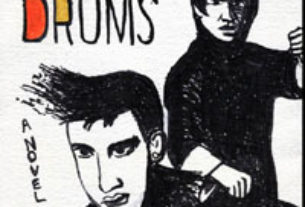