It is no more possible to discuss Marxism in Mexico without referring to Vicente Lombardo Toledano than it is to reminisce about Abbott without mentioning Costello. A teacher, writer, union leader and political activist, Lombardo was a force in Mexican political life for almost a half century. His career included such landmarks as being the 29-year-old interim governor of his native state and — almost thirty years later — presidential candidate of a splinter party that didn’t have a chance of winning. Though accused by Mexican conservatives and American right-wing Republicans of being a Communist, Lombardo was by no means a robot-like follower of the Moscow line. Favoring a tequila – rather than vodka-laced brand of Marxism, Lombardo consistently tried to adapt his socialist agenda to Mexican political and cultural reality.

Lombardo was born in Teziutlán, Puebla, in 1894. A graduate of the Escuela Nacional Preparatoria and the National University in Mexico City, he received a law degree in 1919. Combining careers in the academy, government and labor, he was chief clerk in the Federal District city government in 1921, Puebla interim governor in 1923, alderman for the Federal District in 1924, and federal deputy between 1924-28 and 1964-67. In the academic sphere, Lombardo served as principal of his old preparatory school, head of the summer school at the National University, director of that university’s School of Plastic Arts and founder, in 1936, of the Workers University, which he headed until his death.

But it was in the labor area that Lombardo made his biggest splash. Between 1923-32 he served on the central committee of the Confederación Regional Obrera Mexicana (CROM), Mexico’s largest labor federation. Luis Morones, founder of CROM, was one of these figures who had made that depressingly well-known trek from idealistic revolutionary to rich and corrupt labor czar. A loyal supporter of Obregón and Calles — and handsomely rewarded for his loyalty — Morones had become a millionaire through shaking down employers with the threat of crippling strikes if they didn’t come through — for Morones. (Gains made by workers who had joined CROM were minimal.)

Lombardo’s glory years as head of the CTM ended abruptly in 1940, when Cárdenas concluded his term of office. His successor, former general Manuel Avila Camacho, was more conservative than Cárdenas and a self-confessed religious believer. Though the latter quality may not seem like much these days, there was a strong tradition of anticlericalism in Mexico during the first half of the 20th Century and to announce oneself as a religious believer was to skate on very thin political ice. Considering Lombardo too radical, Avila Camacho replaced him with the more moderate Fidel Velásquez. (A survivor if nothing else, Velásquez ran the union until death overtook him at age 97.)

Embittered by his removal, Lombardo made an angry farewell speech in which he declared that “I leave this office a rich man — rich in my hatred of the bourgeoisie.” Lombardo’s bitterness was undoubtedly exacerbated by the difficulty he had experienced in trying to raise the minimum wage. A 1930 survey estimated that four pesos was the minimum required for the head of a household but that the average minimum wage was 1.06 pesos. Lombardo fought energetically to raise this level but encountered strong resistance from both Mexican and foreign management. In the end, the best he could do was raise the level to 3.5 pesos.

While Lombardo matched Cárdenas in honesty, the two differed in that Cárdenas was modest and unassuming while Lombardo had a reputation for egotism. The press, noting that he had used the word I ( “yo”) 64 times in his farewell speech, dubbed him the “Yo-yo Champion.”

His deposition as head of the CTM ended Lombardo’s career as a major player in Mexican political life. Henceforth he operated on the fringes, while concurrently stepping up activity as educator, author and journalist. He continued to teach and started two publications, a magazine called America Latina and a daily called El Popular. He was a frequent contributor to the leading Mexico City dailies Excélsior and Universal and wrote a number of books and pamphlets, among them The Battle of Ideas in Mexico, Theory and Practice of the Workers Movement in Mexico, The Philosophy of the Proletariat, A Trip to the New China and Message to Mexican Youth.

In his diminished political role, Lombardo founded the Popular Party in 1948 and was its presidential candidate in 1952. In 1960 it was re-named the Popular Socialist Party (PPS) and lingers on today as one of several fringe groups on the left. Lombardo died in 1968, at the age of 74. This was the year of the terrible Tlatelolco riots and it is interesting to speculate on what role Lombardo might have played if he been born 20-30 years later.

As noted, Lombardo was no orthodox Soviet-style Communist. He remained influenced by the humanism he had learned from such teachers as Antonio Caso at the University and always favored a uniquely Mexican brand of Marxism. According to Professor James W. Wilkie, 1967 Bolton Prize winner in the field of Latin American studies, Lombardo was always “in the vanguard of updating and translating Marxism into a terminology which permits Mexican Marxists to adopt Communist theory to their own concept of cooperation with the Mexican Revolutionary Family.” Lombardo consistently distanced himself from Mexico’s official Communist Party. In 1963, when a CP-sponsored peasant group called the CCI sought his support, he denounced it as “the hand of the Mexican Communist Party.” Though supporting Castro, Lombardo strongly disagreed with the Chinese view of the sixties that the Soviets were insufficiently revolutionary and militant.

A Marxist Vicente Lombardo Toledano may have been. Still, within the corral of Marxism, he was decidedly a Mexican maverick. 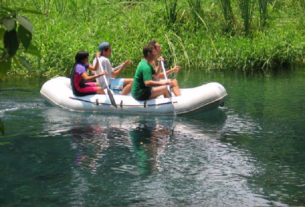