Because of the many fables he wrote, there are those who may wish to compare José Joaquin Fernández de Lizardi to La Fontaine. Such a comparison fails to do justice to both writers. Apart from the Contes, skillfully etched narratives of casual romance published in 1664, La Fontaine is chiefly known for his animal fables in the tradition of Aesop. Fernández de Lizardi’s range was much wider. In addition to the fables, he was also a dramatist, novelist, journalist and political activist. La Fontaine, along with Boileau, Racine, Molière and other writers of the 17th Century French neo-classic period, was an establishment figure in that he enjoyed at all times the favor of Louis XIV. Fernández de Lizardi resembled Voltaire both in the wide range of his output and as a gadfly who mocked and defied the establishment. There was also a resemblance in popular nomenclature: where Voltaire was “the sage of Ferney,” Fernández de Lizardi was “the Mexican thinker.”

Fernández de Lizardi was born in Mexico City on November 15, 1776. In view of his subsequent career as an independence fighter in his own country, the year takes on a special significance. He received his early education in Tepoztlán, then studied Latin in Mexico City. At sixteen he graduated from the University of Mexico’s high school program and at seventeen he was studying theology.

Opting for government service rather than the church, he was a provisional judge in Acapulco when the independence struggle began in 1810. Two years later, while serving as lieutenant of justice in Taxco, he surrendered his arms and position to the liberating forces of José Maria Morelos. For this, he was taken prisoner by the royalists and sent to Mexico City. But Spain at the time had a liberal constitution, the reactionary Ferdinand VII having been replaced by Joseph Bonaparte. Taking advantage of an article regarding freedom of the press, Lizardi founded a newspaper he called El Pensador Mexicano, “The Mexican Thinker”. Since the designation became forever associated with Lizardi, this was an unusual case of the man being named after the newspaper rather than vice versa.

One of the first articles in the paper, a criticism of Viceroy Venegas, landed Lizardi in prison. One recalls Voltaire’s denunciation of the Duke de Rohan, causing him to be beaten up by thugs in the Duke’s employ. Released in 1813, Lizardi wrote several articles about the plague that was then gripping Mexico. During 1815-16, while the Independence War was raging, he published two newspapers titled Alacenas de Friolera (“Cupboards of No Importance”) and Cajoncito de la Alacena (“Little Drawer of the Cupboard”). Despite the flippant titles, these journals contained a wealth of socially and politically significant material.

Obviously believing that print media played an important part in the independence struggle, he founded the Public Society of Reading in 1820. The Society facilitated the distribution of books and newspapers through subscriptions. He also published another newspaper, El conductor eléctrico, (“The Electric Conductor”).

After independence, the military adventurer Agustín de Iturbide set himself up as emperor. This action ran counter to Lizardi’s democratic ideals and he joined the Freemasons, then a center of liberalism in Mexico. Because the outspoken nature of his articles was causing consternation among his editors, he bought a press and published his own work throughout 1822-23. In the latter year, he published a satiric journal called El hermano del perico (“The Brother of the Parakeet”). Though Iturbide was ousted in 1823, Lizardi remained dissatisfied with the third article of the constitution, one that promoted ecclesiastical privilege. To express his views on church-state affairs, he published a bi-weekly called Conversaciones del payo y el sacristan (“Conversations between the Peasant and the Sacristan”). In 1825, during the presidency of liberal President Guadalupe Victoria, Lizardi received his greatest honors when he was named editor of La Gaceta del gobierno (“The Government Gazette”) and given the military rank of retired captain.

But this gifted man was coming to the end of the line. Afflicted with tuberculosis, he founded his last publication in 1826. This was a newspaper called Correo semanario de Mexico (“Weekly Correspondence of Mexico”). On April 27, 1827, sensing that the end was near, he drew up his testament. This epitaph summarizes his life and work: “Here lies the Mexican thinker, who did what he could for his country.”

Despite his relatively short life span, Fernández de Lizardi was born at exactly the right time to accomplish the mission he had set for himself. That mission was to work for Mexican independence and the cause of liberalism; he was born during the last years of Spanish reign and was perfectly placed to fight for independence and then for liberal reform in the new Mexican nation.

For all his renown as a political journalist, Lizardi is also considered the pioneer of the novel in Spanish America. When persecuted and imprisoned for his newspaper articles, he turned to didactic fiction to express his views. In El perico sarmiento (“The Mangy Parakeet”) he mixed plot with didactic observations as he created an unusual but appealing character in the form of a mestizo vagabond. His mockery of the oppressing classes is even more apparent in Vida y hechos del famoso caballero don Catrín de la Fachenda (“Life and Works of the Famous Gentleman don Catrin de la Fachenda”). In this work he effectively uses irony, sarcasm and mockery, as well as skillfully incorporating proverbs and popular sayings into the text.

At the time when Mexico was finding itself as a nation, the wit and wisdom of this engaging iconoclast played a singularly appropriate role. 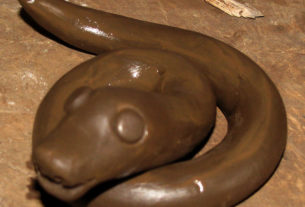 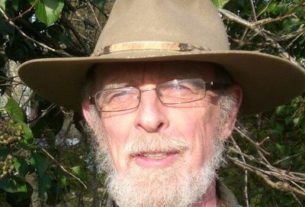 The shrewdness of Mexican women