Obregón was famous for his self-deprecating wit — a product, possibly, of an Irish strain in his ancestry. According to some historians, the family name was originally O’Brien. No matter how outrageous his quips, they always seemed to arouse more amusement than resentment. “We’re all thieves,” he allegedly said to the author Blasco Ibañez, “only with one arm I can’t steal as much.”

The rebellion against Obregón was led by Adolfo de la Huerta, who had served as provisional president after Carranza’s fall. De la Huerta had hoped to succeed Obregón as president and was bitterly disappointed when Obregón, who constitutionally could only serve one term, named Calles as his choice. True to form, Obregón accompanied his decision with a quip, cracking that Calles would die of hunger if he couldn’t practice politics but de la Huerta could always give singing lessons. (He loved to sing and had a baritone voice of near operatic quality.)

The rebellion broke out in December 1923, following a failed bid for the presidency by de la Huerta. His supporters included Catholics, conservatives and a considerable portion of the officer corps, who felt that Obregón had reversed Carranza’s policy of favoring the army at the expense of the farmer-labor sector. With his superb organizing ability and popular support, Obregón was able to crush the rebellion and drive de la Huerta into exile on March 7, 1924. The former provisional president moved to Los Angeles and, true to Obregón’s prediction, earned his living by giving singing lessons.

Though genial and given to jokes, Obregón could be ruthless when the occasion demanded. Where Madero had naively forgiven generals who conspired against him, Obregón ordered the execution of all rebel officers over the rank of major. Yet his sense of humor never deserted him –though at times it moved into the black humor category. One rebel prisoner, a lawyer, protested that he could not be tried by court-martial because he was a civilian. He was promptly commissioned a general — and shot the next morning.

In the foreign policy area, Obregón proved a shrewd horse trader. With the 1923 election coming up, he didn’t want the United States backing one of his rivals. So he negotiated the so-called Bucareli Accords, stipulating that Article 27 of the 1917 Constitution would not be applied retroactively to foreign oil holdings. (The article declared that all land, water and minerals were subject to the federal government and that the subsoil belonged to the nation.)

The role of Obregón’s successor, Plutarco Elías Calles, has been discussed in the section on the Cristero Rebellion. (link Cristero Rebellion). Along with the religious controversy, Calles also had problems with oil. The American ambassador, James R. Sheffield, was a right-winger who completely shared the misgivings of U.S. big business about the Mexican Revolution. Sheffield, who believed Calles was taking an excessively hard line on oil, resigned in July 1927 and was replaced by Dwight Morrow, the man whose diplomatic skill had done so much to end the Cristero Rebellion. Morrow proved equally skillful in negotiating a new agreement, not too dissimilar from the Bucareli Accords. Where Sheffield’s aloofness had failed, Morrow’s tact succeeded.

Obregón’s followers had amended the Constitution so that he could succeed to the presidency after a one-term interval. But his assassination in July 1928 left Calles at the top in fact if not in name. Interim president Emilio Portes Gil, President Pascual Ortiz Rubio, and interim president Abelardo Rodríguez –all were straw men for Calles.

A demonstration of his power came in the 1930 election, when Ortiz Rubio triumphed over the popular and brilliant José Vasconcelos in a blatantly rigged election. On February 4, 1930, the day of his inauguration, Ortiz Rubio and his wife and niece were wounded by a would-be assassin. This traumatic event induced a paranoid state in Ortiz Rubio that grew progressively worse. Ineffectual to begin with, fearful for his life, he resigned in 1932. His successor, Rodríguez, was a colorful, rough-hewn man whose résumé included such disparate occupations as gambling house owner and professional baseball player. Though Rodríguez was less pliant than Portes Gil and Ortiz Rubio, he was still pretty much under Calles’ control though he did occasionally oppose him on minor issues.

In 1928 Calles had created the National Revolutionary Party (PNR), which still exists today as the Institutional Revolutionary Party (PRI). The world’s most durable political entity, its nominee has become president in every election right up to the present. In the 1934 election the PNR nominee was General Lázaro Cárdenas, who had served as governor of Michoacán and minister of war.

Cárdenas was the Elliott Ness of Mexican politics —untouchable and incorruptable. Where other politicians scandalously enriched themselves, Cárdenas was so honest that after serving as a general, governor and cabinet minister he still had to borrow money to move his household goods when he was posted to a new command. As a 25-year-old general commanding troops near the Tampico oil-fields, he had scornfully refused a foreign-owned oil company’s proferred gift of a new automobile.

Calles, who had grown rich and increasingly conservative, agreed to Cárdenas’s nomination as a sop to left-wing PNR members who thought he was taking the Revolution too far to the right. Besides, Calles believed that he had Cárdenas firmly under his control.

He would soon learn better. Cárdenas was the most radical president in Mexican history as well as the most honest. His vision for Mexico was based on three principles: the ejidos (common lands) restored through a strong agrarian program to combat the domination of the large haciendas; a socialist education system to oppose the “fanaticism” of the Church; workers, cooperatives to check the excesses of industrial capitalism. To achieve this goal, he pleaded with workers, peasants and students to form a united front. 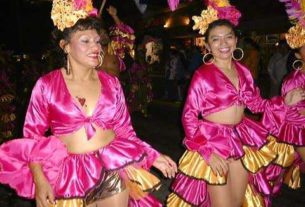