Some of my friends and family are considering combining a vacation in Mexico with a trip to the dentist. While a dental vacation is an oxymoron, the idea does make sense. Dental work in Mexico is bound to save you money, maybe even enough to pay for the trip. The first question dental vacationers ask: “Are there good dentists in Mexico?” I can only answer this based on my own experience and what I’ve learned from talking to others who have gone to Mexican dentists. I haven’t heard any horror stories, although there must be some, just as there are anywhere.

My dental vacation a few years ago combined a trip to San Miguel de Allende with getting a crown for a tooth that was darkening due to a root canal. When I smiled, it looked as if there was a small piece of coal wedged in my mouth.

I planned to be in San Miguel for six weeks, so I didn’t feel pressured to rush into a dental chair. It’s easy to put off going to the dentist and even easier to procrastinate while vacationing in Mexico, so I waited until about two weeks before departure to make an appointment. Based on recommendations I received from English-speaking foreigners living in San Miguel, I chose a female dentist, formerly a member of the board of the state’s dental association. She assured me she could get the job done in ten days. The cost was $120 USD, a good price, considering that my dentist at home wanted ten times that amount.

After the dentist drilled my tooth to a fine stub, she covered it with a ” no es permanente” cap. She made an imprint of the cap and, although she spoke only four words of English – open, wider, close, rinse – I understood that the fitted crown had to go to el laboratorio to be porcelain coated to match the color of my teeth.

By now, we were entering Semana Santa (Easter week) and the lab and the dentist’s office would be closed most of the week, so we made an appointment for the following Monday, five hours before my bus departed for Mexico City. I was there at the appointed hour, but the crown was not. Panic! I had a non-changeable airline ticket from Mexico City to Denver. ” No hay problema,” she told me calmly, and made me understand that she would mail me the crown, complete with ” ¡instrucciones y cemento!”

This is one of the things I love about Mexico. Nothing ever seems to be a problem. Also, the Mexican people are much more “do it yourself” oriented than I am.

I owed the dentist 1,000 pesos, but I didn’t want to pay her until I received my tooth, so a friend in San Miguel agreed to hold my 1,000 pesos, pay the dentist and send me the tooth. A couple of weeks later, I received a small, ring-sized box (postmarked Los Angeles, because my friend found a tourist to mail it from the States). Inside was the pearl-white cap. It was truly a jewel!

Now what? I called dentists in my hometown, but they either didn’t return my phone calls or refused to work with a made in Mexico tooth, probably because they assumed it would be inferior. I couldn’t do it myself and certainly didn’t trust any of my friends to glue it on.

It took me six weeks to find a dentist in another city who agreed to do the work. During this time, I carried around my porcelain gem, proudly showing it off. People laughed at my story and dilemma. The new dentist charged me $65 to do the “cemento” work.

I’d rather not disclose who my Mexican dentist was. I only suggest that if you take a dental vacation, do as I did and ask people living in the area for recommendations. My experience, in the inland cities at least, is that there is an abundance of dentists, so generally you don’t need an appointment more than a day or two in advance. However, DON’T do as I did, and wait until the last minute during a high holiday.

Published or Updated on: September 15, 2007 by Geri Anderson © 2008
Share This:
Tagged exploring-tourism health 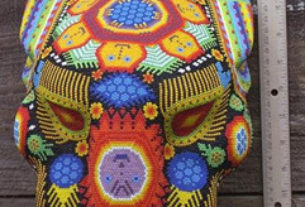