Through the years, Colima, Colima meant volcano views, small sacks of sea salt, classy museums, pretty parks, souvenir casts and carvings of hairless dogs — and another hour to the beach.

¡No más! The city of palms has new and more meaningful significance. We have discovered The Home of Love and Protection for Children, a protestant orphanage serving a Catholic land.

Been there and checked it out. Shook hands with leaders and little people. Felt the tug. What an awesome place!

Judy Hayworth did it. She told us about the Hogar de Amor y Protección al Niño. She guided a tour. She introduced us around as if MexConnect was the International Herald.

Judy has rare insight. She is in her eighth year as a volunteer, a housemother-type who gives hugs, leads prayers, applies Band-Aids and sews on buttons. This is her second life of caring and giving. Back in Oregon, she was just a Christian missionary. At the orphanage, she is an angel.

The orphanage concept came as an afterthought in 1992. A young evangelist, Nahum Gutierrez Martínez, had established a new church in Colima and was dreaming of a big building to attract and serve a growing congregation.

His outreach included a prison ministry and what he saw changed his perspective. There were children just hanging around, with both parents in jail. They needed help much worse than the pastor needed more pews.

“We rented a house for the first seven children.”

From this humble beginning, the orphanage has grown to shelter more than a hundred children at a time. The Home of Love and Protection is really six homes in Colima, two in Jalisco and one in Puebla.

Each house has a paid (not much) director, a paid (less) staff and volunteers, some long-term, some who come and go.

“Young people find us on the Internet,” said Pastor Nahum. “We have had volunteers from all over Europe, Peru, Canada and, of course, the United States.”

Stephan Brauer, 21, came from Magdeburg, Germany for a short visit and is still on the job, eight months later. Some have grown up in the orphanage and returned as contributors. There is a natural flow of Texas help.

Troy Guild, one of the directors, was a young Texas preacher who felt he might be needed more at the orphanage. His marriage to Imelda, a local girl, could have been a factor.

Robert Sawyer came from Dallas to help with earthquake relief. Pastor Nahum recognized leadership potential when he saw it. Robert and his Mexican wife Carmen are house directors.

The goal at the Hogar de Amor y Protección al Niño has never changed: to help orphans, homeless and mistreated children, giving them the support they should routinely have in their own home, support for their physical, spiritual and emotional needs.

In plain English, the orphanage is dedicated to helping children grow up, get an education and find their place in the real world. Signs of success are all around.

Pastor Nahum smiled when asked about pesos. The orphanage is an absolute charity operation, under the wing of Grupo Amor, that new church in ’92, now 1,800 strong with four Sunday services to accommodate growth.

Other church groups elsewhere in the world send occasional donations and sometimes mission groups to help with construction or repairs. College students invite themselves for a different kind of spring break. Individuals “adopt” youngsters, giving as little as a dollar a day to help pay their way.

Sometimes The Home of Love and Protection runs a little short. There was the afternoon the pastor’s wife said they had nothing to feed the children. The pastor said: “God will provide.”

The wife said: “Maybe you didn’t understand. There is no food.”

The pastor said they should not fret, that it would be far more fun to play basketball. The wife reluctantly joined him out on the blacktop, to shoot baskets at a goal with no net, as if there were no problems in all of Mexico.

Soon, a pickup truck pulled into the parking area. The driver brought tortillas and vegetables, surplus he said. The pastor smiled warmly and said “Gracias.”

The fun game resumed, only to be interrupted by another driver who brought cheese and fruit. He said there was more at his house than he needed. A third vehicle followed. That driver brought food that was already cooked.

After smiles and more thank-yous, Pastor Nahum said to his wife: “We should put away the ball and prepare the evening meal. The children will soon be home from school and they’ll be very hungry.”

The crossing from Mexico to the US, based on a true story 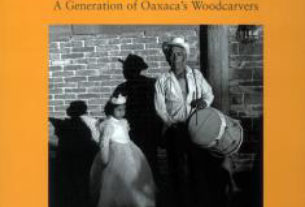