The state of Morelos is like a little heart, beating in the center of Mexico. It is fitting that it was named after José María Morelos y Pavon who took over leadership of the revolution after Miguel Hidalgo was killed . Another important leader in the Mexican revolution, Emiliano Zapata was born in Anenecuilco, Morelos in 1879 and the State of Morelos formed the heart of his ideological and physical fight.

The Facts on Morelos

The state seal of Morelos reads, “La tierra volvera a quienes la trabajan con sus manos / tierra y libertad” (The land will return to those who work it with their hands / land and liberty). “Tierra y libertad” was Zapata’s slogan.

Before Zapata and before being named after José María Morelos, the state was inhabited by Nahuatl-speaking, Tlahuica people . They “were organized into about 50 small city-states… each ruled by a hereditary king,” the largest of which were Cuauhnahuac (modern Cuernavaca) and Huaxtepec (modern Oaxtepec) . In 2000 the population of Nahua speakers in Morelos was estimated at 18,656.

Visitors to Morelos can enjoy exploring many different archaeological sites left by these people, such as Teopanzolco, Xochicalco (founded by Mayan traders known as the Olmeca-Xicallanca, and later inhabited by the Tlahuica), and Tepozteco. Another attraction for visitors of the State of Morelos are the many ex-haciendas in the area such as the Hacienda de Cortes and Santa Catarina, as well as ex-convents such as Santo Domingo (Cuautla and Oaxtepec) and San Juan Bautista (Yecapixtla). Visitors can also enjoy tourist attractions such as water parks, spas and restaurants.

Morelos “has an area of about 4,941 km², making it the second smallest of the country’s states…. In 2003 the estimated population was 1,616,900 people.” Cuernavaca, located 90 kilometers (52 miles) south of Mexico City, is the capital; famous as La Ciudad de la Eterna Primavera (The City of Eternal Spring) .

Tour by Mexico.com reports that Morelos has an elevation ranging between 1,000 and 3,300 meters (2,900-9,800 ft) above sea level and that Cuernavaca “has an elevation of 1,500 meters (5,000 ft.) above sea level with a climate ranging from moderate to semitropical. The State of Morelos has a year round temperature of approximately 25ºC (77ºF) with low humidity and a raining (sic.) season from the end of May until September.”

An American Expatriate Perspective on Morelos

As an American Expatriate living in Morelos, I’ve experienced both the beauty and challenges of the state. Sometimes I feel that Morelos is living on borrowed time based on its fame as a clean, green, and fun place to visit; a fame that was earned and deserved in years gone by.

The truth is that Morelos faces some of the same challenges faced by other states in Mexico. For example, the population of Cuernavaca is growing by leaps and bounds as people from Mexico City try to escape the traffic and crime. Cuernavaca seems ill-equipped to handle this growth and little evidence of city planning is apparent. Some band-aid traffic engineering projects have been completed, but often with less than satisfactory results.

Towns outside of the Cuenavaca Municipal Area receive little to no investment and people survive on subsistence farming. In the cities, a huge percentage of the population works six days a week, receiving weekly wages of 500 to 700 pesos – that’s equivalent to $46 to $65 U.S – yet the cost of living is high due to the number of rich Mexicans from Mexico City who own homes in Cuernavaca. (In other cities in the state, such as Cuautla, wages are also low but they do go a little farther than in Cuernavaca due to a lower cost of living.)

Corruption seems to be feeding Morelos’ problems and sometimes it is hard to imagine the state ever “pulling out” of this quagmire into an honest and healthy future, yet that is what it is doing, step by step.

One of the things that makes Morelos’s heart tick is education and it is known as a center of learning, second to Mexico City. The state has a high percentage of educated people who both appreciate their state as well as travel throughout the world. This gives them high expectations based on what they have seen in other places.

When I first arrived in Cuernavaca, I was impressed with the number of people who have studied a second language (English, French, and German being the most common languages) and at how well informed they are on other countries. People who have the means often travel to other countries. I have met more people in the four years I’ve been in Cuernavaca who have traveled internationally than I had in all my years in the United States put together. People go to Canada, the United States, Australia, Great Britain, Spain, France, Germany, just to name a few.

At the same time, the people of Morelos honor, study, and preserve their history. There are museums in honor of Emiliano Zapata, José María Morelos, the murals of famous painters, the pre-Hispanic peoples, and of course various archaeological sites throughout the state.

Another thing that I personally enjoy about Morelos are its diverse ecological zones. The sweet smelling pine forests in the mountains at the northern part of the state are particularly close to my heart. I love walking in the shade, looking at birds and flowers. Morelos also has lots of wonderful fresh water, some coming right out of the ground as springs.

Living in Morelos I’ve enjoyed a strong sense of community and have felt included. As is normal throughout Mexico, people interact with each other on a daily basis and always have time to stop and chat or to lend a hand. Morelos goes beyond the usual Mexican hospitality, though, probably because of the broad perspective of the world mentioned above. Visitors from all around the world are made welcome in Morelos. People accept newcomers who have different mannerisms or traditions and enjoy learning from them.

Strangely enough, this international perspective does not reduce the people’s attachment to their traditions; rather it seems to bolster it. Morelos is the heart of Mexico because the people keep their traditions alive. Each church has a patron saint and since each saint has his or her day, celebrations take place throughout the year. People spare nothing in their celebrations, setting off copious amounts of colorful fireworks and making barrels of traditional foods such as mole. On festival days people open their homes and communities to each other and strangers are welcomed to partake in the hot dishes served by generous hands.

I have family in Michoacan, a state that is famous for its traditions, yet find the traditions in Morelos much more alive and well. During festivals throughout the state, Chinelos, a type of dancer traditional to Tepoztlán, dance year ’round in the streets of communities. People join the Chinelos, stopping traffic, carrying their children on their shoulders, moving their feet to the rhythm of the Chinelo band.

People spend money on traditional rituals and take time out to enjoy them together. For example, every January 6th people gather to cut special bread called the rosca de los reyes (king’s crown or Magi bread) and whoever finds a tiny plastic doll hidden in the dough buys tamales on February 2nd for everyone present. It’s not cheap buying tamales for whole groups of coworkers or extended family, yet people follow through on traditions such as these no matter their economic status. These are a few of the reasons that this state stands out as having a strong viable heritage. The folks that live here identify themselves as morelenses and hold their tiny state close to their hearts. 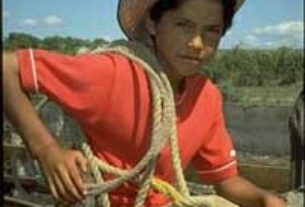 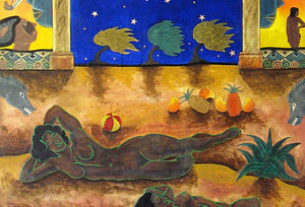