In Mexico, the Christmas holidays begin unofficially with the saint’s day of Our Lady of Guadalupe. But can decorations appear anytime after the Day of the Dead on November 2.The festivities are in full swing with the beginning of the posadas — celebrated each evening from December 16 to 24. They are, in fact, a novenario — nine days of religious observance based on the nine months that Maria carried Jesus in her womb.

The posadas re-enact Mary and Joseph’s cold and difficult journey from Nazareth to Bethlehem in search of shelter; in Spanish, the word means “lodging.”

Traditionally, a party is held each night in a neighborhood home. At dusk, guests gather outside the house with children dressed as shepherds, angels and sometimes, Mary and Joseph. An angel leads the procession, followed by Mary and Joseph or by guests carrying their images. The adults follow, carrying lighted candles.

The “pilgrims” sing a song asking for shelter, and the hosts sing a reply, finally opening the doors to the guests and offering hot ponche, fried rosette cookies known as buñuelos, steaming hot tamales and other festive foods.

The party ends with a piñata in the shape of the Christmas star.

The last posada, held on December 24, is followed by midnight mass, a tradition that lives on in countless Mexican towns and cities. 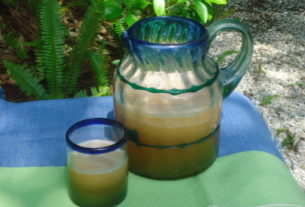