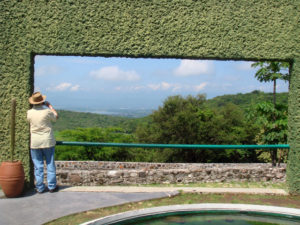 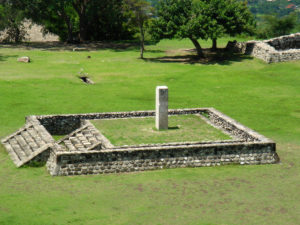 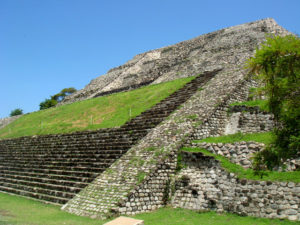 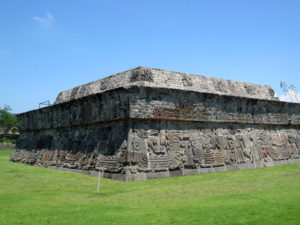 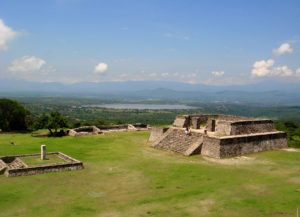 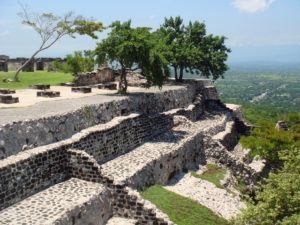 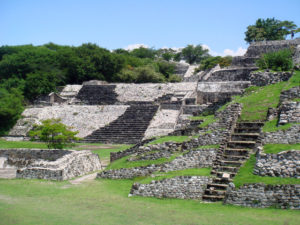 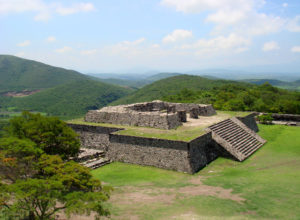 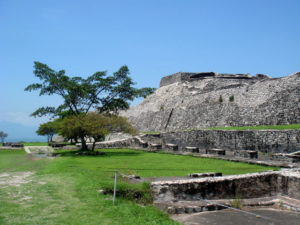 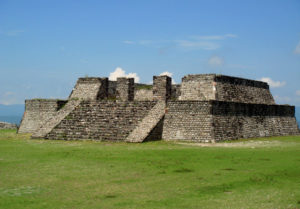 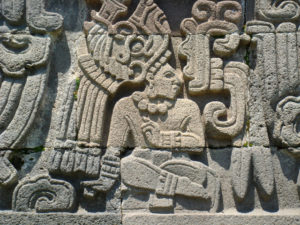 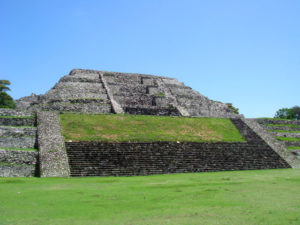 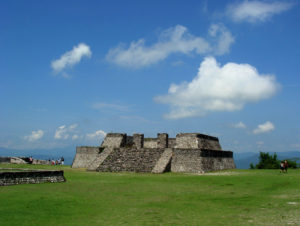 These days, for some tourists, it seems that physical history, a sense of history, a sublimity of walking in the footsteps of the ancients by the light of nature itself, is not enough – one’s senses, incapable of an exercise of pure imagination, need to be kick-started into an appreciation of one’s surroundings. Flashing laser lights in an array of lurid colors, beefing up visual and aural surrounds in the fashion of a U2 or Madonna concert, strikes into the heart of the jaded tourist the necessary feel of the mystery he or she has come to indulge.

From the ancient pyramids of Egypt and Mexico to the catacombs of Italy, an experience of the past cannot quite be washed down without a laser show. Many historical sites now indulge this insipid demand for sensation. Perhaps in the future it will be the norm, and Disneyland will have won. Such a transmogrification has been praised by highbrow publications such as Newsweek, as if it were de rigueur. Presumably, we are so bored with the wonders of the ancient world that modern technology must illuminate them in some LSD-inspired vision.

Yet on a windswept hill overlooking one of the earliest known ball courts to be constructed in Mexico stands a low pyramid, or cue, where hapless victims were led to sacrifice a thousand years ago – and I don’t need a light show to travel to that weird, violent world. They didn’t sacrifice people with a light show. It would just have been a regular day – of horror – blues skies, sun shining. Like countless terrible days.

The pyramid forms part of the archaeological zone of Xochicalco, which shimmers in heat and eerie solitude on a plateau among verdant surrounds in the southwest of the state of Morelos, 23 miles from Cuernavaca. A ghostly aura emanates from the site – in part, perhaps, due to a lack of crowds that permeate Xochicalco’s more famous cousins elsewhere in Mexico.

Of course, it’s not night. The show has not started.

The city’s name means “In the Palace of the Flowers” in Nahuatl – although here under the sun, one’s mind may wander to the loser of a ball game, or a blood-crazed priest with his knife… flowers don’t enter into it. Despite the violent rituals, Xochicalco was a developed urban as well as ceremonial center, laid out and built according to strict guidelines around 650 A.D. It reached its apex as one of the great Mesoamerican cities by late Classic times (900 A.D.), and the Olmec, Nahua, Mixtec, Toltec and Zapotec peoples made cultural contributions to its development.

The famed archeological zones dotted across Mesoamerica still continue to mesmerize historians, scientists, and tourists in their original state. Some sites hark back to the dawn of time in a period referred to as “Pre-Classic” (2000-100 B.C.). The Classic horizon is marked as lasting from 100 B.C. to 900 A.D. It was during this latter time that Teotihuacan in the state of Mexico rose and fell, and the great Maya cities of Palenque, Chichen Itza, Uxmal and Tikal appeared. The Post-Classic period (900-1521) was defined by the dominance of the Aztec empire and its capital Tenochtitlan (the future site of Mexico City) – until its defeat at the hands of Cortes’ Conquistadors.

Archaeologists believe Xochicalco grew in importance at about the same time as the life of Teotihuacan drew to a close. They postulate that bustling commerce activity undertaken in Xochicalco – along with other sites such as Cholula in Puebla and Tajin in Veracruz – contributed to Teotihuacan’s decline. Religious activity – at that time closely aligned with scientific activity – included a congress among astronomer-priests from the varying cultural groups to correlate their calendars. Ultimately, Xochicalco seems to have suffered the same fate as Teotihuacan by around 1200.

To get there, take the Route 95D Mexico City-Acapulco Highway, turn off at the road to Alpuyeca and take the state highway to Xochicalco. Upon entering the complex, there is an interesting museum explaining the history of the city. After making one’s way to the site, the visitor can appreciate the excellent restoration work that has gone into preserving something of the grandeur of Xochicalco.

Xochicalco was inscribed in 1999 as a UNESCO World Heritage listed site. The justification was as follows: “Criterion (iii): Xochicalco is an exceptionally well preserved and complete example of a fortified settlement from the Epiclassic Period of Mesoamerica.” And for Criterion (iv): “The architecture and art of Xochicalco represent the fusion of cultural elements from different parts of Mesoamerica, at a period when the breakdown of earlier political structures resulted in intensive cultural regrouping.”

Xochicalco is nobody’s secret, yet its low-key image must rank it as one of the most under-visited attractions in Mexico – given its proximity to large urban centers and the ease with which one can get there. While it is somewhat mystifying to contemplate why this is so, it is alternately a delight to soak up the largely tourist-free ambience that, in the slow burn of its silence, can ignite the imagination.

You need the light of day, though. The ghost busters arrive at night.