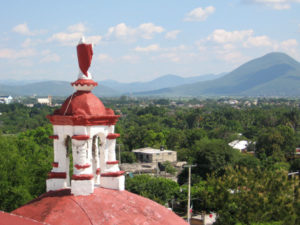 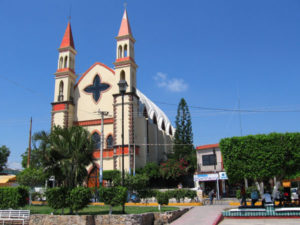 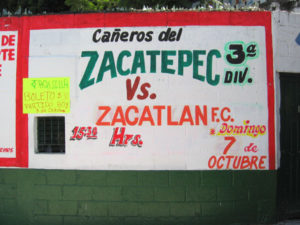 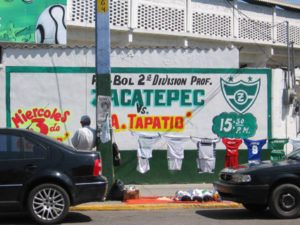 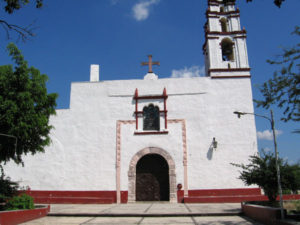 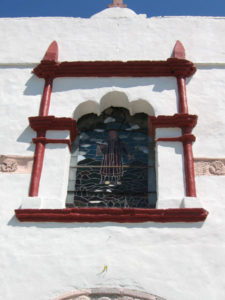 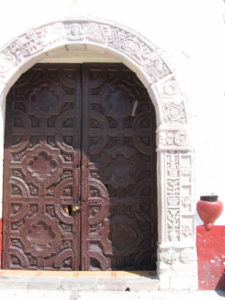 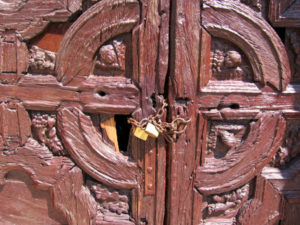 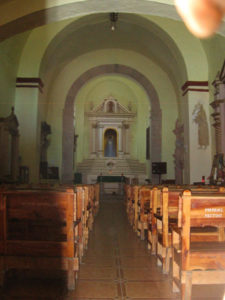 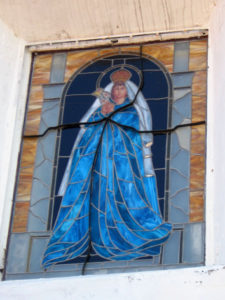 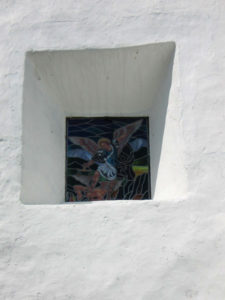 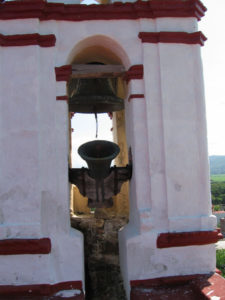 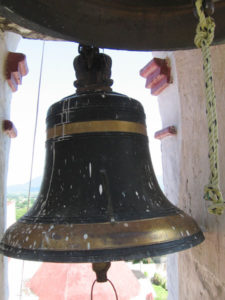 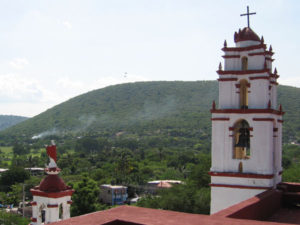 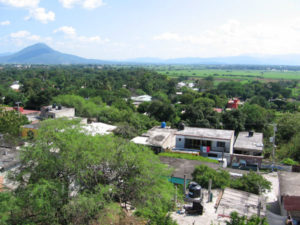 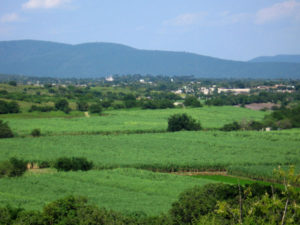 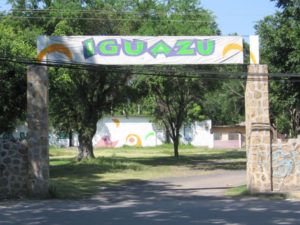 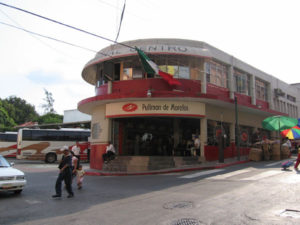 There are two reasons you might want to go to Zacatepec, Morelos. The first is to warm up your frozen bones after a few months of northern winter – it’s hot in Zacatepec, really hot. The second is to be in a place off of the beaten tourist track, seeing the “real Mexico” as many call it.

It was October and still sweaty in Zacatepec. I was finally visiting this town because I had been invited to give an English as a Foreign Language presentation. After the presentation, a colleague generously took a few hours to give me a whirlwind tour of the zócalo of Zacatepec and to visit a church in nearby Tetelpa. My colleague is from Cuernavaca, and has recently become director of a branch language school in Zacatepec – in “the hot lands” as the southern part of Morelos is commonly called by morelenses. Apparently, he’s had some time to think about the hot lands. “It’s as hot as Acapulco, but the problem is that it’s without the beach,” he told me, sweat gathering on his forehead as we left a small store where we’d purchased ice-cold pop and bottled water. Later, as he guided a borrowed car toward Tetelpa, he explained the main reason for the differences in the temperatures, “Cuernavaca has an altitude of 1500 meters and Zacatapec only 910.”

Zacatepec has three claims to fame. One is the sugar mill itself. President Lazaro Cardenas inaugurated the mill on February 5, 1938 inside the burned-out walls of an older hacienda built in the late 1800s and destroyed in 1910 during the revolution. The president wanted to improve the economic conditions of the people of the region. Interestingly, the mill is right in the middle of town because on December 25th of 1938, the state governor created the municipality of Zacatepec as the head of Tetelpa, Galeana (the site of another ex-hacienda), and the former Zacatepec hacienda.

The second of Zacatepec’s claims to fame is the well-known engineering university, Instituto Technologico de Zacatepec (ITZ – Technological Institute of Zacatepec) where students can major in civil, chemical, biochemical, and electromechanical engineering among other careers. The university is part of the federal education system (SEP) and is almost free for students. The university is the outgrowth of a community effort throughout the 1950s to create an institution of higher learning. Until November 28, 1961, students who wished to continue on to secondary school after completing primary school had to travel to nearby Jojutla for their daily classes. The first classes offered were for secondary school students with higher and levels of education being offered as students needed them.

There are close ties between the sugar factory and the school, as some of the first community members who organized and petitioned the federal education system for the creation of the school were members of the factory advisory board. The factory donated the 7.5 hectares of land that are now the university campus and the workers of the factory each donated three days worth of their salaries toward the initial construction costs in 1955. (There had been an agreement between the factory advisory board and the federal school system that the factory was to provide 50% of the construction and ongoing maintenance costs of the school.)

The third claim to fame is a large soccer stadium adjoining the zócalo. During the ’50s the team won two titles in the First Division League Championship. The Cañeros (sugar cane growers) of Zacatepec are now Third Division, but it’s still fun to watch a game in the stadium. If you are in town, check for signs indicating upcoming games.

The polluted Apatlaco River supports Zacatepec, allowing for the irrigation of rice, corn, peanut, watermelon, melon, and especially sugarcane fields. Surrounded by sugarcane fields, Zacatepec is accessed by a wide highway leading from the toll Acapulco-Mexico City highway or from nearby Jojutla. All along the highway there are motorcycle-taxis pulling little passenger wagons behind them.

Zacatepec isn’t usually a tourist destination, but my colleague knew of a recently opened museum in Tetelpa that he’d wanted to see since he had missed the opening ceremony due to work obligations. We made the 15 minute drive to the San Esteban church in Tetelpa and parked in the shade on the street. We were greeted by a uniformed police officer and young local man, casually guarding the church and museum. The church and museum were closed, they informed us, but the young man would take us to the home of the curator, who lived nearby, to see if he would come and open the museum just for us. A few blocks away, we stood in front of a long driveway and the young man shouted for Edgar. Eventually a young woman came out and told us that Edgar wasn’t home, but that she could send someone for him if we really wanted to see the museum. We told her that we’d better come back some other time and thanked her very much.

Our young companion, Jorge Maldonado Hernandez, who gave me permission to include his name in my article, gave us a personal tour of the church grounds, ending with a spectacular visit to the rooftop where we saw the bells and enjoyed the view of the land surrounding Tetelpa, Zacatepec, and Jojutla.

The view from the churchyard is inviting, since the church is built on top of a small hill. Pedestrian streets lead up to the gated entrances from the four cardinal directions. In addition to our voices, the only sounds in the churchyard were birds chirping in the trees and music from a house adjoining the yard on the other side of the whitewashed wall.

Jorge told us that the church had recently been the victim of vandals (probably the reason for the uniformed guard we had encountered). The wooden door had been broken and this allowed us to peek inside. Jorge knew a bit about the history of the church and told us where priests had been buried in the yard; he also pointed out the stained glass windows on all sides of the lovely little church.

We climbed a stairway built onto one wing of the church and stepped out onto the rooftop, painted brick red, and sloped with the curving lines of the church roof. Jorge showed us the four church bells and encouraged us to climb into the small bell tower. Once he had us all safely stationed on the roughly warn stones of the tower, he extracted a small nail clipper from his pocket. He wouldn’t ring the bells for real, he told us, but he would show us the different sounds of the bells. He tapped lightly on each bell so that we could hear the difference in the sounds. His favorite is the bell called la campana reina (the queen bell), made of bronze, gold, and silver. Another bell, the largest of the four, had a gaping crack in one side. This one had fallen from its mount about six years before, and luckily nothing had happened to the man who was ringing the bell at the time.

From the church roof we could see the lush, irrigated fields surrounding Zacatepec and Tetelpa. There was a lot of sugarcane, of course, but there was also, rice, corn, and sorghum (Jorge confirmed or corrected our guesses on each field). We saw one field of familiar blue-green plants. Someone has planted a field of agave and plans to produce tequila, though the agave hasn’t quite matured yet. To the southeast we could see the aqua colors of the pools at the Iguazu aquatic park and, much further in the distance, the church in the center of Jojutla and, to the north, the swimming pool of a club for rich people who come from Mexico City and other places to spend time relaxing.

Beneath our feet in one wing of the church, the community museum waited silently for Thursday to roll around when its doors would be open from 10:00 to 2:00 and 4:00 to 6:00, daily through Sunday. The cost of the museum is $10 pesos (about 1 dollar) and is a guided visit. A brochure about the museum that Jorge removed from the locked ticket office outside the entrance to the museum says that the museum consists of five rooms – a traditional kitchen used by the formerly resident vicars, archeological pieces and models of the original inhabitants of Tetelpa, information about four centuries of Catholic presence in Tetelpa, historic archives including regional records of births, marriages, censuses, deaths, and even mass deaths caused by cholera, and finally a multiuse room for art and cultural exhibits that are changed monthly.

If you want to visit Zacatepec and Tetelpa, stay in a hotel in nearby Jojutla, about 10 minutes away. Consider including a visit to the aquatic park Iguazu, right on the main road from Zacatepec to Tetelpa, to refresh yourself from the intense “hot lands” heat.

Plan your visit during one of Tetelpa’s local festivals so that you can enjoy the awe-inspiring hospitality of Morelos’s traditional townspeople. Jorge carefully reviewed with us the important festival dates which are as follows.

September 16th is the date of los tamalazos. This is when the women make small tamales de ceniza (tamales with a tiny bit of ash in them for flavoring. Don’t worry. They aren’t gritty.) Anyone in Tetelpa on the 16th will be fed this delicious homemade treat.

December 8th is la natividad de la Virgin Conchita and is celebrated with castillos (fireworks on a temporary tower, a wonderful Mexican invention that you’ve got to see to believe). Comidas (traditional foods, such as mole are prepared in copious amounts and all who come to a family’s house are fed), and danzas (dances – each town will have its own traditional dances) are a part of the festivities.

December 26th is the day San Esteban is celebrated with another castillo.


There is regular bus service to Zacatepec provided by Pullman de Morelos (from the downtown Cuernavaca station, the trip takes 40 minutes and buses depart every 30 minutes for 24 pesos and from the Tasqueña Station in Mexico City for 85 pesos). Once in the “hot lands” the peseros or local buses connect Jojutla, Zacatepec and Tetelpa into a convenient network. Taxis and motorcycle taxis are also available to take you from place to place.