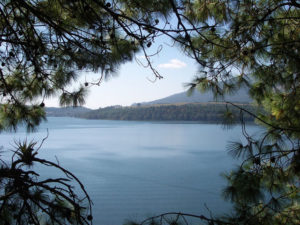 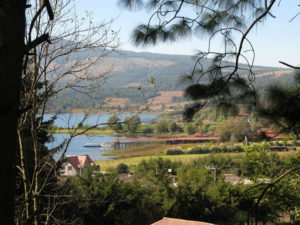 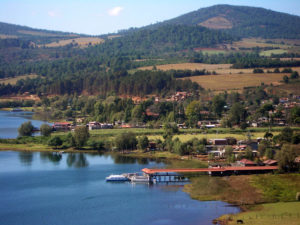 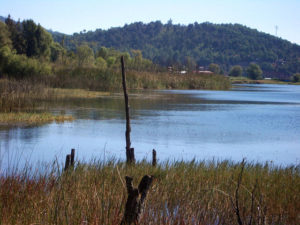 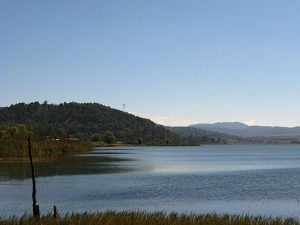 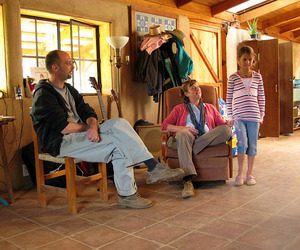 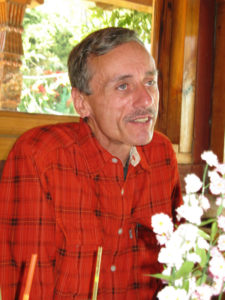 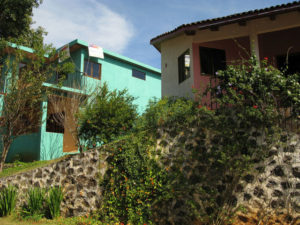 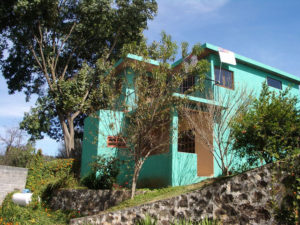 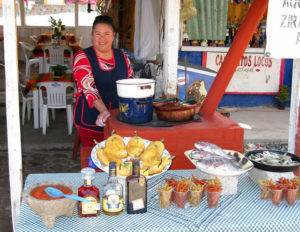 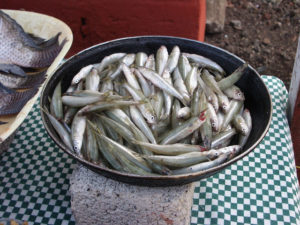 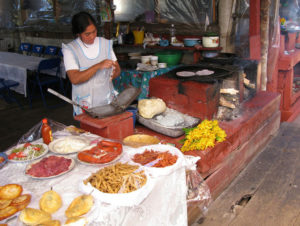 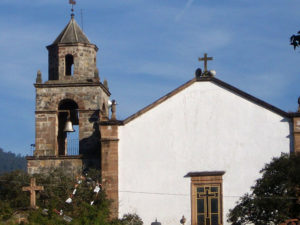 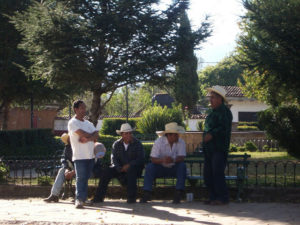 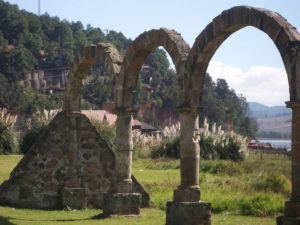 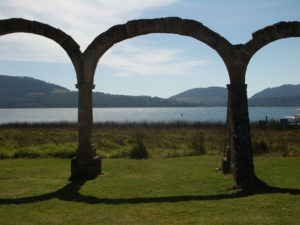 When I first set eyes on the pure, crystal blue waters of Lago (lake) Zirahuén in the central highlands of Mexico, my stomach did a nose dive. How could such striking alpine beauty exist in a country known for its beaches, desserts and low lying vegetation? Lago Zirahuén, surrounded by hills forested with pine, oak and ash trees, is a little known treasure in the state of Michoacán. A 20-minute drive on a well-maintained highway blessed with gorgeous views of forest and hillsides will bring you to Pátzcuaro, a culturally rich town of 50,000 to 60,000 people, including an expat community large enough to be noticed.

The lake area and village known as Zirahuén is home to about 2,500 people, of which only 12 to 15 are English-speaking expats, according to several expat residents. The village of Zirahuén is a small collection of homes and resident serving tiendas (shops) laid out in a patchwork of dirt, cobblestone and gravel roads. Typical of Mexican villages, the center of town features an impressive colonial-style church and a nicely landscaped plaza with the requisite fountain. Unlike many villages in the greater Pátzcuaro area, Zirahuén did not develop a craft unique to its village during the colonial period. However, Zirahuén is known for its music, having 20 or so bands who entertain both locals and people in other parts of Mexico..

Most local residents of Zirahuén were born there, as were their parents and grandparents. For generations, much of the land has been owned communally in what is called ejido land. However, in the last 20 years, more and more ejido land has been converted to private ownership under the Mexican Land Reform Act, which of course opens the door to further development. This is a concern for some of the local indigenous people, who are intensely serious about preserving the ecological integrity of the lake and surrounding forest areas. They lament the fact that some of “their” forest has been cleared to make way for profitable avocado farms. The government’s commencement of a cobblestone road over the existing dirt road surrounding the lake has brought fierce opposition from some of the locals.

Although Zirahuén appears on the surface to offer undisturbed natural splendor, new development is a reality. Locals talk about a surge in larger, custom-built private homes during the last few years, many of which boast impressive lake views. Turinjandi, a newly-built luxurious complex of rooms, villas, and a restaurant, is perched on the top of a forested hill with stellar views of the lake. The owners of Present Moment Retreat, a high-end yoga retreat and meditation center located in Troncones, are building a similar facility deep in the woods of Zirahuén, scheduled to open soon. Still, the vast majority of people in Zirahuén live a simple life, cradled by rich natural beauty and enhanced by a slow pace of life.

Lago Zirahuén is so stunningly beautiful and tranquil, I am amazed that more foreigners have not settled there. As new development and improved infrastructure arrives (such as the cobblestone road being built around the lake), the land in this area is likely to appreciate. Liliana Gonzales is a prominent, bilingual real estate agent/lawyer in this area and owner of Mexatua Real Estate, with offices in Pátzcuaro.  As she explains, “Zirahuén is becoming a very exclusive place. It has evolved from a forgotten and abandoned village to a place whose natural beauty is well appreciated, especially by foreigners. The village is small and properties around it are naturally large (usually several hectares). In terms of prices, I have sold land at 80,000 pesos per hectare in 2005, then 144,000 pesos per hectare at the beginning of 2007 and 400,000 pesos per hectare at the end of 2007. Today, prices per hectare with a lake view go for more than one million pesos.”

I interviewed a few expat residents to find out what it was like to live in Zirahuén. Stephen, who prefers not to publish his last name, is a U.S. citizen who has lived in Zirahuén for six years. Tall and lanky with a warm and slightly mischievous smile, he showed me the attractive property he built in the village, a main house and a guest house on 1/3 acre of land with a view of the lake. His property will soon be for sale, as his heart and energy have moved elsewhere.

Two years ago, Stephen purchased a 15-acre lot with trees and a river four miles outside of the village. Single and 57 years old, Stephen is not looking for a partner at this stage of his life. Instead, he has “adopted” a young Mexican family, a couple in their thirties and their two children, a 13-year old daughter and a 12-year old son. He built a house (with a separate wing for himself) on his 15 acres where the new combined family lives together. This new family is in the process of planting crops, primarily vetch (a type of forage) and fava beans. Chickens and eggs are part of the farm operations. Stephen is not looking for income; he is looking for a lifestyle. He thoroughly enjoys having children in his life, enjoying his quasi-parenting role, such as helping them with homework. Stephen is investing in his future, a supportive family to help him in his later years and hopefully, “lots more time in the hammock.”

Stephen enjoys a lifestyle of simplicity in a small community where everyone knows everyone else. As he explains, “The reason I’m here in Mexico is that I’m trying to escape the 21st century. Zirahuén feels more like the 19th century to me. It almost has a feeling of the ‘wild west.'” He has come to appreciate a low-tech approach to life, although he is not prepared to live without his internet access.

Zirahuén is also the chosen home for 38-year old expat residents Randall and Jenn Gilbert and their two young daughters, Ilsa and Marisa. Driving down a steep, deeply rutted private dirt road surrounded by ejido land corn glistening in the sun, I arrived at their home situated on a lovely open meadow five-acre parcel surrounded by trees. They chose Zirahuén because, in Randall’s words, “it was the only lot they could find at the time that met their four requirements: water, electricity, access and clear title.” Their home, built by Randall of straw bale construction with the help of a few friends and local tradesmen, is a model of beauty, light and simplicity. Construction costs were a fraction of the construction costs of a typical U.S. home.

Most of the expats I’ve met in Mexico are middle-aged or older. I was intrigued with this young couple who not only moved to Mexico in their early 30s, but also continue to travel extensively. When I asked them how they support themselves, Randall’s first response was that they live simply. For most food and household supplies, they favor village shops and the weekly tianguis (street market) over the more expensive options in Pátzcuaro. Entertainment is largely hanging out and sharing meals with friends. Their lives are so rich in friendships that, as Jenn says, “We have to fight for time without people.”

With backgrounds as musicians — Randall is a drummer and Jenn plays guitar and writes songs — they sometimes teach music. They have also taught English and provided translation services for film scripts. Occasionally, Randall will return to the United States to take on a short term work project. As for the future, Randall is a beer connoisseur and would love to someday grow hops and barley and get Mexicans “hooked on hops beer.”

When I asked the Gilberts what advice they would give to people contemplating a move to Mexico, Jenn said, “Too many people move to Mexico because the cost of living can be so much less than north of the border. This is a very bad idea. You need to love the people, the culture, and the adventure, because if you don’t, and you’re just here for the cheap lifestyle, you’ll be very frustrated and unhappy. It’s like going to a restaurant and ordering a hamburger because it’s cheap, when you would really prefer fish. I have watched expats move to this area because it’s cheap, but they don’t learn Spanish or integrate into the culture. The result is unhappy and often alcoholic lifestyles.”

Zirahuén has a lot to offer tourists who are interested in natural beauty and outdoor activities such as hiking, boating (the non-motorized variety), sport fishing, bicycling, and horseback riding. Accommodations at very reasonable prices (often in the range of $60 to $90 US per night) are available. Zirahuén Forest Resort, with its many activities on two sides of the lake, is particularly ideal for families with children and the outdoor sports enthusiast. For a romantic, luxurious vacation, try the hilltop resort of Turinjandi. Vacation rentals in all sizes and shape are plentiful. With its close proximity to Pátzcuaro and Santa Clara de Cobre, Zirahuén tourists can also enjoy a plethora of restaurants, shops and cultural activities within a 20 minute or shorter drive. Whether you are a tourist or a potential resident, Zirahuén is an enchanting and peaceful haven not to be missed. 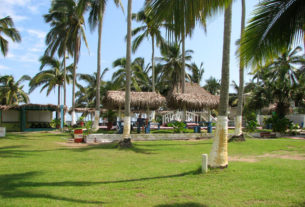