Thousands of dinosaur bones have been found in northern Mexico.

Dozens of dinosaurs, including the world’s cheapest, have been unearthed in a broad belt across northern Mexico, from Baja California and Sonora in the west, through Chihuahua, and Coahuila to Nuevo León and Tamaulipas in the east. Dinosaurs lived from around 230 to 65 millions years ago. Most of the dinosaurs dug up in northern states date back about 70 million years, though those found in the Huizachal canyon in Tamaulipas include the oldest known dinosaur bones in Mexico, from the Jurassic period 180 million years ago.

There are two prime locations in Coahuila. It is hard to imagine today, but millions of years ago the southern part of the state was a vast river delta bordering the ocean. It appears that literally hundreds of dinosaurs floundered in the mud while trying to forage for food. Conditions changed and fossilization preserved the remains of these beasts for prosperity.

Coahuila’s most famous dinosaur was discovered at Presa San Antonio, some seventy kilometers west of the state capital Saltillo. Between 1988 and 1992, excavations on ejido land, led by Dr. René Hernández of the National University (UNAM), succeeded in recovering more than 70% of the bones of a herbivorous Kritosaurus. When reassembled, the creature was 7 meters (23 feet) long and stood 3.8 meters (12.5 feet) tall. It also became the cheapest dinosaur in the world. Excluding Dr. Hernandez’s salary, its excavation cost just 15,000 pesos, equivalent at the time to 5,000 dollars. Making a replica for the Institute of Geology Museum in Mexico City cost a whopping 40,000 pesos. The replica (218 bones) is named “Isauria”, apparently because one of the first high school students to view it was overheard to say that it looked just like Isaura, one of their fellow students!

The second location is even closer to Saltillo. The Rincón Colorado ejido is 43.5 kilometers west of the state capital along federal highway 40, the road to Torreón. Here, a small village, located three kilometers north of the road, boasts Mexico’s only “on-site” paleontology museum, complete with lots of dinosaur bones and imprints. Visitors to the museum can also obtain permission to visit the dig, located a short distance away on arid, red-tinted, scrub-covered hillsides, one of which, formerly called Cerro de la Virgen, is now known as Cerro de los Dinosaurios. Bones litter the ground, and more than 20 dinosaurs, dating from the Late Cretaceous period, have so far been found in an area of 25 square kilometers. They include specimens of duck-billed hadrosaurs, one of which still sports its toenails, horned ceratopids (three rhinoceros-like horns on the head), carnivorous tyrannosaurids and dromaeosaurids. Triceratopid still had some skin attached to its bones, very rare find, due to precise mineral-rich conditions of its burial. Hadrosaurs are particularly common and may have been amphibious, though those found here were presumably not very successful at it!

The displays in the Rincón Colorado museum reveal the wide diversity of fauna that once thrived in this area, including fish, turtles, crocodiles, sharks, bivalves, gastropods, ammonites as well as a considerable variety of flora, as shown by tell-tale signs of at least nine different kinds of fruit. Today’s vegetation is much less varied, consisting primarily of plants like agaves, prickly pear cacti, creosote bushes and acacias that can survive in the harsh semi-arid conditions.

Visitors to Coahuila today not only get the chance to see dinosaur bones but with a little perseverance and luck can also find some of the ancient petroglyphs in this part of the state that archeologists think may date back to 4,000 B.C.

In the neighboring state of Chihuahua, the chronicles of early travelers describe finding giant bones in the desert. In recent years, a team of Mexican and American researchers has been working at a site 13 kilometers (8 miles) from the Rio Grande, where numerous hadrosaur leg bones were found protruding from the ground in 1999. This region, a desert today, must once have had a fauna as rich as that found in southern Coahuila 70 million years ago. Specialists in the group are especially interested in the smaller animals that lived in the swamps, and have already found and cleaned hundreds of fossilized mice teeth. This site lies well inside the 50-kilometer-wide corridor along the border that the Mexican government wants to designate as an ecological reserve and is not open to the public.

Fortunately, for those who want to see dinosaurs but don’t want to go traipsing out into the desert in Coahuila, there are some excellent alternatives. One option is the paleontology museum in Ciudad Delicias, 85 kilometers south of the city of Chihuahua. The two cities are connected by a four-lane highway, so the driving time between them is about 50 minutes. The museum is downtown at Avenida Rio Chuvíscar Nte. #2, (Tel: 614-474-4068). The museum is open daily (modest entry fee) from 9:00 a.m. to 7:00 p.m. The museum’s exhibits were amassed patiently over more than 20 years. They include not only dinosaurs, but also numerous other marine and terrestrial creatures, as well as minerals and meteorites. The fossil collection on display is one of the most important in the country.

Another option is the world-class Desert Museum (Museo del Desierto), opened in 1999 in Saltillo. Its paleontology area includes Isauria. The museum is in the Parque las Maravillas (Prolongación Pérez Treviño No. 3745; Tels: (844) 410-6633 / 6632)

While in Saltillo, and given that many scientists believe that all birds are descended from dinosaurs, be sure to visit the Mexican Bird Museum (Museo de las Aves de México). The museum, which opened in November 1993, houses 2350 specimens of 670 different species, collected over more than 50 years by ornithologist Aldegundo Garza de León, in the Antiguo Colegio de San Juan, a former Jesuit college, three blocks south of the main plaza. Its excellent web-site contains a wealth of information about Mexican birds, including some stunning audio-visual clips and images that can be manipulated to be viewed from different angles.

While signs of dinosaurs have also been found further south, in states like Michoacán, Puebla, Oaxaca and Guerrero, it seems that Mexico’s best dinosaur-hunting terrain is the incredibly rich fossil zone that straddles the states of Chihuahua and Coahuila.

In Saltillo:
For a hotel full of character, try the Hotel Rancho El Morillo
Prol. Obregón Sur y Perif. Echeverria
Apdo. Postal No. 304
Saltillo, Coahuila 25070, Mexico.
Tel: (844) 417-4078 Fax (844) 417-4376
E-Mail: reservaciones@elmorillo.com
It may be slightly difficult to find (download a map from their website) but is an interesting place to stay, and you may even find a remnant of dinosaur bone in your room since this is the hotel that was used by most of the dinosaur researchers! 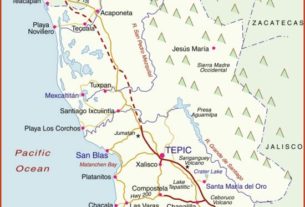