Photo gallery: On The Trail Of Xipe Tótec. © Joseph Sorrentino, 2021 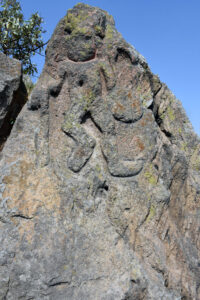 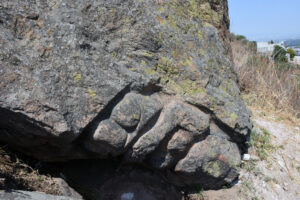 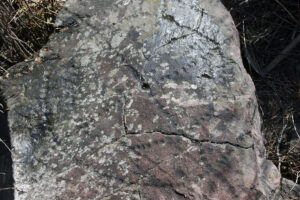 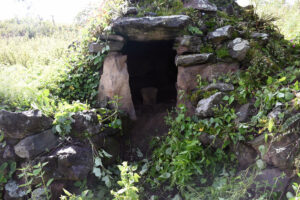 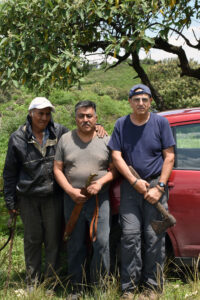 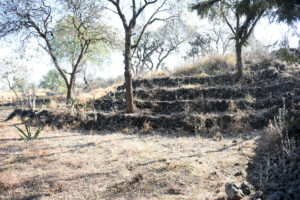 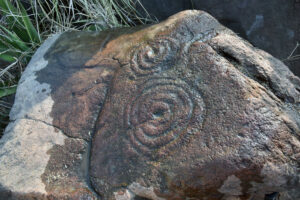 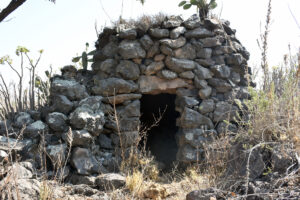 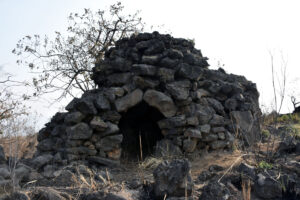 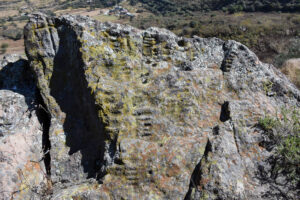 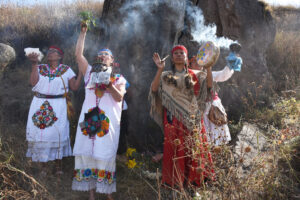 I first met one of Xipe Tótec’s priests on March 30, 2018. I know the exact date because, happily, my Nikon records the date of every photo I shoot. Me, I’m not that good at keeping accurate records.

Fortunately, I didn’t actually meet the priest because Xipe Tótec was the Mexica god of, among other things, sacrifice. No telling how that encounter might have turned out. I met him when I stood in front of the huge boulder on which he was carved 600 or 700 years ago.That boulder stands on a hill overlooking San Gregorio Atlapulco, a pueblo in the southern part of Mexico City. I was glad not to have made his acquaintance in person since he’s depicted as wearing a human skin. Shaking hands would have been messy.

Lying on the ground next to him is another boulder carved with Cihuateteo, the Mexica goddess of fertility (in San Gregorio, she’s known as La Malinche). She’s kneeling, her hands folded over her stomach; she appears to be pregnant. Sometime in late 1770, Spanish friars had her toppled when they learned that people were still performing ceremonies in front of her. That didn’t stop the ceremonies—to this day, flowers and candles are still often found around her and curanderas sometimes perform their rituals there. The friars tried to topple the priest as well—there’s a small hole in his torso where they probably inserted a pole—but he wouldn’t budge. He stands erect, as he has for centuries.

I was taken to these two boulders by Javier Márquez Juárez, an amateur historian in San Gregorio, who has since become a good friend. Together, we’ve walked for hours around the unexcavated ruins of a prehispanic city, which we’re told is named Teolín. In Nahuatl it means Movement of the Gods. It has been a fascinating journey.

After that trip to the boulders, Javier told me that there were other ruins in the hills surrounding San Gregorio and, a week later, we went looking for them. On our first trip we only found one small structure and after we’d found a couple more on our second, we bumped into Froylin, an elderly gentleman who owns some land there. He said he knew of other prehispanic structures. He took us to some and sent us on our own to view others by saying things like, “Go to that large nopal over there and then go to the left.” We viewed several structures and ended up standing in front of what appears to be a large, buried building with a plaza in front of it. A number of structures dot the periphery. It was then that we realized what the ruins were.

I turned to Javier and said, “Javier, this is a city.”

He nodded his head in agreement. “I did not know,” he said.

Javier and I explored the ruins once or twice a month for almost a year, and each time we went we found something new. At times it seemed like every stone had a story to tell. There are large stones carved with maps, some with faces. Others are carved to depict the nearby terraces on which crops had been grown. On top of those stones are small holes called pozitos (small wells) into which liquid would have been poured—Javier believes it was probably blood—that then trickled down over the stone, most likely a ritual to ensure a good harvest. We may have found sacrificial altars; large, flat stones with channels carved into them leading to the ground.

We discovered two fascinating stones, one that Javier literally stumbled upon.

One day, Javier was exploring the ruins on his own when he stepped wrong and twisted his knee. He sat down on a stone to rest and when he looked at the stone on which he sat, he found it was a cruz punteada, also known as a “pecked cross circle.” There are several found throughout Mexico, including in Teotihuacán, and were likely astronomical devices. When Javier brought me there to photograph it, he said, “We may be the only ones to have seen this for centuries.” That gave me a chill.

The other stone that’s particularly interesting is one with two carved spirals. These spirals are found in around the world, the oldest being 6,000 years old. They may be a representation of the universe, another astronomical device, a design signifying creation or something completely different.

In addition to these stones, we have found structures that were probably temazcales (akin to sweat lodges), observatories and a small pyramid. Some small structures—only big enough to hold one or two people—may have been where priests prepared themselves for ceremonies. Several of these contain small upright stones that have flattened tops which priests may have used to place hallucinogenic plants or mushrooms used in their rituals.

Juan Rafael Zimbrón Romero and Eric Saloma García, two archeologists, have explored the site and have written books containing images and information about it. Zimbrón said that the ruins range in age from 600 to 2,000 years old. “It depends on the area,” he said.

These ruins are what is left of what was probably a sacred city dedicated to Xipe Tótec. Sadly, the site is deteriorating and, in some cases, being destroyed by people who don’t know its value. Sometimes people will dismantle a structure to build one of their own, other times they’ll destroy something because of their superstitions; they believe the site may be evil.

It’s amazing to walk around this site, to discover carved stones and boulders and to wonder what people were trying to convey, to enter structures and think about what they may have been used for, to uncover things that may not have been seen for centuries. But it’s bittersweet as well because it is clear that unless something is done to preserve it, it will disappear some day.

What’s needed to save the ruins is funding, something Mexico’s National Institute of Anthropology and History (INAH) apparently lacks. We’ve done what we can to document the site. I’ve taken hundreds of photographs and Javier and I published a book, available online, called San Gregorio Atlapulco: Cosmovisiones, which contains a detailed section about the ruins. The book will at least serve as a record of what once was here.

Joseph Sorrentino is a journalist, photographer and playwright. His website is www.sorrentinophotography.com. His book San Gregorio Atlapulco: Cosmovisiones is available online (via the link), and Stinky Island Tales: Some Stories From An Italian-American Childhood is available on Amazon.