In the 1860s, Mexico was the world’s most important producer of silver.

El Bramador doesn’t appear on most Mexican road maps, but it exists in the western Sierra Madre Mountain range in Jalisco. There is an unpaved road from Talpa de Allende, and the drive is about five hours long. We were in Puerto Vallarta, so our directions read: Take the highway south toward Tomatlan.

There was a time when this scenic route along the coast of Banderas Bay was a tranquil drive. The ocean has not moved, but you no longer have an unobstructed view of it. High-rise condominiums and big hotels line the road. Bulldozers and heavy dump trucks are your road partners until you get almost to El Tuito, a village that is quickly becoming a “bedroom community” for Puerto Vallarta.

An approximate forty-five minute drive south from the center of Puerto Vallarta will bring you to a new addition to this area – a twenty acre botanical garden – where visitors can walk among more than 3,000 varieties of plants. There are orchids so small they are almost invisible to the naked eye and ferns as big as trees. A fine restaurant, The Plantation House, overlooks the garden and a deep ravine that comes alive in the rainy season.

We took the cutoff to the left before reaching Tomatlan, as per our instructions, and began our ramblings on what we call a brecha, an unpaved road leading us through small villages with names like La Roca Pintada, The Painted Rock, Gabriel y Rafael, and Los Baños, where the farmers run their cattle through dipping tanks to rid them of ticks, fleas and mites. Rocks the size of great cruise ships, worn to a smooth satiny finish by thousands of year’s exposure to the wind, rain, and sun, lay in fields where sheep and goats grazed. We saw trees with trunks so enormous that six big men, joining hands, couldn’t reach around them. The two-inch deep dust on the road made us wish for a vehicle equipped with four-wheel drive. We traveled the road in May and you would never want to try it in the rainy season. Five hours from starting time, we reached our destination.

El Bramador is not the bustling, mining village it must have been in the 1860s, but the old mine shafts are still there. It is a ten-minute donkey ride up the mountainside from what was once the town’s main plaza. Sidewalks are laid with flat stones that could have been slate dug from the surrounding hills. Red dust covers the streets, but the houses are clean and appear to have been recently painted. Most of them bear galvanized tin roofs instead of the hand-made clay tiles we normally see on our exploring trips. Many of the tin roofs were painted white to reflect the sun’s blistering heat.

The villagers were curious about their visitors and came out from their doorways to greet us. Several invited us to take lunch with them in their homes. We had packed our own vittles, but we graciously accepted refuge from the sun at one house. The residence was set along a dry river bed with the front door and windows facing what would be a roaring river in a few weeks.

Leticia, the beautiful twenty-two year old daughter of the house, invited us into the front room, which was a semi-enclosed veranda with rooms leading off to one side. There were no doors, but each room had its private entryway covered by a heavy red velvet drape. The windows overlooking the river were hung with frilly, white organdy tie-back curtains. A bookcase stood at one end of the room, but its contents were covered by colorful hand-embroidered scarves. The floor was straight out of Architectural Digest. It was grey cement, polished to a high sheen from daily mopping. Leticia told us she began her household chores at six in the morning and the cement floor was her first exercise of the day.

The reason we came here was to sit in the church built by folks a long time ago. It sits on a small knoll in the middle of town. Its doors are locked, but it is cleaned daily by a jovial lady who opened it for us. We were joined by a throng of school children, no doubt, wondering why we were snapping so many pictures.

Wilhelm Theodor Friedrich Koch set sail on the steamship, Esther, from Hamburg, Germany on August 14, 1864 and arrived in Manzanillo, Colima on December 16, 1864. He was only twenty-two years of age, but he studied chemistry and assaying at the mining academy in his home-town of Clausthal. Otling & Company, an exporting and importing company hired him to manage their office in Manzanillo. 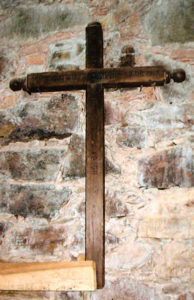 In the 1860s, Mexico was the world’s most important producer of silver. Most of the mining was done in the center and on the east coast. Due to the travel conditions, mining in Jalisco was difficult, but it was being done. Donkeys or mules transported the silver to the nearest railway in Guadalajara or the nearest shipping port in Manzanillo. Puerto Vallarta was closer, but no trade ships worked that port.

Mules would carry a load of approximately three hundred pounds, but had to rest after about three hours. A donkey could travel for five hours with about half that load. It took Wilhelm eight days to travel from Manzanillo to El Bramador by horse. It would be about the same length of time to Guadalajara. The silver and gold mined from Mexico was shipped to Spain and Germany once a year from Veracruz. Getting it there was hard work.

However, Wilhelm convinced his company to purchase rights to the Santa Eduvigis mine in El Bramador in early 1865. He so strongly believed in its success that he moved there and built his house and a testing laboratory. The mine produced nothing for three years. The mine shafts filled with water and it had to be hauled out before the work could continue. This was no easy task. Notches were carved from tall tree trunks to form a ladder for a man to climb up with a bucket of water balanced on his shoulder. Otling & Company gave up on Wilhelm and wrote off Santa Eduvigis as a bad investment.

During this time, he was despondent and did not communicate with his family in Germany. He also suffered from bouts of tropical fevers. Finally, in 1868, he struck the veta madre, the mother lode. From all accounts, he was able to develop the town, pay off his debts to Otling & Company, send silver back home, amass a fortune and build the church in El Bramador.

Wilhelm had been a strong young man when he came to Mexico, but hard work in the mines and his fevers had worn him down. He was having a problem with leg cramps, which were disabling at times. He wanted to return to Germany as soon as possible to recuperate, so he was surprised and elated when his brother Albert showed up unannounced in November, 1878.

Wilhelm planned to marry his cousin, who was too frail to endure the rough life in Mexico’s mountains, but he wanted to secure his future life’s necessities before going home. The two brothers worked together with Albert learning the mechanism of the mine. Plans were made for him to manage the mine when Wilhelm returned to Germany.

These plans were never realized. Wilhelm died at twenty minutes after midnight on October 15, 1879 from a stroke.

Before his death, he told Albert if he should die before getting back to Germany, he wished to be buried on a wooded hillside with El Bramador at his feet and the buildings of his mine, Santa Eduvigis, high above him. Genuine grief was expressed by the population of El Bramador as, one by one; they filed by the bed on which he lay. He was buried on the hillside.

A Catholic priest rode a horse two days from Mascota to say a final prayer over Wilhelm’s grave, in which he expressed his conviction that “this man should receive eternal blessedness, otherwise not obtained by those of a different faith.” The priest consecrated the ground, and from then on it has served as El Bramador’s cemetery.

Family records indicate he spent around 55,000 Mexican reales on building the church and a town hall. What would that be at today’s peso exchange rate? The church was never finished. It has no roof. Local lore has it that during its construction, an Indian worker died from a fall off the high wall to the floor inside the church. The Indians believed this was a sign from the heavens the church should not be completed, and so, no roof. Today the inside is protected from the rough elements by a tin roof, the same as the houses.

There is no priest assigned to El Bramador, but a clergyman from Talpa visits when the road is passable. The pews are not the heavy carved ones we see in so many of our churches. In fact, they are a bit wobbly and look to have been thrown together by somebody other than a skilled carpenter. But the church was built by master stonecutters and masons. I don’t know if it was the sun’s heat penetrating the thick stone walls or my imagination, but I’d like to tell Herr Wilhelm his church feels alive, warm and comforting. 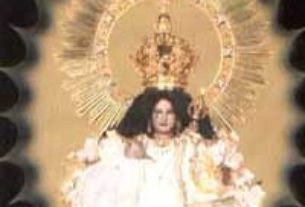 Wishes Instead of Resolutions

Head for Mexico: The Renegade Guide by Don Adams