These delicious antojitos, sold in markets in Merida and other peninsula towns, are small, thick tortillas with a variety of toppings, including the local versions of moles, made with ground spice mixtures called called recados. The most popular topping of all is shredded, cooked turkey or chicken, a pure white, heat-resistant breed of which the yucatecos eat in abundance. Salbutes, like just about any other dish in the Yucatan except dessert, are always served with pickled red onions (below.) The other requisite condiment, chile habanero, should be served on the side and approached with caution. Known as the hottest chile in Mexico, canned chile habanero can be found in the Mexican section of US supermarkets, or at smaller stores in Mexican neighborhoods, under the brand name La Anita.

Mix the masa and the flour until they are well blended and the masa is uniformly incorporated into the masa.

Divide the dough into 12 equal size balls and press them lightly in a waxed paper lined tortilla press. They should be smaller and thicker than regular tortillas, about 1/4″ thick and 2 1/2″-3″ in diameter.

In a deep skillet, fry them on both sides in hot lard or oil. They will inflate as they cook. Remove each one as it inflates and drain well on paper towels.

Top each salbute with a layer of cabbage, then turkey or chicken, pickled red onion and sliced tomato.

Ingredients For the pickled red onion::

Place onions in a saucepan, add water to cover, bring to a boil and remove from heat. Drain and rinse in cold water to stop the cooking process.

Place the onions in a non-reactive container with the remaining ingredients and allow to sit for several hours before serving. They keep up to one week in the refrigerator. 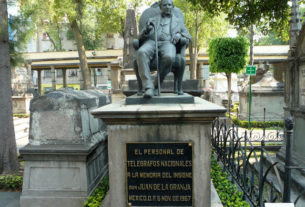