It is incredible what one can do with Google! I’m barely computer literate, but take the word cempasuchitl (sometimes written zempasuchitl), for instance. It is growing all over the countryside now. Its yellow orange flowers and pungent aroma are familiar to us, but I never knew it was associated with the Virgin Mary, nor did I know that, taken as an infusion, it “cureth the trembling of the hart.”

Many years ago I learned the center of this flower could be used as the poor man’s saffron. A textile design artist in San Miguel de Allende showed me how to make a beautiful fabric dye by boiling the flowers in water, and adding a handful of table salt before immersing the fabric, but I didn’t know that most broths are enhanced by adding the petals of this common flower we know as marigold.

The marigold adorns the altars being mounted at this time of the year, and I always associate it with the Day of the Dead. I’ll never cease to be amazed at the difference in our cultures; those south and north of the border. On the other hand, the Day of the Dead in Mexico reminds me of Memorial Days in the United Sates.

I’m not talking about the last day in May or whenever it happens to fall these days, but those Southern Baptist Memorial Days that we called All-Day-Singing and Dinner-on-the-Grounds. Every country church had their own Memorial Day, and if you were smart and in good standing in the community, you tried to make them all, regardless of your religious leaning. The vittles were delectable. There was no set date as in the Day of the Dead, November 2nd, but it was always sometime during the summer.

Families gathered at the cemeteries the day before the Big Day, much as they do here in Mexico on the 1st of November, in order to clean the graves of the summer weeds and repair damages to tombstones. As a child, I remember that somebody gave me a rag and told me, “Go dust the pews.” Plastic flowers were unknown in those days and we certainly didn’t know the Mexican art of turning tissue paper into flowers. We simply picked what we had growing in the garden. Do you see a big difference?

We didn’t keep vigil throughout the night before our church festivals, nor did we mount altars and, if we had done so, we certainly would not have laid out a package of Camels or Lucky Strike cigarettes in memory of a loved one. You can bet there was no tequila, beer or even moon-shine either, but they were great gatherings, and oh, the food!

Make-shift tables were set up under the pine trees by laying rough wooden planks across saw-horses. Each lady in the congregation tried to out-do the other in preparing those mouth-watering dishes to be spread out on the snowy white, usually hand-embroidered, table cloths. Miss Thelma Tennyson was famous for her moist seven-layer coconut cake with its one-inch thick icing. Jamie Jenkins fried the crispiest no-grease chicken, and Miss Ella’s potato salad secret was to add a spoonful of her sweet chow-chow relish along with the mustard and mayonnaise. There were sweet pickles, deviled eggs by the dozens, fried apple pies, string beans, fresh sliced tomatoes and little green onions. Bread was homemade rolls and it was all washed down with what we called sweet tea – Lipton’s with sugar added, no lemon.

On one of these Memorial Days, the preacher was just finishing his long-winded prayer which began with, “Loooord, finger around the heaaaart and make it holeeey!” when Miss Brownie Murphy turned to her semi-deaf pew mate, Beulah Staples and said, “Well, Aye put buttah in myyuhn!” The preacher A-mened us and we filed out to the pines to find out where the butter went. Reminds me of some of the attentiveness, or lack thereof, I have seen in some of our Mexican mountain churches. I don’t see a big difference.

From Germany to Talpa

Talpa’s cemetery has about tripled its size in the past ten years. The dates on some of the stones are indiscernible, but there is one that fascinates me and I wish I could find out more about the man whose bones lie under the sod. His tomb is not the oldest, and no longer the biggest or the fanciest in the graveyard, but what I’ve been able to find out about the man draws me to place flowers at his grave on the Day of the Dead.

Albert Koch, born in Germany, brother of Robert Koch, the renowned bacteriologist who discovered the tubercle bacillus in 1882, found Talpa de Allende, probably in the mid to late 1850s. Koch was in the mining business, same as his father back in Germany. He installed a telephone system that connected the mining villages of Talpa, Mascota and San Sebastian with the principal mining centers in Mexico. The telephones were imported from Germany. He also printed the first newspaper in these parts, and it was called Echoes from the Sierras. These two forms of communication kept the mining communities connected.

Herr Koch was known locally as Don Alberto. He married a local girl, Paula Padilla who gave him four children. Think of this: A man who traveled across the ocean to ride a horse into the mountains of Jalisco and make a fortune, only to die from a lowly scorpion sting on November 24, 1896. He deserves a bouquet of flowers on the 2nd of November, the Day of the Dead.

Nine years ago the ruling fathers thought this town should have an annual guava fair. Coffee and chicle are also featured, but it’s the IX Ferria de Guayaba that runs from November 13 to the 22.

Every artisan, and some who aren’t, can set up a stand to display and sell whatever is handcrafted in Talpa. Rolls of guava paste, canned guavas, home grown, locally roasted coffee beans, strawberry coffee, or nut flavored eggnog, jars of figs and peaches, cookies, candies, dandelion wine, candles, and leather huaraches are a few of the items to be found. Sometimes you can pick up a good oil painting, sculpture or fancy needlework for a song. And then, there is the famous chicle art, which is slowly dying.

Chicle or called by its Nahuatl name, chilte, is the gum or resin from a tropical evergreen tree that Mr. Wrigley used in his chewing gum. The gum is collected by slashing the tree in a crisscross manner and catching it in little bags. The resin is boiled in dye baths of Mexico’s brilliant colors to a proper consistency, and then poured into trays to dry, much like we caramel taffy. This colored “taffy” is cut into circles about the size of a tortilla, and hung on a clothesline to dry out a bit more. Chicle craftsmen buy a kilo or so of colored “Play dough” and create intricate figures so real you can almost smell the phony rose or onion. Competitors in this prize-awarding category of the Fair create churches, towns, theatrical and historical scenes by giving life to a resin collected from a tree with their brown fingers.

The old-timers shake their heads in sadness, and say, “This means of creativeness won’t be around much longer. The young ones are too busy with their laptops and boogie carts to work with chilte.”

The wonderful aroma of freshly brewed coffee fills the air as one wanders through the plaza on a brisk morning admiring the crafts the townspeople have set out. Although most of the local coffee is roasted and packaged here, it is actually grown on nearby ranches in La Cuesta, about an hour’s drive from Talpa. When the coffee growers fire up their roasting ovens on the plaza, you run for your cup. There’s nothing like that smell.

The town can’t even make room on its calendar for November 20th, Mexico’s Dia de la Revolucion before an army of Virgins arrive. You thought there was only one? On November 16, Our Lady of the Rosary in Talpa will play Grand Hostess to twelve other icons from the state of Jalisco and the neighboring state of Nayarit.

The Special Events Committee came up with this idea three years ago. The popular Little General from Zapopan, Jalisco and the equally popular icon from San Juan de los Lagos, Jalisco, were invited to come visit the Short One in Talpa.

It seems that a parish priest over in Nayarit got word of this visit, and called up the Events Committee Chairman. “What about mine? She’s just as important as the others. We want an invitation also.”

Of course he was told, “You’d be most welcome, Father, but the publicity has already been printed and posted. There would be no promotion.”

“No problema,” he cried, “I’ll bring my own promotion!” And he did. He brought two musical bands, a group of dancers and an escort guard of Franciscan monks!

You want to guess who got invited the next year?

This should be quite an impressive sight to see the Twelve Queens coming down the road together, led by our own Footless Wonder, Nuestra Sra. del Rosario de Talpa de Allende. 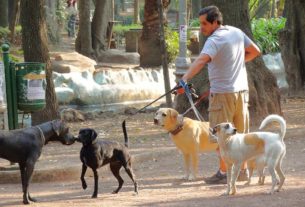