Mythology and Legends of the Nahua People:
Essays on Ancient Mexico

In the mythology of the Nahua people, The Legend of the Fifth Sun is a telling of the past before the existence of the world as we know it today. After the gods created the earth, the heavens and the underworld, a chain of destruction and creation unfolded that caused the existence of five different worlds throughout time. Each world is an Age dominated by the great burning disc in the sky, and therefore each Age is called a Sun.

The oldest account of the legend, a poem written in the Nahuatl language, can be found in the Codex Chimalpoca, also known as Los Anales de Cuautitlan. The legend has several similarities with the ancient civilizations of the Old World.

It’s interesting to note the correlation between the biblical disaster of Noah’s Ark and the destruction of the first age, the Sun of Water. Both accounts tell of a catastrophic destruction in which great floods of water covered the earth. Then, in both accounts, new life begins.

Another comparison between the ancient worlds is the importance given to water, earth, fire and air. In ancient Greece these four elements were considered the most basic parts of matter that make up our world. They also play an important role in astrology, having a special significance to the signs of the zodiac.

In the legends of the Nahuatl speaking nations these elements name the ages of time. For example, as a modern thinker might refer to his or her ancestors as having lived in the Stone Age, an Aztec or a Toltec probably would have said his or her grandfathers lived in the age of Water, Earth, Fire, or Wind.

A final observation of the legend is the emphasis placed on maize (which is indigenous to the New World). This nourishing sustenance is given great importance in each of the Ages and evolves in each new Age. Perhaps these Ages can be fit into historical perspective based on their correlation with the evolution of this staple crop.

“Legend of the Fifth Sun”

The One World, Cem-á-nahuac, has existed for many milleniums. But even before the world as we know it there were four Suns and four Earths. Each Sun ended in a catastrophe, a cataclysm, and each time the world was created again, fatally identical to that before it. A new cycle began, and this cycle brought about an improved form of life. The four primordial forces presided over these Suns — Water, Earth, Fire, and Wind — until the age of the Fifth Sun, the Sun of Movement, which is the Sun we live in now.

The first Age was the Sun of Water, and the first humans were made of ash. They lived in the world, and existed as anyone may, until a great catastrophe came and destroyed them all. Water covered the earth, destroying them, and they were all turned into fish.

In the second Age, the Sun of Earth, humans were giants. These men and women, in spite of their great size, were, in reality, weak beings. When they fell, as in an accident, they fell forever. In this Sun the people were nourished with maize water. But this Sun, too, was destroyed. The people were eaten by jaguars.

In the third Age, the Sun of Fire, men and women lived in the world and were nourished on cincocopi, an ancient form of maize. But they too met a tragic end. The sun rained fire, and all the people were converted into turkeys.

Finally, the people who lived and dwelled in the fourth Age, they ate genuine maize as we know it, our sustenance, discovered by the god Quetzalcoatl. These humans, when they met their final doom, were converted neither into fish nor turkeys, but went to live among the mountains as monkey people. This was the Sun of Wind. The fifth age in which we live, the Sun of Movement, had its origin in Teotihuacan long, long ago. This is why Teotihuacan is called the City of the Gods. It was there that the Gods united to create the Age of Movement. Movement is Ollin. All that exists is in constant movement: rivers and oceans, plants and animals, life itself and the movement of the sun across the sky. This is Ollin, the Sun of Movement, the world we live in today.

The Legend of the Fifth Sun is the song of the Ages. Each Age begins with creation and ends in catastrophic destruction, which then brings about another creation. With this understanding it becomes clear as to why the Aztecs so greatly feared the destruction of the world we live in, the Fifth Sun. Cataclysm and destruction, being naturally occurring phenomena, could come at any time. To many, the Legend of the Fifth Sun is sacred because it preserves the history of our ancestors, whose cultural footprints have left an impression on our lives. 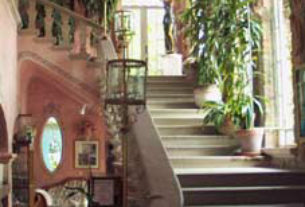 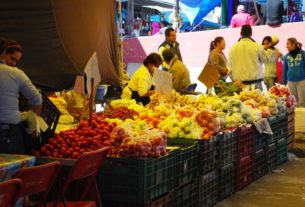