Many of the things we take for granted today didn’t exist in the last century. A case in point is the railroad from Manzanillo to Guadalajara.

The grand celebrations for the inauguration of this line, completed in 1908, were among the finest ever seen in Colima. The Mexican President of the time, Porfirio Diaz, attended in person. During Diaz’s presidencies, which lasted more than thirty years, and which were only terminated by the Mexican Revolution (1910) there was a great spree of building rail lines, partially subsidised by state funds.

By 1888, a railroad had been completed between Mexico City, the capital, and Guadalajara, the country’s elegant second city. A line between the capital and the Atlantic ocean port of Veracruz had already been in use for many years. But the completion of a link from Mexico City to the Pacific, achieved finally via Guadalajara and Colima, was a lot longer in coming….

The system and its rules

The Mexican “General Railroad Act”, passed on April 20th 1899, officially divided lines into those of federal (national), regional (state) and local interest. It ensured that railroad concessions could only be awarded to those companies legally registered and constituted. The companies had to put up $200 per kilometre of line as a guarantee, and lines were conceded for a non_extendable period of 99 years. After this time, they passed to the State. All companies, whether constituted in Mexico or abroad, would be treated as Mexican for the purposes of this and any other relevant law.

Most of the concessions, naturally, fell into North American (i.e. United States’) hands.

For Western Mexico, various lines were proposed. The original concession for an extension of the Central Mexican railroad (which operated the Guadalajara_Mexico City concession) to Tequila had been awarded to that same company in 1895. This line was to follow a circular route through Santa Ana Acatlan, Cocula (home of mariachi music), Ameca, Ahualulco and Teuchitlan to Tequila, returning in a direct line back to Guadalajara.

The State was to pay a subsidy of 3000 pesos for every completed kilometre of track _ by 1898, it had paid out over 200,000 pesos. At this stage, an extension to Zapotlan (today Cd. Guzman) was negotiated, with the same conditions. In return, the railroad company had to give a reduction of up to 45% to any government employees, civil or military, and for any transport of cereals in times of scarcity.

A second concession, open to tender, was for a railroad to Tizapan el Alto, on the southern shore of Lake Chapala via the town of Chapala. This contract was awarded on the 30th of June 1904 to a consortium headed by Jose Narciso Zermeno and Ernesto Mora. They won the rights for 25 years of operation, as long as work began within six months, and at least 10km of working line had been finished within a year. Investors including many of the cream of Guadalajara society of the time, contributed to the one and a half million peso capital of the new company, whose official name was the “Compania del Ferrocarril Jalisco y Michoacan via Chapala S.A.”

This company was convinced that their railroad, once completed, would generate enormous profits, allowing some 118,000 residents of the area around Jiquilpan and Zamora in the neighbouring state of Michoacan access to the Guadalajara market, for the first time. Furthermore, they argued, only 25% of the population in that area are of indigenous race. Clearly they thought that hispanoamericans, rather than Indian mexicans, were to be their route to fortune. Unfortunately, their enthusiasm proved ill_founded and their project never got off the ground.

The railroad to Colima

By the turn of the century there was keen interest in completing a line between Colima and Guadalajara. Manzanillo was already linked to Colima, by the Mexican National Constitution Company, but this line terminated in Colima. In 1898 the franchise for this line was given to the Central Railroad, which quickly began construction. After reaching Tuxpan, 192 km later, however, they ran out of money and (1901) work had to be suspended. Their construction contract was revoked, and the concession given to an offshoot of the same company, called “Central Railroad to the Pacific”, which finished the line in time for its December 12th, 1908, inauguration by President Diaz.

The line had taken longer than expected to finish, partly owing to a tragic accident in 1906 when a landslide overwhelmed a tunnel which was under construction, killing 17 workers. An interesting footnote to the opening of this railroad is that the State Governor of Colima at the time was Enrique O. de la Madrid, whose relative Miguel de la Madrid became national President in the 1980’s.

The 375km of track between Guadalajara and Manzanillo are noted for their fine scenery. Well known guidebook writer and Mexican folkart expert, Francis Toor, described it thus: “The Colima_Manzanillo Train trip is through beautiful agricultural and mountainous country with rivers, small lakes, canyons and volcanoes. The people of the villages, who come to the train to sell popular art objects and food, are especially interesting,especially the women of Tuxpan, Jalisco, in their regional dress. They are of Aztec descent and good looking. The train takes about a day and is one of the most exciting trips in Mexico.”

The alternative: go by road

The poor road conditions at the time she was writing (1948) led her to conclude, “If you prefer to make the above trip in your own car, inquire at Guadalajara with regard to road conditions. There is a dirt road which is fair at some times of the year.”

Road conditions can’t have improved much in the next fifteen years, either, as a then current Terry’s Guide to Mexico explains that “To the Manzanillo area there are two road routes in addition to good communications by air and train. The first and best road is to take highway 15 to Jiquilpan, Mich., and from there highway 110 down to the coast. A shorter and more direct route, highway 80 from Guadalajara to Manzanillo is opened, but the road does not offer comfortable driving yet. Sections are still battered and unpaved.”

Note that neither of the two road routes described is that paralleling highway 54 followed by today’s high speed super highway between Guadalajara and Manzanillo!

The train journey, a much more pleasant experience, took about nine hours. There were “Express” trains leaving Guadalajara every Tuesday, Thursday and Saturday at 11:25pm, which were scheduled to arrive in Manzanillo at 8:40am the following morning.

Doug Richmond, ever quick to criticize, wrote in “Mexico, a travel survival kit”, 1982, that “occasionally a railfan or a masochist arrives by the train that originates in Guadalajara and stops in Colima for a while. This is supposed to be an 8 1/4 hour trip but it usually takes longer, sometimes a lot longer!”. But then no admirer of Doug Richmond’s acid style would ever expect a positive comment!

For many years, the train trip was a very pleasant and relaxing (if slow) way of getting from Manzanillo to Guadalajara, or vice_versa through varied and imposing scenery. The  “regular and second class” train used to leave Guadalajara at 9:00am each day, and made some 35 stops at intermediate stations, before arriving in Manzanillo at 5:15pm. The return train left Manzanillo at 6:00am, arriving in Guadalajara at 2:15pm. The price of a single one_way ticket between the two cities, for years, was less than five dollars – the travel bargain of the century! First class trains stopped running in 1991, and, sadly, all remaining passenger services on this line were suspended a few years later, brinigng the era of the Guadalajara-Manzanillo passenger trains to an end. 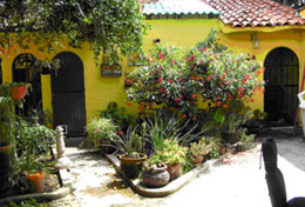 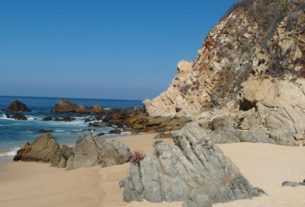 Cabo Corrientes: Beaches in Mexico with nobody there

How much are you paying for electricity?