Readers of MexConnect magazine are sharper than the average turkey. They monitor the news, spot little headlines and hear tidbits and rumors related to Mexico and immediately check to see what the old gringo knows.

Depending on the subject and how much really good Mexican coffee he had with breakfast, ability to inform fluctuates. His level of knowledge ranges from some, to a little, to not much but he keeps trying.

Answer: Yes, if you count exhibition games as the real deal. The San Diego Padres and Houston Astros will play two spring training games in Mexico City on March 26-27, 2016. This is part of baseball’s ongoing effort to grow the game.

Mexico is a fertile field. It has a rich baseball background. You don’t have to teach Mexicans which way to run around the bases.

Interesting sidelight: MLB has decreed that all teams must have a Spanish translator by opening day. One-fourth of all major league players are from Spanish-speaking countries. Those who can’t do English have been getting by with help from team mates but baseball has figured out that good things might come from improved communications.

Question: Do Canadians on holiday cause more trouble than other nationalities?

Answer: Of course not. Don’t measure all Canadians by Justin Bieber. Some are better singers.

Justin was kicked out of Tulum, a Maya archaeological site, because of behavior, not because he is Canadian. The official explanation (but don’t quote me) was he tried to climb onto restricted ruins for a photo opp. Motivation could have been something in his lemonade.

Canadians do get involved in some exciting incidents and they respond with vivid descriptions. Take the case of Bruno and Elizabeth Huber of Vancouver. They were on a bus tour in Chiapas when some rowdy protesters blocked the highway.

“We didn’t know what was going on but all of a sudden there were these young people with sticks and face masks, and there was a lot of screaming,” said Bruno.

“They told us to stay on the bus and get off the bus. It was chaotic…. they were screaming that if we don’t listen to them, people would be dying. I didn’t see any guns but I saw machetes and sticks. They beat on the bus as the army was coming to rescue us.

“I tried to call the Canadian embassy but it was closed.”

The way I read it, Bruno is one fine reporter/storyteller.

If you are keeping score, three Canadians for every 100,000 visiting Mexico each year are assaulted or killed. Some of the headlines are spectacular.

Question: Do you suppose the blood lust of the Aztecs led to the ruthlessness of today’s Mexico drug cartels?

Answer: As previously stated, I did go to school and I have been mistaken for wise in the ways of the world and I do know a wee bit of ancient and modern history — but I am no match for that question.

There is evidence that the Aztecs sometimes cut out the beating hearts of captives and chopped off heads for good measure. We know for a fact that the drug guys lop off an occasional head and hang it on a lamppost. They break hearts but I don’t know about cutting them out.

Brutality probably didn’t start with the Aztecs and probably won’t end when all Mexican cartel people shoot each other. Mankind is sometimes cruel.

Question:  Do you know of any ukulele players? I could use a couple of lessons. How much fun it would be to start the Ukelele Orchestra of San Miguel de Allende.

Answer: I do not know of any ukulele players but check Patzcuaro. A multi-talented fellow can sometimes be found sitting on the square, watching the girls and looking for trouble.

Answer: The pay increase was 4.2 percent to an inspirational 73 pesos per day, regardless of where services are provided.

Fortunately, many earn more than minimum. Unfortunately, about 40 per cent of the people in Mexico live in what much of the world would call poverty. That means barely adequate housing and maybe enough food. That 60 per cent are now middle or upper class is one heck of an accomplishment.

Those without money usually depend on others – extended family in most cases. Poor guys still trying jump at any odd job available. They may scavenge whatever is loose, firewood for example, to sell for whatever they can get. Some pick up plastic bottles and aluminum cans. Mexico is not big on welfare. Poverty might explain some illegal activities.

One said to the other in Chicago English: “This tastes just like orange juice — only better.” 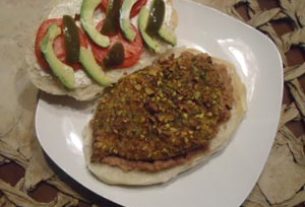