Controversy is a fact of life. Complete agreement on any subject is hardly to be expected. The study of Maya hieroglyphs is no exception. In fact, scholarly differences of opinion can be just as vicious as political infighting. While most Maya scholars and researchers acknowledge the importance of the breakthrough in the decipherment of the Maya system of writing, not everyone is convinced that this achievement radically changes our conception of the ancient Maya. For example, in The World of the Ancient Maya (Ithaca and London, 1981, 21-23) J. S. Henderson concludes that “…inscriptions cannot provide the primary framework for reconstructing Maya civilization.” Among his reasons are the following: the propaganda value of inscriptions to the rulers involved, complications resulting from the Maya concept of cyclical time, and the possibility that later rulers revised history to their own advantage. While there may be some merit in these objections it does not follow that “…the material record of artifacts and architecture provides a much more inclusive basic framework for Maya history” [i.e. than Maya inscriptions]. It may even be true that some recent Maya epigraphers have at times been somewhat carried away in their boundless enthusiasm over the decipherment of yet another hieroglyphic symbol to add to the growing list of successful and verifiable readings. One might also be a little suspicious at the remarkable number of “ground-breaking discoveries” in the course of the decipherment. However, it is difficult to see how we could even begin to reconstruct Maya dynastic family history and warfare among neighbouring city-states of the ancient Maya without the use of written texts.

Let’s look at a few examples.

Even in the relative absence of specific hieroglyphic texts details of Maya social and political life can be gleaned from symbolic art works, which, in a sense, are written texts in their own right. Chichén Itzá (“The Mouth of the Well of Itza”) in northern Yucatán dates back to the classical period (A.D. 700-900), although it assumed its greatest importance around the 11th to the 13th centuries. The Great Ball Court at Chichén Itzá includes the Upper Temple of the Jaguar and the Lower Temple of the Jaguar. These important buildings occupy a strategic position in the architecture and significance of the Ball Court. The Ball Game was not (usually) a sport; rather it was a metaphor for life and death signifying the struggle between life and death, warfare, and the gateway into the Otherworld. In playing the game the Maya renewed their concept of creation.

In The Code of Kings (New York, 1998, 197 ff. Recommended reading) Schele and Mathews interpret seven sacred Maya temples and tombs in the light of recent advances in the decipherment of the Maya hieroglyphs. One of these is the Great Ball Court at Chichén Itz&aacute. The importance of the Ball Game and its role in the dynastic history of this famous Maya city are amply illustrated in the historical narrative as presented in the elaborate murals in the temples adjoining the Ball Court. The Upper Temple of the Jaguar contained a series of mural paintings on panels in the back room depicting the wars of conquest by the Itzá Maya to assert their right to rule. Although badly damaged and impossible to see now, they can be reconstructed from paintings made by an English artist in the late 19th century. Located outside the wall of the Ball Court, the Lower Temple of the Jaguar can be seen from outside the enclosure. Spectators could look directly into the interior of the temple and see the rituals that took place there.

Imagine the wonder and awe of a Maya visitor from the country standing in front of the lower temple and gazing upon the entire dynastic history of the divine ancestors carved on the five registries or panels over the entrance.

Beginning at the first and lowest registry, twenty four ancestral figures walk toward the centre, many accompanied by name signs above their heads. Since these murals are in the form of pictographs rather than complicated hieroglyphics, they could easily be read even by non-literate spectators.

In the second panel the figures walk towards the centre of the panel. They carry a variety of weapons and are identified by the name signs floating above their heads. The central figures are important for showing how the Feathered Serpent was brought in to serve the community. The central figure is a ballplayer who holds a gold mirror, symbol of political authority at Chichén Itz&aacute. The mirror is also the sacred object that opens up the portals of the Otherworld. K’uk’ulkan (Quetzalcoatl of the Aztecs), the Vision Serpent, rises up from behind the sorcerer ballplayer towards the panel above.

In the third panel, the head of the Feathered Serpent rises up from the level below and comes up through the ground at the feet of figures marching toward the Feathered Serpent’s head at the centre. The leading figure wears a snake skirt and has female breasts, probably the prototype of the Aztec Cihuacoatl (“Woman-Serpent”) and possibly the forerunner to Coatlicue (“Serpent Skirt”), the Deity of Duality represented by the Aztec statue in the Mexico City museum. This registry signifies the role of the founding ancestors in linking the city to the Otherworld power of the Feathered Serpent.

The fourth panel is above the doors, so that the registry encircles the entire room. Twenty-six figures dressed in “Toltec” warrior garb dance around the panel to meet in the centre of the western, interior wall. The two central figures meet above the Feathered Serpent scenes below. One carries the pointed headdress of rulers, but he bows towards the man in front who carries weapons and dances among the folds emanating from the Feathered Serpent. This is said to represent the moment of creation when the founding ancestors of the Maya received their divine right of conquest from the Feathered Serpent.

In the final and uppermost panel, the narrative reaches its glorious climax. A procession of warriors converges on a large disk representing both the sun and the magical mirror from which the remote ancestors appear. In the centre of the disk is the original ancestor and the first occupant of the Jaguar Throne, the earthly representation of which is actually located at the entrance between the pillars just below and in plain view of the spectators. The Jaguar Throne stone itself was thought to have been set up on the day of creation and so symbolized the power of the Itzá Maya from the very beginning.

While it is true that the densely packed figures on the murals at Chichén Itzá are more pictographic than hieroglyphic, in some ways the meaning is clearer than in strictly hieroglyphic texts – at least they would have been clearer to a non-speaker of Maya. Likewise, the Mixtec-Aztec writing system with its mixture of pictographic, ideographic, and phonetic elements was actually more universally understood than codices or inscriptions in the Mayan language, where one had to know the underlying language to understand the message.

There is no doubt that Maya history really begins to unfold with the ongoing decipherment of the Maya script. At Copán, for example, we have the famous hieroglyphic stairway 33 feet wide with 63 steps, completed in A.D. 700 and containing thousands of individual glyphs. Yaxchilán, too, is noted for its numerous stelae and panel reliefs and it was from the fine stelae and panel reliefs of Piedras Negras that Proskouriakoff was able to determine that the inscriptions were actually historical accounts and genealogies of dynastic families, not simply astronomical or religious subject matter. At Tikal, especially, we can see history proper begin to emerge from the inscriptions on the stelae and other stone monuments. These records are not, as E. Thompson mistakenly thought, dedicated almost solely to priests and the worship of time; rather they are records of rulers and their wars and major conquests.

The picture that emerges, like that in ancient Greece, is one of political intrigue, dynastic rivalry, and, at times, an almost constant state of warfare among neighbouring city-states. In A Forest of Kings (New York, 1990, 145 ff. Another recommended read) Schele and Freidel trace some of these conflicts as revealed in the inscriptions, for example the rivalry between Tikal and Uaxactún. Around A.D.320 – 376 Great-Jaguar-Paw of Tikal came to the throne and changed the destinies of both cities for ever. On this occasion, Tikal defeated Uaxactún on January 16, A.D. 378 under the leadership of Smoking-Frog, a famous warrior. More significantly, the nature of Maya warfare changed radically at this point. Stela 5 at Uaxactún shows Smoking-Frog as victor but in a Tlaloc-Venus costume, indicating a new type of warfare, borrowed partially from Teotihuacán. This was the beginning of the so-called “Star Wars” of the Maya, in which the time and the nature of the conflict was determined by astronomical calculations rather than by expediency alone.

The Caracol-Tikal-Naranjo wars in the 7th century can be at least partially reconstructed from inscriptions on the stelae. Here, as elsewhere, the records show a complex political, economic, and social history of Maya civilization, consisting of alliances, wars, and marriages. While it is true, as critics of the Maya hieroglyphic decipherment like to point out, that the extant records deal almost exclusively with the aristocratic levels of society, we can nevertheless learn a great deal about significant social and cultural changes that must have affected the lives of Maya commoners. For example, the institution of a new concept of warfare in which battles were actually timed to coincide with particular dates in the Venus cycle and other astronomical phenomena tells us something about the social conditions under which the majority of the Maya lived. With the Maya “Star Wars,” we may compare the mystical militaristic concept of Montezuma’s counsellor, Tlacaellel, which resulted in the institution of the Aztec Flowery Wars in which enemy combatants were taken prisoners for sacrifice rather than killed outright. Every little piece of the puzzle adds to the larger picture. We will never have all the answers but it is obvious that the Maya were not simply serene wise astronomer-priests eternally engaged in the contemplation of Time, at least not as envisaged by an earlier generation of Maya scholars. The present historical picture, however, takes nothing away from the real intellectual and spiritual accomplishments of the ancient Maya. 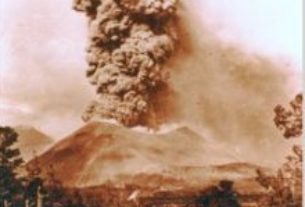