The curving expanse of the Bahia de Navidad greets a rocky headland at the west-end of Melaque. The tranquil cove is sheltered from the open sea behind a tier of craggy sea stacks. Around the rocky headland nestles another small cove called Cuastecomate. Six years ago I visited this spot by driving the three miles on the highway from Melaque. This time I resolved to hike there over the rocky headland. But first, I needed to scout out a route. My morning walk began by passing the earthquake-ravished remains of Hotel Melaque where a mother pig and her bevy of piglets now roam the vacant grounds. I headed towards the informal campground spread around the bottom of the rocky cliffs above the cove.

The years before, the north end of the wide, bumpy Avenida Las Palmas continued from the village on its dusty way towards the cliffs. A small bridge crossed a muddy estuary, patrolled by a host of long-legged white egrets. Now the road abruptly curves towards the beach to avoid plunging into a recently carved canal. I searched for a suitable spot to cross. When the tide pulls out, it leaves sandy flats raced by rivulets from the canal. I breached the largest one by a wide plank and scrambled up the low slope to the campground. A resident gringo explained to me that the canal and access road were improved following the terrific flooding of the fall. These efforts hopefully promote drainage and prevention of future problems. The improved but longer access road at the base of the cliffs now winds back towards Highway 200 and Melaque.

As I walked towards the highway, small butterflies and birds fluttered from the bushes and across the dirt road. Among flowers and fruiting trees, concrete shacks roofed by palm leaves or sheet metal, congregate erratically at this far west-end of Melaque. A large ramshackle pen woven from bent and gnarled tree branches appears across the road from a tidy hamlet. Curious, I looked over the side. A huge snout erupted beside my face, nearly knocking me away from the pen! The mother pig and her ravenous offspring squealed voraciously demanding the breakfast that they thought I had brought. Around the corner of the pigpen I noticed the left turn-off for another dirt road that starts the steep climb up the cliffs of the rocky headland. This appeared to be a starting point for a hike to Cuastecomate. However I turned right onto Highway 200 and walked back east towards Melaque.

The next morning, I managed to convince my twelve-year old daughter, Rose, to hike the hills to Cuastecomate. Her older brother, Josh maintained vehemently that he doesn’t “do” hikes anymore! Following dawn’s first light we ventured towards the highway. The coolest time to hike is between six and ten a.m. As we approached the hamlet with the pigpen, loud boisterous shouting mingled with singing to disrupt the morning calm. Several dark figures lurched across the highway ahead. “Turn around quietly and head back the direction that we came,” I whispered to Rose. “These guys are probably just coming home!”

Back at the hotel, Rose decided that her bed beckoned her back to sleep. So I ventured forth away from the highway of the lurching figures. As I again walked Avenida Las Palmas towards the west campground, eight swiftly walking gringos overtook me. “Where are you heading?” I asked the person bringing up the rear. “We’re hiking to the next cove of Cuastecomate over the hills,” replied the elderly woman. “That’s where I’m heading,” I said, “May I join your group?” The woman agreed, “I’m sure that will be fine. It’s an informal hiking group, that meets every second morning by the La Playa campground.” La Playa is Melaque’s one formal campground on the main beach, crammed with long term recreational vehicle campers.

Although the youngest in the group by ten to thirty years, their pace left me near breathless! The hikers followed Avenida Las Palmas but instead of veering left towards the beach, they headed down a trail through the scrub. The trail crosses the canal via a simple wooden bridge, with the nickname “Bill’s Bridge” carved across one railing. We passed the hungry pigpen and started climbing the steep dirt road that hugs the side of the far-west hill. A grizzled Mexican on a single gear bicycle rode silently past on the incline without a break in his pace. High above the Bahia de Navidad, its twin towns of Barra de Navidad and San Patricio/Melaque spread below among a lush feast of plantations. The eastern horizon steadily gathered up its strength in pastel hues. Suddenly the large red, glowing orb of the sun burst into view. Another Melaque sunrise in full radiant glory!

After half a mile the hikers turned off this road, which carries on towards the large palapa restaurant that clings to the top of the cliff at the road’s end. Placidly chewing their cud, brawny Brahmin cattle surveyed us from a wattle-woven pen. The road deteriorates to a major cattle path that rises and falls along the contours of the small ravines. The dew-laden bushes brushed and scratched at our legs on the shady side of the hills. Sometimes the nasty tangle of a barbedwire gate interrupts the hiking. Huge steaming piles of dung herald the presence of cattle. Vigorous debate began as to personal strategies of bull avoidance. Stories swapped between hikers when suddenly we turned a corner into a Brahmin herd! Fortunately the bulky bull continued chewing his cud as quietly as his cows. Skirting a wide berth we continued on a path that climbed up the next rocky hill.

The choice of cattle paths provoked a dispute at every junction. The most outspoken hikers included Edith, a diminutive American white-haired woman of eighty-four years and Peter, a tall rangy British Canadian of fifty-four years. The two argued passionately about the best path to Cuastecomate. Edith marshaled the information gleaned from her long-term snowbird status in Mexico. Peter brought veteran hiking experience to his leadership. A small-scale war of independence broke out on the cliffs of Mexico!

Peter argued for our need to retrace our steps to a previous turn-off. He based his decision upon his recent hiking experience to Cuastecomate. Edith, also a veteran of hiking these hills suggested a different path. Earlier in the rainy season before the cattle trampled their fresh trails, Edith lost her way in the hills. A night spent sleeping on a small beach made her adamant about the correct direction today! Both agreed that an old hermit had once inhabited a hut on the top of this cliff. Once the remains of the hut were discovered, then both could get their bearings. The cliff was covered with high wild grass, still lush from the recent rainy season. A dozen years ago, Edith stated that fruit trees and gardens grew on top of this rocky coastal cliff. The hermit built large concrete cisterns to hold the tropical rainwater before it fled to the ocean. However today a small wooden cross lay facedown, deep in the grass near a small cairn of stones. The carved dates suggested a memorial to the old hermit. Edith organized people to reestablish the cross while Peter led another small group to search for the remains of the hut. The wooden supports of the hut still leaned near the edge of the cliff. Large sheets of roofing lay buried in the grass. Panoramic vistas of the coastline spread in every direction. When the hiking group reunited, the sparks flew again regarding the descent to the cove of Cuastecomate.

Relatively unperturbed by the dispute, I enjoyed talking with members of the group, sharing information and stories about the local vegetation and cultural history. The verdant hills abound with bird and insect life. The occasional viewpoint reveals spectacular glimpses of the Costa Alegre of Jalisco. Besides it seemed just a matter of time before we arrived at the cove. Cattle paths crisscross the hills and ultimately head downhill to human habitation and food. The final leg of the hike descends the hill where the Hotel Costa Sur hugs the tiny sheltered cove of Cuastecomate.

Some hikers decided to walk the three miles by road back to Melaque. The remaining four people headed for a refreshing swim in the cove. Melaque’s waves are generally big and boisterous. Cuastecomate’s waves lapped gently on the sandy beach.

To my pleasant surprise, Edith and Peter made their peace and joined the lingering swimmers. After the three hours of hiking, I welcomed the swim. Frequent bus service returned back to Melaque. Time existed to ‘slow down and smell the flowers’ so Edith showed me, a small tree on the grounds of the hotel. Hidden under its dense canopy of leaves, hung medium-size, round fruit. Edith instructed, “This is the fruit of the Cuastecomate tree after which the bay is named.” I thanked her with, “I never would have seen this fruit if you hadn’t pointed it out to me!”

Peter led us to nab showers by the side of the large hotel pool to wash the salt from our revived bodies. He found a tick upon himself and warned us to check ourselves. “I drowned all mine in the ocean,” I quipped. Peter lost his composure and flashed me a smile. Although in a stunning location, the Hotel Costa Sur, seems sparsely occupied and a boon to the traveler seeking a less-crowded spot. The kind of spot that houses three times as many chickens as people! The palapas along the bay, all offer a range of fresh seafood and drinks. One small store supplies local provisions but Melaque’s bustling centro is barely three miles away.

The local bus for leaves Melaque’s main bus depot for Cuastecomate daily. Cabs drive there and will even pick you up there upon request. In smaller places like this, business for cabbies is sparse and they are often happy to accommodate return trips for visitors. 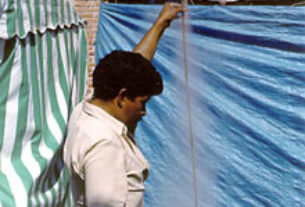 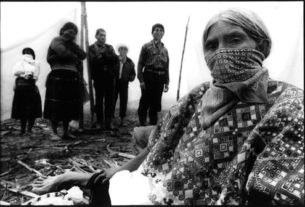