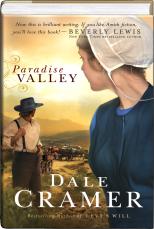 I grew up in “Amish country,” in Ashland County, Ohio, a county adjacent to Holmes County, home to the world’s largest population of Amish (more than a third of Holmes county residents speak Pennsylvania German or German at home). I now live in Mexico. And so, it was a double delight to read Paradise Valley, a story “inspired by actual events,” in which several Amish families — finding new state laws impossible to live under because they undermined their faith and way of life — set off in 1922 to begin a new life in Mexico.

Paradise Valley begins with the arrests of five Amish fathers by local authorities “because we wouldn’t let our children go all the time to the consolidated school.” The judge lectures them that Ohio is a “state of laws,” and that “all children shall attend public schools five days a week from the age of six until eighteen,” to which Caleb Bender, a central character in Paradise Valley, replies: “We are here because we are fathers and we want to teach our children what is best. Who is better to decide what to teach a child than his father? The Bible tells us we are to bring them up in the nurture and admonition of the Lord, so this is what we try to do. We teach them to love Gott and neighbor, to work hard, to care for the land, to provide for their family, to cooperate with their neighbors and to help widows and orphans. A little schooling is gut, but your consolidated school is full of the world. If we leave our children so much time in the school of the world, they learn other ways.”

A “cultural impasse,” as the judge notes. The fathers are sentenced to sixty days in the county jail unless they sign a statement agreeing to comply with the state laws. They refuse to sign.

Persecution had driven them to Ohio, now persecution would drive them from Ohio. Praying for Gott to show him another way, Caleb discovers on a bulletin board “a piece of paper bearing a bold one-word headline that caught his eye and would, he knew instantly, alter the course of his life. MEXICO. Underneath that, in smaller letters, were the words LAND FOR SALE.” In smaller print he read: “Paradise Valley — five thousand acres of prime, flat, fertile farmland nestled in the Sierra Madre of northeastern Mexico, only a hundred miles from the American border.”

The following Saturday, several Amish families gathered at Caleb’s farm to listen to his proposition — a new life in Mexico just south of the border. For the few families willing to follow Caleb to Mexico, “It would be hard. Pulling up stakes and leaving behind everything familiar, breaking ground in a new country without the help of neighbors, learning a new language, building a home, digging a well, feeding livestock, putting up barns and fences, all while planting crops to fend off next year’s hunger — it would be a massive undertaking.”

Caleb’s daughter Rachel, only two months from courting age, had already fallen in love with a young Amish neighbor, Jake, whose family was not going to go to Mexico. Rachel knew “without the slightest doubt, she wanted to spend her life with Jake,” and “now her father was going to haul the family to Mexico, a thousand miles away.” Charming Amish wisdom often surprises us with delightful ideas. Jake’s father tells his son how to choose a woman: “Why, it’s easy, son. Just remember when you choose a girlfriend, don’t choose so much the girl. Choose the friend.”

Once they arrive in Mexico, they begin settling in, and the days are long and hard… digging wells, learning to build houses and barns with adobe, planting corn and beans and potatoes, learning Spanish, discovering the generosity of the local Mexicans, and even creating a school, to serve Mexican children as well. Caleb, like all who have made the move to Mexico, sometimes ponders: “Have I been foolish? Was it only blind stubbornness that brought my family, and now our friends, to a place half a world away where bandits roam the roads, my sons plow among snakes, our babies crawl among scorpions, and no one speaks our language or shares our beliefs? What have I done?” 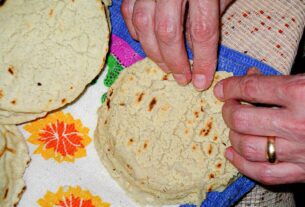