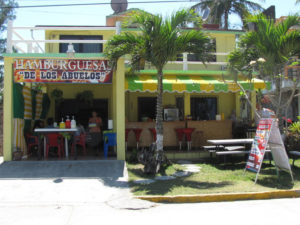 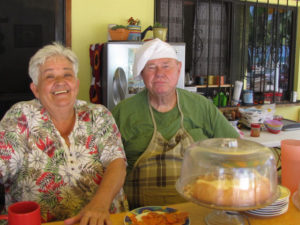 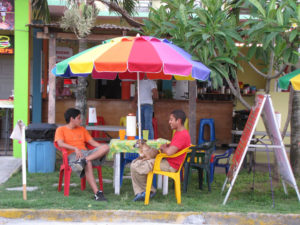 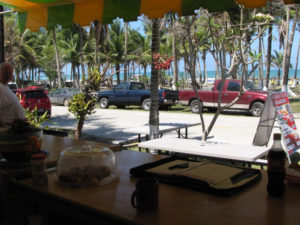 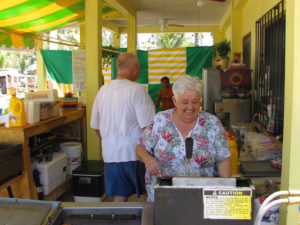 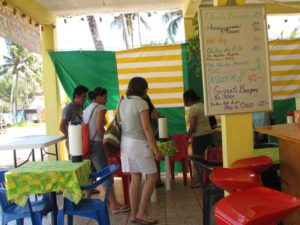 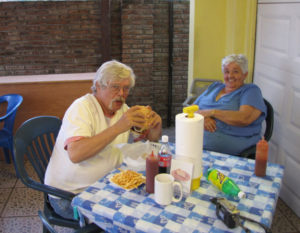 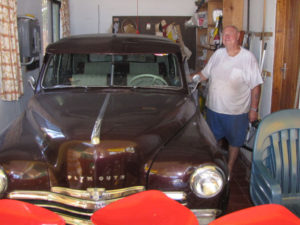 Retiring in Mexico means different things for different people. But an American couple in tiny Tecolutla on Mexico’s Emerald Coast have forged a unique and fulfilling lifestyle by taking the road less traveled.

I’d been through the area many times before learning of this unlisted, unadvertised restaurant. I’ve enjoyed it over the four years since and hope it reopens for my eating pleasure in the future. But, let me carry you back.

I was sipping lemonade at a roadside shrimp shack in Costa Esmeralda, Mexico when my friend asked, “Have you met the Hendriksens at Tecolutla? They opened a restaurant over there.”

The Hendriksens sounded like retired Americans who knew how to both enjoy and properly settle in Mexico. Despite driving past the Zamora-Tecolutla turnoff dozens of times, I’d never visited. I decided to swing by the next day on my way to the ruins of El Tajin.

Off early and heading north, I turned right into Zamora. Cracked cement lanes meandered through yet another of Mexico’s picturesque cities I’d never properly explore and enjoy. Despite a few confusing street signs, I quickly wove my way through and onto the highway to Tecolulta, five miles distant.

Grazing cattle and sheep, banana and citrus trees boarded the highway until suddenly Tecolutla sprang to life — a typical beach town with a thriving central area. I circled the crowded little town several times noting the mixture of hotels, beach shops and fruit stands. It appeared few Americans visited, so I asked a fellow getting off his bicycle, “Where are the Americans who have a restaurant?”

He pointed to the lane that served as the beach drive on one side of the town. “Los Abuelos (the grandparents).”

I cruised the beach drive sightseeing and watching for anything hinting of America. To my left was a line of nearly empty beach hotels almost two miles long and on my right beach, palms and palapa-covered restaurants. I U-turned at the end and asked a guy trying to get tourists to pull into his lot. Like the first fellow, he pointed down the lane and said, “Los Abuelos,” and added, “on the corner.”

I pulled into # 9 Augustine Lausa Street and the Restaurant de los Abuelos. My reward was meeting two of the warmest people I’ve ever discovered. Lois and Kai Hendriksen, a youthful sixty-five and seventy respectively, were busily preparing to open. But they took time to enlighten me concerning life at Tecolutla.

The couple settled in Tecolutla ten years earlier. Immersed in the local Mexican culture, the Hendriksens became fluent in Spanish. They opened their 1950s-themed restaurant in 2006 and from 4 to11 p.m. on Friday, Saturday, Sunday and holidays, their front porch and yard is transformed.

Kai retired from a naval career, but they both love the sea. They have about as great an ocean view as possible from their home even when the front porch is serving as the town’s favorite restaurant.

As we talked, Kai, Lois and their helper stayed busy and transformed the porch and yard into a ’50s hamburger stand. I discovered I wasn’t the only hindrance to their preparations, for natives honked driving by or stopped and talked with los abuelos. Kai’s pride in being a short-order chef showed through our general conversation. “The population is about 5,000, but swells to 300,000 during Semana Santa, and Easter week that follows it. This two-week Easter celebration is the biggest holiday in Mexico. We’re probably the only restaurant that can be profitable without the tourist traffic.” A great smile covered Kai’s face. “Many local children insist on having their birthday parties here.”

“You need to stop in the evenings sometimes,” Lois said. “The Mexicans love our ’50s rock and roll as much as our generation. People often dance in front and on the street.”

Kai walked a few feet to the garage, fired up his black 1949 Special Deluxe four-door Plymouth and eased it forward a few feet. I snapped a picture as he got out and a broad smile lit his face. “Hey, you could wait until I get changed into my restaurant clothes.”

Kai is a big man. The first eight years in Tecolutla, he played Santa. I imagine he was as good a Santa who ever ho-ho-ed on the east coast of Mexico. Lois brought me up to date on their Christmas work. “We quit about two years ago. Several local people who helped us moved away and we received donations from the States. But, it just got too expensive. Santa was giving away 2,500 bags of candy every Christmas. But losing the help required to serve so many children was the main reason.”

For those considering retiring to Mexico, I believe Lois and Kai’s style should be emulated, rather than moving to a self-contained American community within Mexico. The real estate costs are much lower and a new world opens for the person willing to immerse in the warm Mexican culture.

Americans with experience in Mexico know the layers of history; culture and society are deeper than in the United States. How many times have we visited a city or region several times before discovering a pyramid, famous church or spectacular garden we never knew about? Finding the Hendriksens taught me to start keeping an eye open not just for unadvertised spectacular sites, but for what fellow expatriates might be up to in a town I’d be interested in.

This New Year, Kai and Lois needed to close Los Abuelos and return to the states. They’ll remain great friends but until they reopen Los Abuelos, I’ll suffer hunger pangs and withdrawal every time I pass near Tecolutla. (I actually took a forty-mile taxi ride one trip just to enjoy a burger there — Americans living in Mexico for long periods can explain the hunger for a true burger.) It was something extra special to not just find a true American cheeseburger in Mexico, but an old fashioned burger, better than we get in the States these days. Hurry up and come on home to Tecolutla Lois and Kai. I’m already hungry just thinking about my next trip.

Lois and Kai are more than willing to share their knowledge with Americans interested in Mexico. You won’t find a better resource if thinking of retirement. Write them at: [email protected]. 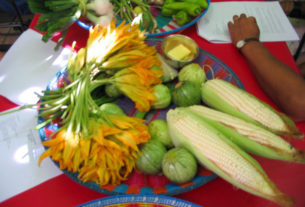 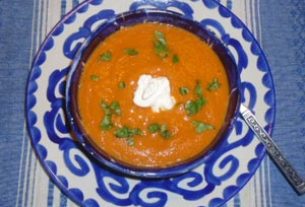 The carrot: A year-round Mexican resource