When we moved to Mexico in the 1980s, berries were not a common sight in the produce markets. There was a seasonal appearance of local blackberries in cooler regions, and a spring strawberry season, but blueberries were nearly impossible to find in most town markets, and raspberries were even less common.

Home cooks in the mountainous regions of Central Mexico, notably in the Sierra of Puebla, had long been using the area’s abundance of blackberries, called zarzamoras or just moras, in preserves, liqueurs and atole, the nourishing corn gruel that is a nutritional mainstay in much of Mexico. And in upscale Mexico City restaurants, such as the Hacienda de los Morales, duck in blackberry sauce was — and still is — a popular menu item.

Strawberries were used to decorate the intensely sweet desserts that graced the windows of pastelerías, and are still among the most typical garnishes for pastel de tres leches, the rich, creamy cake served on so many special occasions. Strawberries have a well known affinity for cream, but it turns out that for some people they also go well with tequila, and the strawberry margarita — whether purists liked it or not — spread from U.S. bars to Mexican resorts and restaurants. (The popularity of the strawberry margarita led Mexico’s bartenders to create offshoots like the tamarind, hibiscus, and even watermelon versions.)

Strawberries and blackberries were pretty much it, as far as berries went, so we were surprised six or so years ago when friends returned from Zacatlán, an apple growing area in the mountains, to describe a large blueberry farm they had seen there. A few months later, we went with them on a mushroom foray in the same area, and stopped to see the blueberry operation for ourselves.

In a tin roofed shed, mountains of blueberries were washed and bagged for sale, most to the U.S. and others to Mexican markets. We bought a few kilos, some of which went to the freezer for later use in cobblers and smoothies, and some of which made jam for ourselves and to give as gifts. It was not long after this that we began to notice that all the supermarkets, and some of the municipal mercados as well, had blueberries, known as either mora azul or by their English name, available nearly all the time.

The nutritional buzzword “antioxidant” had been quickly absorbed into the Mexican vocabulary and soon the merits of berries as antioxidants became a selling point. Raspberries, too, began to appear in small baskets, although not as commonly as blueberries. And raspberry-chipotle sauce caught on upon importation from the U.S. Many Mexicans cooks now simply make their own by blending raspberries and chipotles in adobo sauce. This has become very popular served as a botana with cream cheese or as a glaze for ribs.

Today, blueberries, raspberries, blackberries and strawberries are grown commercially during most of the year in Mexico, especially in Jalisco and Michoacan, with the exception of the summer rainy season. The United States still imports 80% of its blueberries from Chile, but Mexican growers are hoping to change this and to increase both blueberry and raspberry exports.

Berries are low in fat, cholesterol and sodium, and high in Vitamin C and fiber. Blueberries and raspberries also contain significant amounts of Vitamin K and magnesium; strawberries and blackberries are high in potassium and manganese.

Berries do not ripen any further after picking, so look for plump, vividly colored ones. Avoid crushed or moldy berries, and store them in an open part of the refrigerator. Do not rinse them until just before they are eaten or used in a recipe. The exception to this is for freezing berries, in which case they should be washed and dried before freezing. Spread them out on a tray until frozen solid, then place them in freezer bags. If freezing strawberries, hull them first. Berries can be kept 3-4 months in the freezer without a loss in quality.

The following Mexican berry recipes reflect the versatility of these tasty little gems. 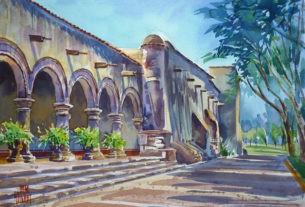