This old gringo, from time to time, receives a flurry of comments and questions. Many are predictable. Where should I visit? How much does it cost? How’s the weather in January? Is it safe to drive?

This message was intriguing: “We are studying symbolism. What’s with the snake on the Mexican flag?”

Answer The big bird with the firm grip on the serpent came down from Aztec legend. The early gods supposedly decreed that the natives should build a city where they saw an eagle, parked on a cactus, considering snake for lunch.

This is the only possible explanation for putting Mexico City where it is, atop what was once a lake — so foundations could sink into the sediment and disposal of wastewater would require an engineering miracle.

One other comment on symbolism: The cartoon of the Mexican male, sombrero down over his eyes, leaning back against the cactus, obviously sound asleep, is a prickly misrepresentation of the national work ethic.

Mexican workmen may wait until tomorrow and still not start on time. They may take long smoke breaks and an occasional sip of tequila. They may play the radio too loud and sing along off-key. But they are not lazy. They will produce for their pesos. They are creative and far more likely to fix things than throw them away.

The welfare state is north of the border.

* * * * *
Question Any truth to the story about polite Mexican police?

Answer Could be you are thinking about the nice, sweet drug raid during a religious service in Apatzingan, in Michoacan. Government agents surrounded a church and arrested some people suspected of moving meth to the United States. Forty others were hauled in for questioning.

The scene was straight from HBO, a gathering of 200 law officers, two Black Hawk helicopters, two armor-plated vehicles and a surveillance airplane mistaken for a mad bomber.

Confiscated from the church parking lot were an assortment of luxury vehicles, fragmentation grenades, automatic weapons, many, many cell phones and $13,000 in tip money from an SUV glove box.

Nobody shot anybody but the priest complained about official lack of respect. My source says the real problem was that the mass removal preceded the collection.

The Mexican government and a federal police spokesman apologized to the church. That may be where the politeness came in.

Question: Do you follow The Hollywood Reporter? What do you know about the virgin movie in Mexico?

Answer: No to the first part. Some about the second and it isn’t what you think.

Joe Eszterhas, who wrote Basic Instinct, Jagged Edge, Flashdance, Showgirls and other R and double-R sizzlers, has signed to do a screen script about Aztec peasant Juan Diego’s stunning 16th century introduction to the virgin of Guadalupe.

Eszterhas and the Virgin? If you think this is a strange match not necessarily made in Heaven, you need to know that Joe got serious about religion after doctors found throat cancer and pronounced him dead-to-be. He felt the impending doom. As he tells it, he collapsed at the side of a street and begged God to help him.

“I hadn’t prayed since I was a boy. I had made fun of God and those who loved God. And now, through my sobs, I heard myself asking God to help me… and He did!”

Joe says he has been looking for a writing subject with redeeming value. Payback?

The converted Joe Eszterhas is gone from Hollywood but remains a complex character. He has been seen in church in sandals, blue jeans and a Rolling Stones T-shirt, carrying a wooden cross down the aisle.

* * * * *
Question My husband’s job may take us to Taiwan or Mexico. I am concerned about our children’s education. Any thoughts?

Answer Mexico education is a story all its own. Here are Taiwan tidbits for your consideration: Public school starts at 7:30 and goes until 5. Top classes stay until 6. Some children grab a snack and hurry to private English lessons.

Not so in Mexico.

Taiwan schools have no custodians. Education money is spent on education. Students form teams to sweep, mop and pick up leaves from playgrounds and parking lots. There are no potato-chip bags blowing in the wind. This is called discipline.

Part of seventh-grade education in Taiwan is to return to elementary school to help teach the younger children. In Mexico, too many seventh graders give up on education and go job-hunting. 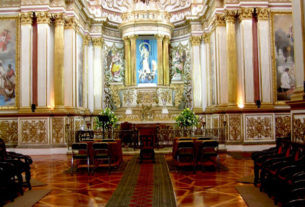 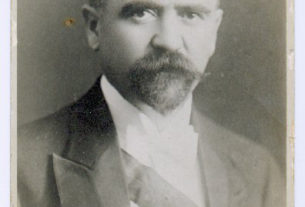