Mexicans love to wear masks, to dance and make music in a blazing display of fireworks, feasting and shooting off pistols. Appearances are deceptive; even the poorest pueblo collects money to celebrate the patron saint’s day, the Virgin of Guadalupe, Independence Day and whatever else calls for gaiety and loud noise. Religious and historical dances can’t be beat for noise: drums, conch shell horns, seed pods filled with gravel and tied around the legs. Many danzantes in the state of Jalisco affix clacking soles to their sandals The dancers wear masks or elaborate feather head dresses.

In Jalisco a magical rite of pre-Hispanic origin is the dance of the paixtle, the Nahuatl word for moss. Twenty years ago they wore capes of moss, today dancers who represent sorcerers dress themselves in a fabric to represent moss and wear wooden or paper masks with human features, covering the head and face with a bandana. Forming two lines, they dance to the music of a violin playing a lovely sone, a type of indigenous music. They make fierce animal cries, shaking a staff carved with the head of a deer from which hangs a string of rattles.

The dance of las plumas or the feathered ones is another one of the principal dances of Jalisco. The dancers, clad in colorful cloaks, form two lines and stamp out the rhythm following the drum beaten by the mayordomo. He is elected to his position and takes charge of all the arrangements for food and lodging when the group dances outside their pueblo. People join the troupe and practice frequently to bring honor to the pueblo. Often they join to fulfill a promise made to a saint. Different troupes add characters to the dance: Aztec kings, historical fights between the Federalists and Centralists, Cortes and even a Texan.

The part of La Malinche is danced by a young girl with a tall head dress of pheasant, turkey or ostrich feathers. Ultimately she accepts Christianity from the Spaniards, bowing in submission. Francis Toor in A Treasury of Mexican Folkways writes, “In this dance the Spaniards are very good religious people who do not want the heathens’ gold; they are only interested in saving their souls.”

Carnivales commemorate battles such as the victory of Santa Ana over the French in Vera Cruz. Sham battles may be staged or dances performed in which the participants wear bearded masks of the pale-skinned invaders.

A memorable mock battle is held in mid August in Zacatecas between the Moors and the Christians. The battle to convert the heathen Moors goes on for several days amid music and merriment. The Moors wear golden crowns and black beardless masks and bring their harems to the encampment. This mock battle on horseback began after the Conquest, and Spaniards took part enthusiastically.

Dancers in lacquered black masks perform the dance of the Moors in Michoacan. Dancers wear crowns of gilt paper, colored feathers and beads and velveteen capes and trousers. The danza is performed on saints’ days and the costumes are embellished with silver fish. Ihuatzio on the shore of Lake Patzcuaro hosts an elaborate dance of the Moors on October 4, Saint Francis birthday.

In pre-Hispanic times masked dances celebrated great events, history, and the deeds of heroes and gods as well as cataclysms like eclipses, famines and earthquakes So the original dances may have incorporated Christian themes during the Colonial era. The dance of the Santiagos is an example, honoring St. James who triumphs over the heathen amid much gaiety and heckling. Probably the original Santiago was a god of the Aztec religion; now he is always depicted astride a white horse. The Santiagos in Michoacan wear silver fishes tied to their waists to symbolize Christianity and may wear wooden masks with black beards. Four of them dance in a line, cutting intricate figures.

Some of my favorite places and dates to see the danzantes are:

Published or Updated on: May 1, 2000 by Cat Gonzales © 2005
Share This:
Tagged Cat Gonzales crafts culture-customs Jalisco 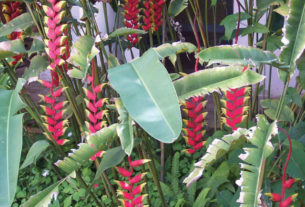 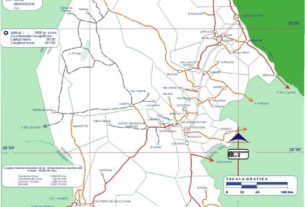