After driving down from Memphis, I broke my foot in Puerto Vallarta in December…the doctor felt that I shouldn’t spend 4 days riding back to Tennessee in a car, so I flew back and my wife drove home with our daughter and our dogs. Figuring that we would be back before April, she didn’t stop to have our auto sticker and papers canceled. A longer period of recuperation than expected prevented our return to Mexico. Now that the auto importation info is computerized…what will happen when we return? Is there anything we should do now?

We had a similar experience in 1995, when we crossed back into the USA at 3 am and were too intimidated by the unfamiliar streets and dark shadows to find the building where we needed to turn in the car permit. (Lesson learned? Get a hotel and cross in the morning!) Prior to a return trip in 1997, I called the consulate in Chicago to ask for advice. They asked me if we had ever been contacted regarding the long expired permit. When I said that we had not, I was told that I would create more of a problem for myself if I tried to turn in the permit so long after the fact. They also suggested that on our next trip, we enter Mexico at a different border crossing. We took that advice, and even though we were driving the same vehicle, we had no problem getting a new permit. Sometimes, it’s best to proceed as if everything is okay…and sure enough, it is.

P.S. I was under the impression in ’95 that everything was computerized. Maybe we were the beneficiaries of a computer crash…

LAREDO DOES CHECK TO SEE IF YOU TURNED IN A PREVIOUS CAR PERMIT!

Laredo DOES check to see if you turned in a previous car permit. We crossed the border in early June and my husband was denied a permit for our car because there was still an outstanding permit for a car we owned 3 years ago. We entered MX in December in our current car and had no problem….but the world of computers has taken over. We have never turned in a permit except to mail in the last few to MX City, in fact did not know we needed to and have traveled by car to Mexico for 30 years! Fortunately, I (wife) am on the title and was able to get the permit. We will have to meet with the Mexican Consulate in our city (Austin, TX) upon our return to get a letter from them clearing up the matter or my husband will be denied a permit for eternity. So, it seems there was a discussion about this a while back and I just thought to update everyone. Do, if crossing the border at Laredo, turn in the car permit at the car permit point of entry before crossing back into the states. I cannot imagine the crossing at Matamoros having such computerization since they did not in December ’99. Does anyone know how you turn in a permit at a different point of entry, particularly a small point of entry that is not up-to-date, to make sure it is recorded in the “apparently” national computer system.

We enter Mexico at different spots, but typically exit at Sonoita/Lukeville AZ, a truly non-town. They have been computerized for a couple of years, also hooked up to the national network, so it is safe to assume that all crosswings are. Simply go to the window that you would visit to get your car permit initially, with your permit paperwork in hand. They usually will come out and remove your window sticker, although I have been known to walk in with it stuck on my finger. They make a few entries in their computer, and VOILA! you receive a computerized receipt that states where and when you bought your permit and where and when you turned it in. Easy, fairly fast, and legal. Talley

I have another question. I was told when I got my FM3 in Chapala that I would need to return to the U.S. and cross the border once with my FM3, then nothing further needed to be done. However, the car was stolen in March before I had a chance to do this. What does one do in this situation?

When your temporarily imported foreign-plated car is stolen, you’re definitely in the realm of physical impossibility of its return to the border. It’s not the first time this has happened. Take a copy of the report that was made to the police when the car was stolen (you did report it, didn’t you?), along with originals and copies of all other relevant paperwork to Hacienda to get that agency’s sanction of the non-return of the motor vehicle.

DID NOT SURRENDER CAR PERMIT – WHAT NOW?

I thought I might go back to Mexico, so I did not surrender my car permit. Now it is about to expire. I called the Mexican Consulate and they said the permits could be surrendered only at the border. Does any one have any ideas other than driving back to Mexico only to surrender the permit? It is a long way to Mexico. Thanks

We drove back to Mexico (from San Antonio) to return our permit prior to expiration. Did the routine and got the receipt. When asked by US Customs what we were doing in Mexico as we drove back, we replied that we had returned our temp vehicle import permit. He laughed at us as he waved us back through. Don’t know the meaning of that reaction!?!

Call the consulate and badger them until they agree to see you. Take the car. Show the consular official that the car is the one on the permit and that it is indeed “out” of Mexico. Ask them for a short letter. Mail by certified mail return receipt showing signature, to: SHCP
Mexico DF
Mexico
Keep a photocopy of the permit.
Believe it or not, this will work.

Since the computerized system is very new, no one really knows exactly what will happen. It may vary between exit and entry points as well. When I got caught with mine not being turned in at Nogales, I had to go get a special signature from another officer in order to bring my next car across the border. Your situation is a good reason to follow the law. If you had turned it in, as the law says you should do, then you wouldn’t be in this situation. The first thing they asked me was “where is your sticker and docs from the other car?” I didn’t even have those. So, if I were you, I would peel off the sticker and bring it with you with the docs, the next time you expect to go through and get another permit. 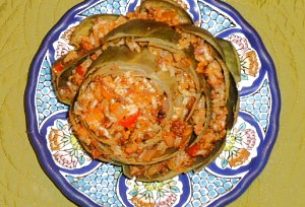