Francisco Madero was a man who was too good for his own good. Naive, trusting, merciful toward those who deserved no mercy, he was in the end betrayed and murdered by those in whom he had mistakenly placed his trust. A rich man’s son whose following included bandits and killers, a teetotaler and spiritualist in […]

Of the leaders of the Mexican independence movement, the one who most resembled Nicolás Bravo was Ignacio de Allende. In my coverage on Allende, I described him as a “law-and-order” rebel, one who believed in independence from Spain but rejected radical transformations of society and detested mob violence. Nicolás Bravo was in the same mold, […]

Rebels, we know, can range from wild-eyed anarchists to sober and judicious opponents of an established order who make a considered decision that the system under which they live is no longer viable. If there ever was a “law-and-order” rebel, it was Ignacio de Allende y Unzaga. Where many who rose against the Spanish crown […]

Probably the individual in history who most resembled Agustin de Iturbide was Charles Maurice de Talleyrand-Périgord, the French statesman who managed to hold high positions in the pre-revolutionary ancien regime, the revolutionary government, the court of Napoleon, the restored Bourbon dynasty and the bourgeois monarchy of “Citizen King” Louis Philippe. Talleyrand, who made opportunism into […] 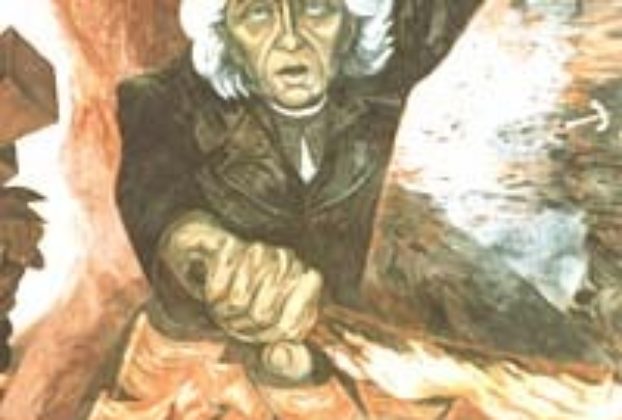 A great ideological struggle is never a day at the beach. Whether its matrix is race, nationality or economic inequality, the fight of the oppressed against the oppressor is always a somber affair. Nobody realized this better than José Clemente Orozco. Born at a time when Mexico was ruled by a seemingly revolution-proof dictator, Orozco […]

With the possible exception of André Malraux, no individual associated with the arts has been involved in direct political action more than David Alfaro Siqueiros. Student agitator, soldier, leader of an assassination squad — Siqueiros was all of those things. Yet he is also considered one the artistic masters of the twentieth century, a member […]

Few movements have ever started out less auspiciously than Francisco Madero’s rebellion against Porfirio Diaz, the man who had held Mexico in an iron grip for 35 years. The maderista movement’s unpromising start had a great deal to do with the background and personality of its founder. Where revolutionary leaders are usually disaffected middle-class intellectuals like Lenin and Robespierre or […]

In the darkest days of the Battle of Britain, Winston Churchill said of the RAF that “never has so much been owed by so many to so few.” To paraphrase the great statesman, it could be said of the Juan Rulfo’s literary output that never has such a small body of work been so widely […]

Where does one draw the line between iconoclastic satire and cynicism? It is commonly said that the purpose of satire is correction and this seems as useful an explanation as any. No matter how brutally a target is lampooned, the satirist usually has a vision of a better world created through a necessary process of […]

Even by the rigorous standards of the Jesuit order, Father Francisco Eusebio Kino was an overachiever. During the three-century colonial period between the Conquest in 1521 and the end of the Independence War in 1821, the Spanish overseas empire produced such great religious activists as Bartolomé de las Casas and Vasco de Quiroga. Yet for pure energy Father […]

The Mexican climate: A thumbnail guide